Jon Bernthal, AKA Shane from the Walking Dead, AKA remember? Rick killed him ages ago? has just been cast as The Punisher for season two of Netflix’s comic book hit Daredevil, coming in 2016.

“Jon Bernthal brings an unmatched intensity to every role he takes on, with a potent blend of power, motivation and vulnerability that will connect with audiences,” Marvel’s Head of Television Jeph Loeb said in a statement. “Castle’s appearance will bring dramatic changes to the world of Matt Murdock and nothing will be the same.”

The Punisher, real name Frank Castle, got his start like many comic book heroes — with the death of his entire family at the hands of the New York mafia. The Punisher, unlike many comic book heroes, is totally cool with murder, torture, kidnapping, and the like to get results. He also wears a pretty badass black and white skull t-shirt that you may recognize from Hot Topics all across the globe. The character has been portrayed in the past by the likes of Tom Jane and Dolph Lundgren.

Daredevil left off in season one with Vincent D’Onofrio’s Wilson Fisk being sent to jail to stare at a wall, Karen Page having to live with killing Wesley, Foggy Nelson sort of still being goofy, and Matt Murdock getting a swank new Daredevil costume and nickname to go along with his blind ninja skills. Rumors have Daredevil arch-nemesis Bullseye and villain/lover Elektra joining The Punisher for season two.

Really all this is a lead-up to the fact that one time Frank Castle punched a polar bear in the face. Your move, Daredevil writers. 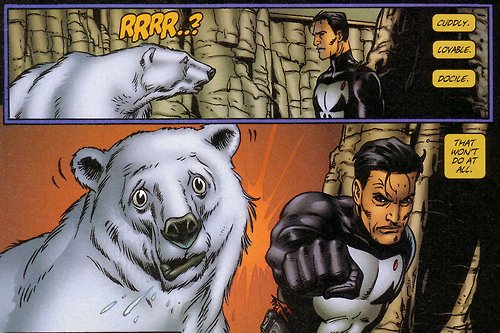 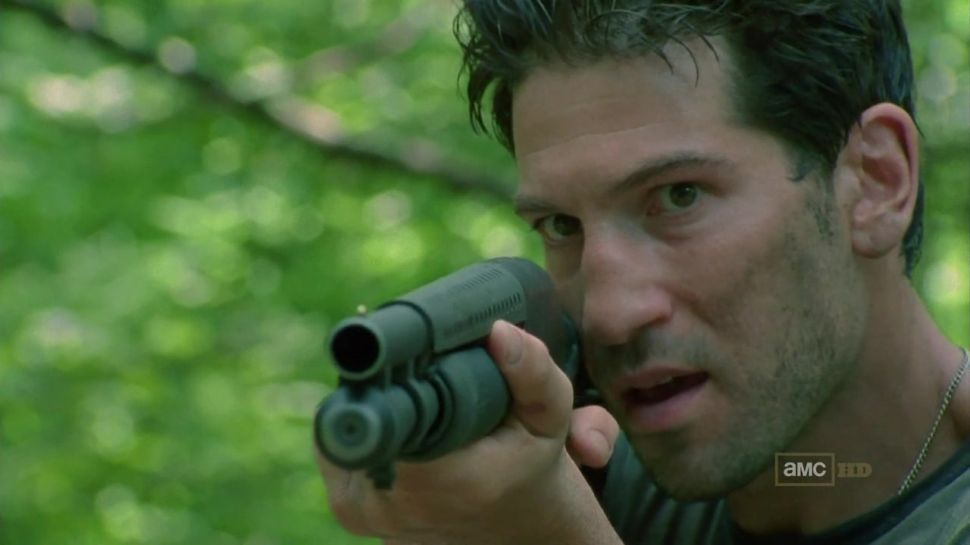