Oh, shutup Wayward Pines. You can’t have someone talk at me in somber tones for forty minutes straight in a vaguely sci-fi-ish way and have me accept that it makes any sense.

This episode was titled “The Truth,” and apparently we learned the truth. But this can’t be the truth,. None of this is the truth, and if it is the truth then the truth is dumb and everyone running Wayward Pines is dumb. But anyway, here’s the “truth.”

Everything we’ve been seeing on Wayward Pines doesn’t take place in current day, it takes place in the year 4028, which is waaaaay into the future for those following along at home. Sometime, presumably after the year 2025, humanity hit a rough patch in the evolutionary chain, and a missing link appeared. That missing link has super hearing, super smell, and is also an unthinking killing machine with a taste for flesh. Unpleasant. Luckily, a scientist named David Filcher saw this coming and created an “ark,” AKA Wayward Pines, which for some reason needed to be located in Idaho. People are brought into Wayward Pines (against their will) by forcing them into car crashes (?), putting their unconscious bodies into “hibernation chambers” for thousands of years, and then waking them up. Only Ben learns this, because only the young people of Wayward Pines need to learn the truth.

Okay. Yeah. Now let’s talk about all the ways this explanation, and this episode as a whole, makes no sense.

First of all, is Ethan’s plan to straight up abandon his family? He sort of ran off into the woods without telling them, and seems to be headed hundreds of miles away to Boise. And Theresa, who we may remember traveled hundreds of miles from home on the off chance Ethan was having an affair, is pretty cool with not seeing her husband for a very long time.

Ethan’s plan is off to a great start, anyway. The first thing we see this episode is Ethan, a trained secret service agent, using his specialized training to fire a shotgun blindly into the woods at small noises.

But the important part is the “orientation” Ben goes through at his high school. It’s broken up into two parts, because they needed to stretch the explanation out over the entire episode. Ben is confused and frightened after the first part, but is consoled by his new girlfriend. “We’re all in this together,” she tells him, which is high school advice that sounds mighty familiar.

Anyway, the orientation is told through a slide show. The first slide shows an empty space outside the perimeters of Wayward Pines, the second is the same space but with a spooky blurry figure. When the teacher, Mrs. Fisher asks what the blur is, Ben demonstrates the sharp-witted intelligence we’ve seen from him all season. “Bigfoot?” he guesses.

I can’t stress how much better this would have been had the teacher responded: “Yes. That is the truth. We can’t leave Wayward Pines because Bigfoot.”

But alas, Bigfoot is not the answer. The answer is the aforementioned missing link, that in a few short years completely overtook society. They’re called aberrations, or abbies for short. Which, honestly, if you want to drive home the fact that they are horrifying blood-monsters you might just want to stick with aberrations. I have a little cousin named Abbie, and she only devoured a deer carcass once and i’m pretty sure that was by accident.

But no, we’re calling them abbies I guess. And abbies are the perfect hunters, and if you come across them in the wild you will definitely die, no questions asked OMG no one has ever survived an encounter with these things ever.

Except Ethan, who outsmarts them with a dead deer, without even knowing what they are. Sigh.

Back at the orientation, Mrs. Fisher hammers home her Powerpoint presentation with some props — dirty coins, dated 2025. Coins, as you know, are impossible to fake. Like, if you woke up tomorrow and I presented you with a coin with the year 2067 on it and was like “sorry buddy, you’re in the future,” you HAVE to take my word for it. What other explanation could there be?

(Now is a good a time as any to point out that this entire episode was either direct or voice-over exposition. If someone was a firm believer that film and television should stick to show don’t tell, they would have actually had a heart attack. It was like they were discussing how to translate this portion of the novels into a TV show, and someone said “how about we…don’t?”)

Meanwhile, Ethan is still trucking through the woods, the same woods that are impossible to get through because of all those monsters. But Ethan gets through. He even has time for a full night’s sleep. Finally, he comes to what appears to be an utterly destroyed Boise, which supports Mrs. Smith’s voice-over explanation that is still happening by the way. Before he can go any further, that creepy doctor swoops in on a helicopter. Turns out, that creepy doctor is THE David Filcher. “Our species has evolved into something less than human,” David Filcher tells Ethan.

Okay listen I’m no scientist, but that’s…not how evolution works. Like, just in terms of word definition that sentence doesn’t make sense. Before I can process this, however, those creatures that somehow evolved into something less than they were before show up, and it’s into the helicopter with Ethan and David Filcher.

The orientation comes to an end with Mrs. Fisher explaining that these kids can never tell the truth to any of the adults. Why? Well, two reasons. One, a kid told his parents this one time and the parents killed themselves, so that’s off the table. Second, well, apparently the adults don’t need to know. They’re not important enough. The children are the future of Wayward Pines, and therefore they are the only ones who need to know the truth.

Let’s pretend for a second that this explantion is actually true. Then, why bother bringing any adults at all to Wayward Pines? If you only want kids to know the truth, couldn’t you just bring kids? Isn’t bringing, say, a full grown, fully trained secret service agent into a mysterious town and telling him he can’t leave without any explanation just sort of asking for trouble? And, okay, so you want adults around. Wouldn’t it cause roughly 99% less problems to just tell them the truth, too? Take them for a helicopter ride over the destroyed Boise if they don’t believe you. That would cut back on the budget for public throat-slittings so much.

So, yeah. Again. Shutup, Wayward Pines. I either literally just sat through an entire actual high school lecture that wasn’t true, or I sat through a dumb one. 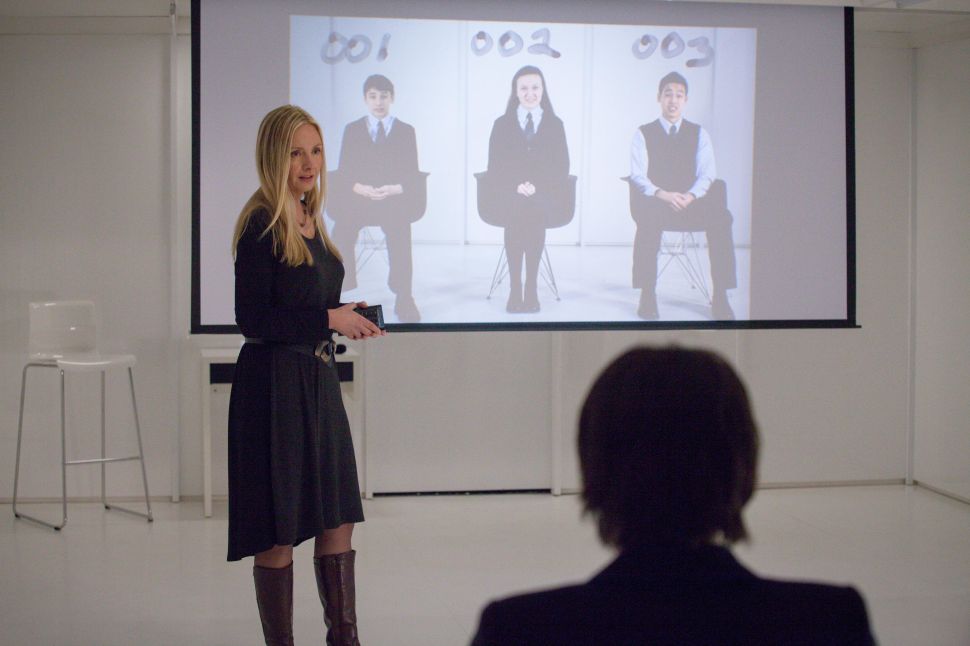