So last week, and actually for 95% of this episode, my only thought about the way David Pilcher runs Wayward Pines was: “Why keep this a secret?” Or, more specifically. “Why not instead of publically murdering people that try and escape, why not just tell them the truth?” Wouldn’t that make things easier, and lessen the need for public murders?

Well, as revealed in “Choices,” David Pilcher did try and tell the new residents of his “ark” the truth, and these people fucking lost their minds. Both literally and metaphorically and everything in between. Did you see that whole family that just killed themselves with plastic bags? Wow. Even in the face of everything I’ve known and love being destroyed thousands of years ago, I still gotta’ think there’s a more humane way to do that?

In better news, the utter devastation of Wayward Pines’ Group A was enough to make David Pilcher change this truly awful hairstyle. 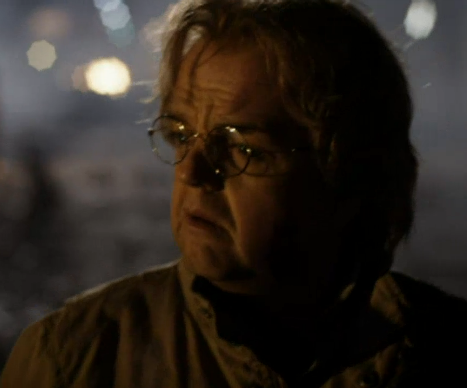 Tragedy affects us all in different ways.

So how did we get here? Ethan got an all-exclusive backstage pass to the powers that be in Wayward Pines, with a look at the 200 “volunteers” that, well, sit around and spy on the residents of Wayward Pines, make sure noones putting plastic bags over their heads. The usual.

This tour includes a hallway that is completely dark and empty of any people strictly so Ethan can have the shit scared out of him by a contained Aberration. And by Ethan I mean me.

Really, this whole episode was an hour-long explanation from David Pilcher, but I guess we learn some stuff so that’s alright. Turns out waaaay back in the past, Dr. Pilcher discovered that maybe, possibly, in a few years, mankind was going to evolve into blood-thirsty cannibalistic monsters. And like most scientists that say things like that, he is not believed. So he writes a book called The Coming Crisis, which gains followers and honestly it’s all a little cult-y. Like, is a book named The Coming Crisis, which is presumably about how the world is going to meet a horrible, mutated, bloody end really the kind of book that draws this many fans to such a pleasant, smiley book signing?

Either way, at least 200 people liked this book enough to go to sleep for thousands of years. Real quick: this show does know you age while you sleep, correct? Part of me commends the fact that they don’t even try and explain that. It’s just “They slept. They were hooked up to wires, and they slept. Accept it.”

We get some background on our dearly departed Sheriff, who as it turns out was a small time security guard with a criminal record but who cares because he always loved ice cream. I love that this is such a defining character trait for him. I hope it’s never explained. Of all the things this show needs to explain, that is not one of them.

Anyway, back in the present day of 3000-whatever, Ethan signs on with Dr. Pilcher to help keep Wayward Pines safe, as long as, you know, the public displays of throat slitting are stopped. Ethan drives a hard bargain.

What does Ethan have to keep Wayward Pines safe from, you ask? Well Kate, kiiiiind of out of nowhere, is about to start a revolution. Her, along with her town-husband who she is kiiiiind of out of nowhere in love with, is building a bomb. Once again, the people behind the scenes of Wayward Pines who have eyes and ears everywhere, do not notice the people making the bomb.

Meanwhile, Theresa may have stumbled onto another way out of Wayward Pines — a mysterious empty lot simply marked as Plot 33, the name of which gets anyone in the know all nervous. Good thing for them that Theresa is pretty much useless as a detective, and as a character in general.

Finally, after hearing the truth about Wayward Pines, Ben is having a full on existential breakdown about his place in the universe. (Theresa’s advice: “You just need to eat something.” That’s some fine mothering, Theresa).

Which brings me all the way back to this show not making a ton of sense, even when they explain things. So years ago, Dr Pilcher told people the truth about the world, and society collapsed and there was mass suicide and death. Okay. So his solution is “we’ll only tell the high school kids.” The hormonal, hormonal high school kids. They are the ones best fit to process all this.

Now, they do their best to explain this all away by introducing Mrs. Fisher, the schoolteacher, as being a hypnotherapist. So, what? She’s hypnotizing these kids? All of them? Some of them? She can’t do this to the adults? And what help are high school kids, even after they learn the truth.

According to Dr. Pilcher, they will gradually “spread the seed.” Buddy, as a former male sophomore in high school, that does not happen gradually. 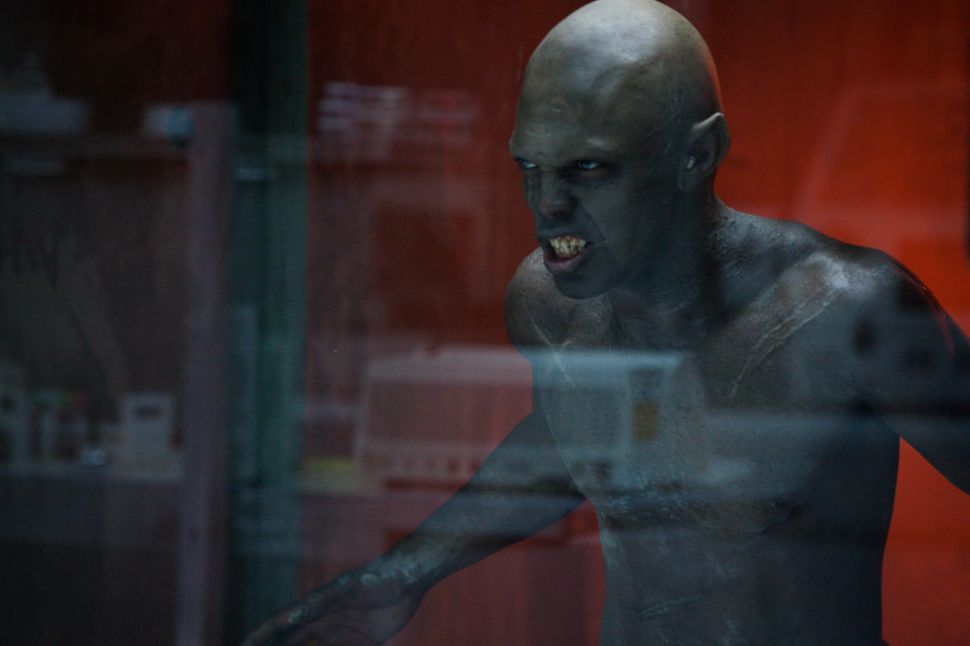