Screening: “Blue Velvet” at the Rubin Museum of Art
Artist and filmmaker David Lynch’s 1980s cult classic about the evils that lurk beneath the surface of a seemingly cheerful American suburban community, Blue Velvet has been hailed by Rotten Tomatoes as a “subversive, surreal shocker.” Tonight, hear what actor Kyle MacLachlan, who starred in the film with Dennis Hopper and Isabella Rossellini, has to say about this journey into crime, sadomasochistic violence, drug abuse, voyeurism, and perversion when he introduces the movie in the tranquil realm of the Rubin.
Rubin Museum of Art, 150 West 17th Street, New York, 9:30-11:30 p.m., $10 (sold out), but maybe you’ll be lucky and get a standby ticket

Benefit: “The Glass House Summer Party” at The Glass House
There’s no better way to experience architect Philip Johnson’s masterpiece—The Glass House—than during the annual Summer Party. Built between 1949 and 1995, the 49-acre property comprises 14 architectural structures and a permanent collection of 20th century painting and sculpture, as well as temporary exhibitions. Between the picnic lunch, musical entertainment, lawn games, and Taittinger champagne, guest are free to roam the enchanting landscape. If the $500 ticket price is too high for your budget, come back another day for one of the tours, which start as reasonably as $25.
The Glass House, New Canaan, CT, 12-4 p.m., $500

Talk: “Distortion, Deception or Dissolution? Understanding the Abstract in Indian Modern Art” at DAG Modern
In conjunction with the exhibition “Indian Abstracts: An Absence of Form,” which features 80 works by 35 prominent Indian artists, DAG Modern’s director of exhibitions and publications Kishore Singh discusses the unique journey of abstraction in modern Indian art, from the early 1950s onward. Listen to the lecture and then apply what you’ve learned while exploring the dynamic paintings, sculptures, and works on paper by S. H. Raza, Ram Kumar, Zarina Hashmi, and other Indian modern masters currently on view.
DAG Modern, 41 East 57 Street, Suite 708, New York, 4:30 p.m.

Opening: “Tom of Finland: The Pleasure of Play” at Artists Space
A gay icon, Touko Laaksonen—aka Tom of Finland—gained cult status illustrating sadomasochistic relationships between musclemen for the all-male magazine Physique Pictorial while working as a freelance graphic designer and later as an art director for the global ad agency McCann Erickson. Discovered in 1980 by Robert Mapplethorpe, who helped him gain entry into the art world, Tom’s unconventional work was embraced by California bad-boy artists Mike Kelley, Raymond Pettibon, and Richard Hawkins. Here, viewers have the chance to see the artist’s most comprehensive survey to date. Prepare to be shocked—or amazed—over and over again!
Artists Space, 55 Walker Street, New York, 6-8 p.m.

Opening: “Michal Helfman: I’m so broke I can’t pay attention” at K.
A multidisciplinary, Israeli artist living and working in Tel Aviv, Michal Helfman has gotten a lot of buzz in her homeland and Europe, but her work remains a mystery here. According to K period’s website, “Focusing on relationships between reviled and hidden agents within society, Helfman has developed an installation approach that combines the back-stage/front-stage structure of theater to discuss the real and the symbolic.” Beyond the title of the show catching our fancy, we want to find out what the buzz is all about.
K., 334 Broome Street, New York, 6-8 p.m.

Screening: “The Bad Sleep Well” at BAM
As part of the BAMcinématek “Black & White ’Scope: International Cinema” series, filmmaker Akira Kurosawa’s 1960 classic The Bad Sleep Well offers a Japanese twist on Shakespeare’s Hamlet. Toshiro Mifune stars as a young man who gets a prominent position in a corrupt postwar Japanese company in order to expose the men responsible for his father’s death. Honored by MoMA and every other museum that treats film as art, Akira Kurosawa never disappoints!
BAM Rose Cinemas, 30 Lafayette Avenue, Brooklyn, 5 p.m. and 8:15 p.m., $14 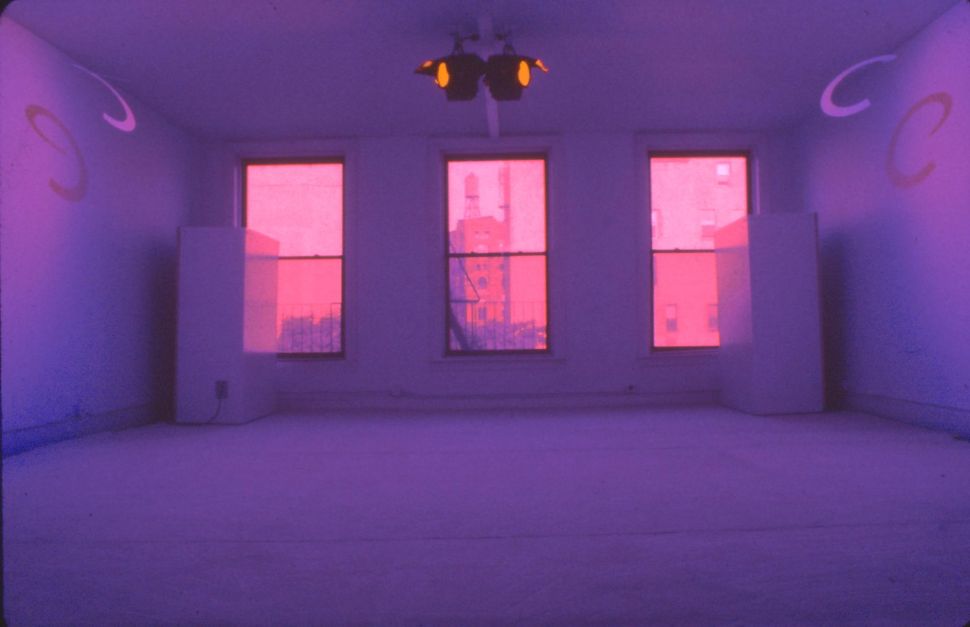