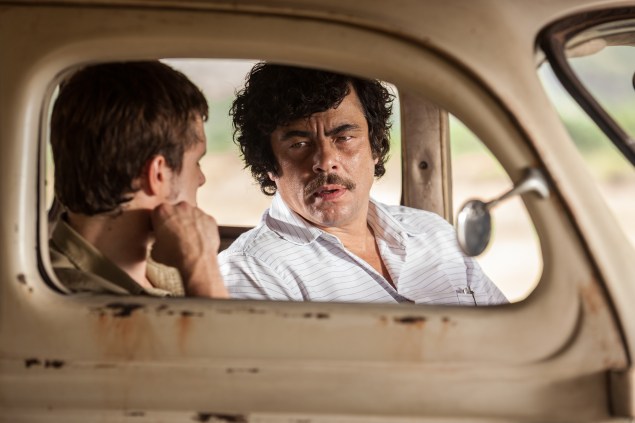 Based on true events, this is the harrowing story of a Canadian surfer who gets naively sucked into the glamorous criminal underworld of a Colombian drug cartel ruled by Pablo Escobar. Ruthless and vicious, Escobar was also deeply religious and passionately devoted to his family, ordering the murders of women and children while reading The Jungle Book to his own baby daughter. Under the helm of first-time Italian writer-director Andrea di Stefano, another crafty, colorful and carefully embroidered centerpiece performance by Benecio Del Toro informs and elevates the film to a higher level than it deserves.

The setting is the beach town of Medellin in 1991, where buff blonde surfer Nick (Josh Hutcherson from the Hunger Games franchise) travels with his brother Dylan (Brady Corbet) to test the tasty waves, and falls for a pretty girl named Maria, who is in the middle of an election campaign for her politician uncle. That uncle turns out to be Escobar, who invites Nick to a party at his sprawling jungle fortress to meet the rest of Maria’s family. When he hears about a group of bullies who have been harassing Nick and his brother on the beach, the thugs are found murdered, hanging by their feet from a tree.

From that point on, Escobar takes Nick under his wing, treats him like his own son, and lures the innocent surfer into a world of extravagant parties, corruption and bloodshed, immersing him in his cocaine-trafficking empire until it’s too late to escape. Escobar’s devotion to Maria was so fierce that he didn’t hesitate to incorporate Nick into the family “business,” expecting him to repay the hospitality with his own life.

While the atrocities escalate and even the U.S. government declares Escobar a wanted criminal, Nick’s brother grows homesick for Canada and the two brothers want to take Maria home with them. Her uncle balks and Nick’s relationship with his future uncle grows from precarious to downright lethal when he is assigned the task of killing one of Escobar’s enemies. Nick’s conscience prevents him from completing the job and he goes on the run to stay alive.

Instead of showing the organized Colombian crime syndicate from within, the film takes it into the sunlight with every open wound showing. Since it takes place during the final days of Escobar’s reign, it also shows the rabid affection the Colombians showered on the mad dog killer, turning him into a folk hero. Decades since his death in 1993, he is still rendered a legendary Robin Hood figure. Josh Hutcherson holds his own as a boy plunged into panic in a foreign country where nobody can be trusted and death awaits in every alley, but while the film captures some of the turbulence and tension during Escobar’s reign of terror, it leaves most of the coherence up to the always fascinating Mr. Del Toro.

Eschewing flamboyance, he plays the cunning drug lord as a study of insanity and evil that seems almost normal, following his prey with quiet, steely-eyed gazes, like well-choreographed camera movements, missing nothing. In a footnote to history that is still too close for comfort, he’s the real meaning of paradise lost. 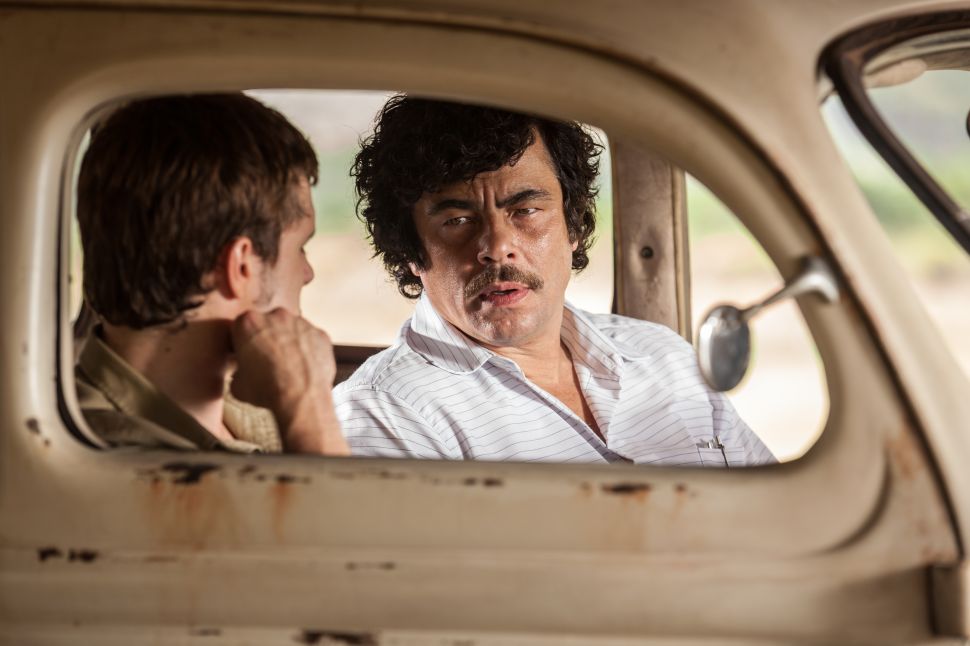