On June 2, embattled FIFA president Sepp Blatter announced his resignation from the world soccer’s governing body, an organization in which he has served in a leadership capacity for 40 years. The announcement came just four days after Blatter was reelected to the post—and after insisting that he would not be stepping down, despite the various corruption charges filed by the U.S. Justice Department against several FIFA officials. “Why would I step down?” he said after the indictments were announced. “That would mean I recognize that I did wrong.”

Now, of course, Mr. Blatter has stepped down—though he has not quite acknowledged any sort of wrongdoing, or knowledge of such.

This isn’t especially shocking. People in positions of power tend to want to deny wrongdoing, even as the evidence against them mounts. Part of this is reflex, if a particularly narcissistic one. Denial, for most of us, is automatic, and driven by fear. For those who have achieved some measure of success, and been celebrated for it, there’s even more to lose.

But denial, of course, can’t alter the truth—or lessen the losses. And if—when—the truth emerges, the fallout is worse for those who spent time trying to convince others, and themselves, that they had no idea, had nothing to do with it, did nothing wrong. In the coming weeks, as he considers what to say (or what not to say), Mr. Blatter would do wise to keep this in mind. Consider Lance Armstrong. Had the cyclist admitted his mistakes early on, or even halfway on, he may have been allowed to retain some dignity and respect, if not his titles. Instead, Mr. Armstrong chose to maintain his innocence for many years. Now, when he tries to excuse his behavior by saying that “everyone was doing it,” we’re less inclined to give him a pass. His story has changed too many times. The lesson: The best way to recover from defeat is not to run from it. It’s to own it.

Mr. Blatter is no stranger to denial. He has faced, and overcome, a number of scandals during his often-controversial helm of FIFA, including the accusations of financial mismanagement, conflicts of interest, and abuse of power. But what has worked for him in the past may not work for him this time. We don’t yet know what, if any, criminal charges Mr. Blatter may be facing and, of course, that will likely influence his next steps. But if the deposed president’s main goal is to salvage what remains of his reputation—and at 79, his legacy should probably take precedence over his future career—his best tack is to avoid issuing denials that won’t hold up. The best course of action is an honest one. The truth hurts, but getting caught hurts far worse.

Perhaps Mr. Blatter’s resignation is a step in that direction. Just a few days ago, he practiced a dangerous sort of defiance in the face of a still-underway investigation: He would, in no uncertain terms, not retire. “I am the president of everybody!” he declared. That he has is already a defeat, but perhaps also an acceptance. Quit now, while you’re (sort of) ahead.

Or maybe it’s simply a legal strategy. In the coming weeks, we’re likely to find out. And when we do, Mr. Blatter will be better off if he’s not expended too much effort continuing to deceive, and digging deeper into the hole of motivated disbelief. Truly, the only way to recover from any sort of setback—and especially one as dramatic as Mr. Blatter’s—is to quit the behavior that landed you there in the first place. 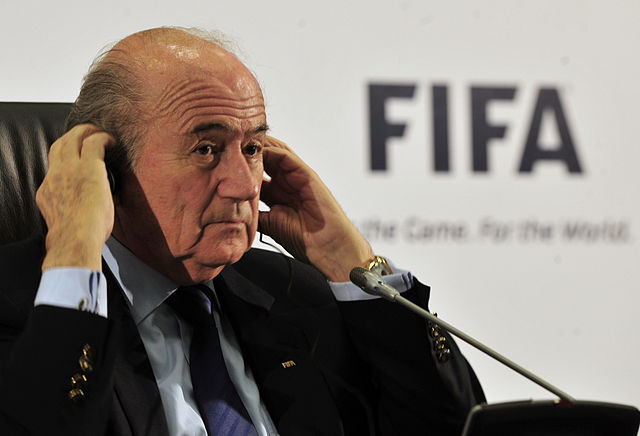