The 2015 New Jersey primary election came and went without me. That’s right: I didn’t vote, so sue me.

I live in the 29th Legislative District, which hasn’t supported anyone to the right of Henry Wallace or George McGovern since the Johnson administration – the ANDREW Johnson administration – so why bother? Additionally, there were no contested races – both the Republican and Democratic legislative nomination ballots featured candidates put up by the official party organizations and nobody else.

Since the last thing in the world I want to do is to further political party stranglehold control over the nominating process in New Jersey, I elected to pass. As P.J. O’Rourke entitled one of his books, “Don’t Vote It Only Encourages the Bastards.”

So then I get the lecture, this time from Max Pizarro at Thursday’s PolitickerNJ.com:

Too much blood bled with the expectation – or at least the post-game public explanation – of that American-protected right to vote.

Last night, we didn’t earn the right to complain, as rain-bullied and civics-bothered “voters” allowed machine and independent expenditure PAC politics to blanket New Jersey in the absence of people power.

With all due respect, which means just the opposite whenever you hear it, put a sock in it, Max, because not voting is sometimes as much an expression of political will as voting. When you hold an election and nobody comes, what does that tell you about those who hold it?

I’m pretty sure my son did not do six deployments in Afghanistan, Iraq and Kuwait, or my great-grandfather crouch behind a low, stone wall on Little Round Top some 152 years ago shy one month to protect entrenched political parties and bosses and fertilize a political system that ignores the people, prevents over half of them from participating and is a joke.

And all those problems you mentioned, Max? When the people who created them are the same people who control access to and are pretty much exclusively on the ballot, what exactly is the point of it all?

In looking around at various counties throughout the state, most of the turnout figures I saw were single-digit in nature, which tells me more about the product than it does the consumer. Face it, Jersey pols, the people ain’t buyin’ what you’re sellin’.

What struck me about the 2015 primary was that it was mostly jockeying for position and power, inside-baseball politics and personal feuds. I saw little, if any, earnest debates over public policy or, frankly, anything for the people, whose state this is supposed to be. I did see, however, way too much grudge settling.

This was a primary of the politicians, by the politicians and for the politicians, with, as Max noted, “Machine and independent expenditure PAC politics (blanketing) New Jersey in the absence of people power” – in other words, vested special interests and their lackeys and bag men.

Nobody door belled my neighborhood. No campaign literature showed up in my mailbox. No ads were seen on the Internet or heard on radio. How motivating is that?

Furthermore, well over one-half of the state’s registered voters, independents or unaffiliated voters, were left out of it altogether. Since only party-affiliated voters can participate in either the Republican or Democratic races, they have no place to go and nobody to go with. That must stop.

It’s time to end registering by party and the chokehold parties have on the primary process. Replace the current system with a wide-open, blanket primary where there is but one ballot for all voters, party-affiliated or not, with the top two finishers for each office advancing to the general election.

Yes, I know that means that I can vote for a Republican in this race, a Democrat in that race and an independent in another race and that two Democrats or two Republicans could advance to the general for the same office and that independent voters could conceivably make the difference in the nomination process, but I would rather have that than the system we have now, which I regard as not just un, but anti-democratic and corrupt.

Let the people decide who should be on the ballot, not the politicians or the parties. Ditch the antiquated nominating-petition and awarding-the-line systems in favor of a candidate-driven process where anyone who wants to run for office can do so by filling out some paperwork, paying a nominal fee and then having their name appear on the ballot with whatever party designation, or lack thereof, they wish.

I would also make as many races as possible non-partisan in nature, especially at the county level and below. Pothole repair, snow removal and teaching children how to read are not partisan issues, so why must municipal and school board elections get wrangled up in pure politics with this party-backed faction against that party-backed faction?

While we are at it, the people are entitled to bypass the whole shebang by self-legislating at the state, county or municipal level through the initiative and referendum process. I guarantee you, that if you had a tax-cut or gun-rights measure on the ballot, voters would turn out in droves to either support or oppose it.

Let municipalities be run by professional city managers hired by, and accountable to, non-partisan city councils who are, in turn, accountable to voters. Let being mayor be an honorary position rotated annually among elected city council members – somebody has to cut ribbons and award plaques – rather than kings on the make.

We constantly hear how government should be run more like a business. If so, then structure government like one with a board of directors – the council – that hires professional managers and executives to run things.

Competitive, issue-based races, not petty squabbling, bring voters to the polls. In Essex County, for example, a Republican will never be competitive in and around Newark, but we still engage in the fantasy of the two-party system. Wouldn’t it be better to have two Democrats with differing views on policy face off in the general thus giving voters a real choice and a reason to come to the polls?

What you will get from reforms like these is a way for quality individuals to emerge as candidates without having to suck up to party bosses or central committees. They will be able to go over their heads directly to the people rather than kowtow to somebody who spends part of his time as a county chair and the rest of it lobbying the Legislature on behalf of this, that or the other special interest. That is too much tar in which a potential candidate can find herself stuck, none of it for the betterment of the state or its taxpaying residents.

You will see real grass-roots, policy-driven, candidate-oriented movements crop up everywhere because there won’t be any barriers to their entry into the process, which is as it should be.

Party organizations can still play a role, but limited to fundraising, articulating positions on issues, turning out the vote, registering new voters and generally supporting what would be novel in New Jersey, good government.

You want voters to turn out? Give them a reason to. Drive the process down to their level. Give them power and control over ballot access and the entire nominating process, not the vested interests, the political machines of both parties and entrenched incumbents.

In a word, take backroom crony-politics out of politics and give power to the people. Then the voters will show up, Max. 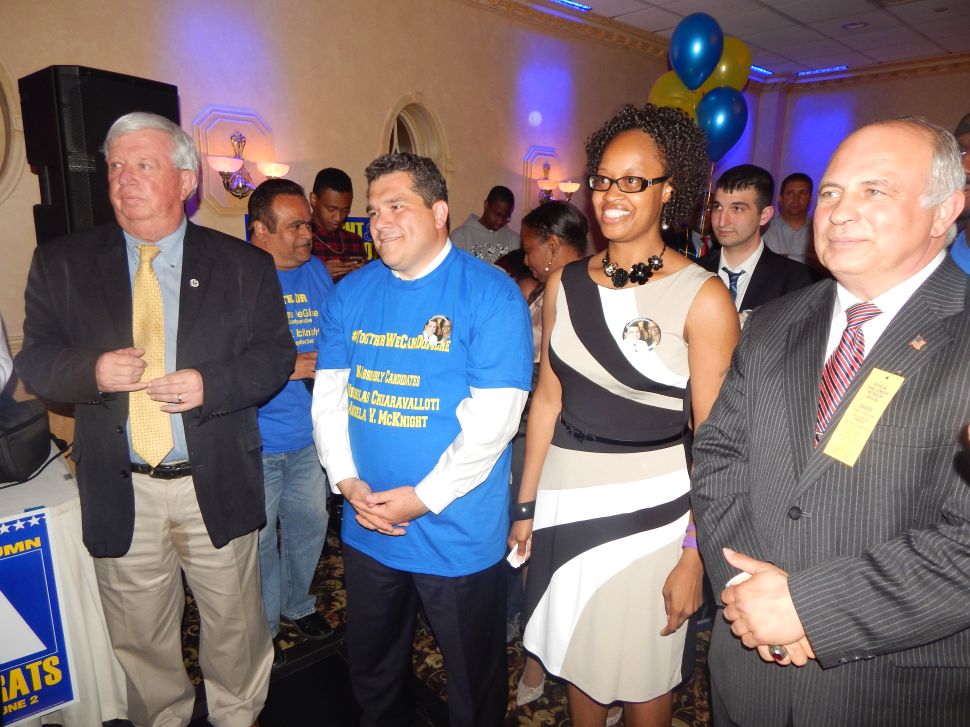