To mark the beginning of the 2015 FIFA Women’s World Cup in Canada today, Google released another one of its beautiful doodles. Weirdly, the image isn’t running for search users in the United States.

What makes it even stranger: the women’s team is favored to do very well, according to USA Today.

Google doesn’t run every Doodle everywhere. On the official page for the feature, it shows a world map where every country where a doodle is live is shown in blue. Here’s the page for today’s Women’s World Cup doodle—the USA is left out.

Which is strange, because Google made a big deal about what it means for women on its blog today, including a great infographic on the disparity between men’s and women’s searches in sports.

It’s also odd because it’s not as if it got bumped by a doodle more specifically American. There’s no special Doodle running on Google’s main page today. The page looks just as it normally does in the U.S.

The women’s soccer doodle isn’t the only one running today. A doodle is also commemorating Denmark Constitution Day today, as well, but it makes a bit more sense that it’s running in only one country, France (just kidding, it’s in Denmark).

UPDATE: Today, Monday, June 8th, the Women’s World Cup Doodle is showing exclusively in the United States, marking the U.S. Women’s first match. Google did not respond to requests for comment on Friday. 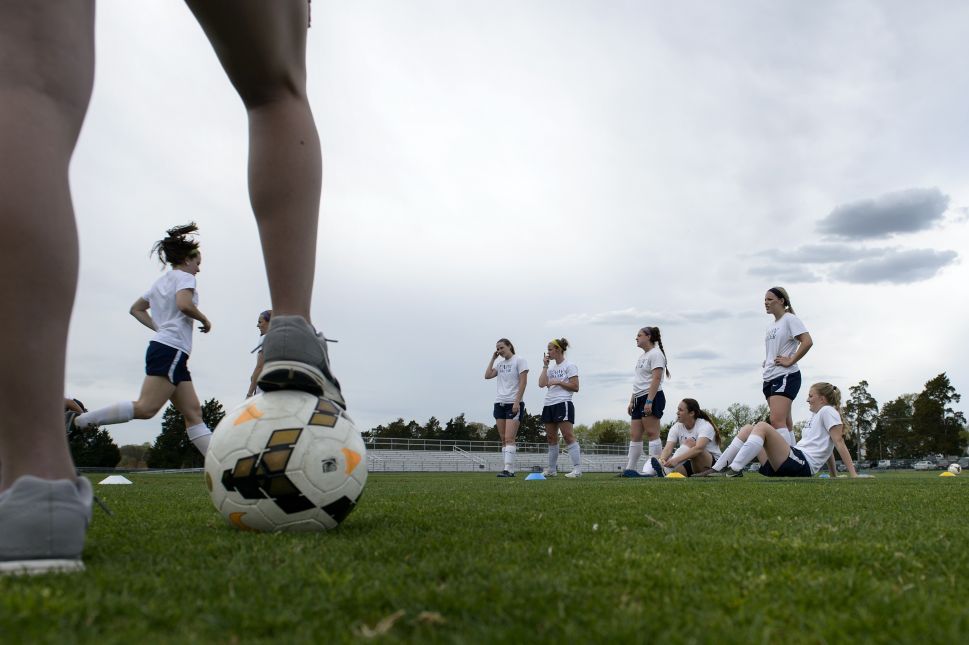