South Korea has begun to control its recent MERS outbreak, but not without cost. More than 150 people infected. At least 19 deaths. And a significant disruption of the Korean economy. The outbreak appears to have been caused by one particularly contagious individual – a so-called super-spreader – returning from Saudi Arabia. The episode is a stark reminder about the need to take seriously the threat of coronaviruses.

MERS is not the first coronavirus to raise concerns. In 2004, SARS migrated from Asia to Canada, infecting 8,500, killing 800 and costing over $50 billion worldwide. Health officials managed to contain SARS via aggressive public health measures, including the separation of symptomatic individuals in health care settings from non-infected people. As with MERS, there remains no vaccine, and no treatment, for SARS.

SARS likely originated in China. When the disease was at its height, though, the Chinese government was less than forthcoming with information or virus samples about the disease, which made it harder to combat. But since then, the Chinese learned their lesson; they cooperated with Western health officials during 2013’s H7N9 avian flu outbreak. The result was a far more effective international response.

In general, the citizens in more advanced economies, such as South Korea and the United States, tend to be overly optimistic about our abilities to curb deadly diseases via the use of modern infection controls.

Unlike SARS, MERS traces its roots to Saudi Arabia, not Southeast Asia. When it first broke out, the response from Saudi officials looked more like SARS-era China. They initially did not appear to have a good handle on causality and they rejected the notion that MERS might be zoonotic, or animal based. It now appears, however, that camels are a likely culprit for transmitting MERS to humans.

As the disease worsened, the World Health Organization increased the pressure on Saudi Arabia to be more transparent and collaborative. As a result, the Saudis have increased screening activities, especially among health care workers who are in the front lines of fighting MERS. The Saudis, however, remain far from perfect in their handling of the disease. The World Health Organization’s Dr. Keiji Fukuda toured Saudi hospitals last year and reported that “One of the things that we can already conclude is that the infection control practices were not optimal and they have to improve.” Hospital-based practices are important because, as Dr. Fukuda noted, “the preponderance of the evidence is that infection control at the right level really can stop it in hospitals.” (Even the United States was reminded of this when Ebola spread to health care workers in a Texas hospital in 2014.)

In general, the citizens in more advanced economies, such as South Korea and the United States, tend to be overly optimistic about our abilities to curb deadly diseases via the use of modern infection controls. This means the ability to limit the spread of disease from one infected patient to another, coupled with the means to “track and trace” – identify and if need be isolate individuals who may have been exposed to the disease.

Recent experience, however, shows some limits in the effectiveness of infection controls in modern health care systems. The South Korean case is particularly problematic, as the infected patient spent time in multiple health care facilities, spreading the disease in precisely the place where patients come to get well, not sick (and where their immune systems may be compromised). According to a recent World Health Organization assessment, this MERS outbreak “was amplified by infection in hospitals and movement of cases within and among hospitals.” This is the exact opposite of how things are supposed to happen in a system with robust infection controls. Part of the problem, it must be noted, is cultural. South Koreans are in the habit of “doctor shopping” to get multiple opinions, which means that infected patients are apt to take their illnesses to multiple health-care facilities, increasing the odds that they will infect vulnerable patients.

Another concern is the annual Haj, the visit of Muslims from around the world to Mecca. The Haj takes place between September 21 and 25 this year, and is expected to bring in over 1 million pilgrims. Saudi Arabia has announced that has its own health plan for Haj 1436, but its initial handling of the disease raises concerns about the country’s effectiveness.

MERS should remain manageable through aggressive public health measures, especially at the hospitals where MERS patients are treated. WHO’s recommendations regarding MERS at this point focus on improving infection-control procedures, including discouraging doctor shopping. We also need to think about real countermeasures that can fight back against MERS should it worsen or in case another coronavirus develops and spreads.

Science has sufficiently advanced to the point where vaccine platforms will typically allow us to develop vaccines for new strains of an existing disease for which we have a working inoculation. With respect to flu, for example, we have a vaccine platform that could enable us to develop a vaccines for new and different strains. With coronaviruses, that has not yet happened.

This family of viruses has now contributed twice to a global disease spread, which means that U.S. health officials need to be more aggressive at developing a vaccine platform to deal with coronaviruses. Coronaviruses are difficult nuts to crack, but we likely have the technology to make it happen. Now that we see that coronaviruses are a likely continuing threat, the U.S. should devote more resources to combating – and preparing for – them.

Tevi Troy is the president of the American Health Policy Institute, and a former deputy secretary of HHS and White House aide. He is the author of What Jefferson Read, Ike Watched, and Obama Tweeted: 200 Years of Popular Culture in the White House. 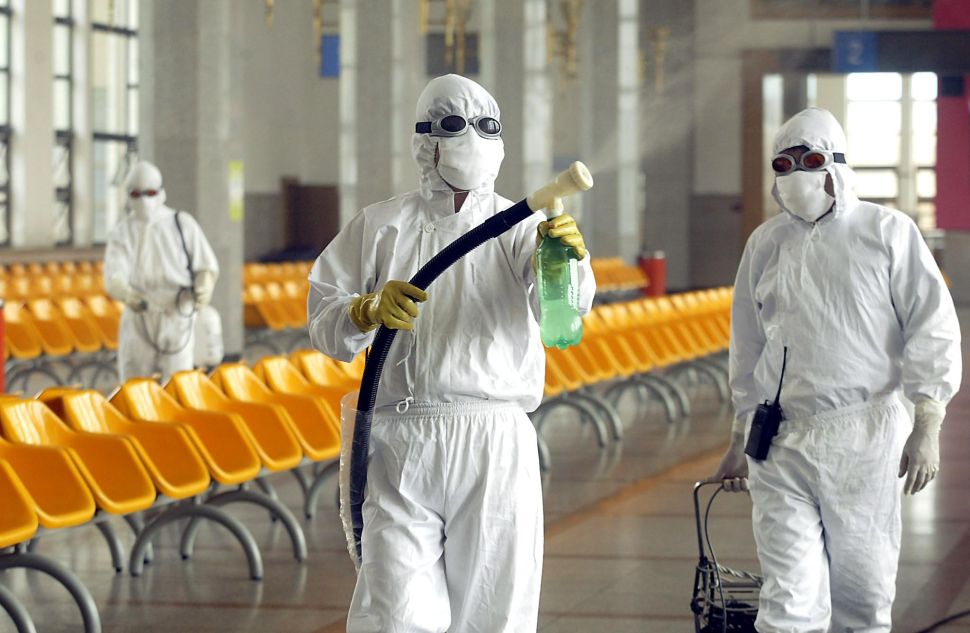