When Twitter CEO Dick Costolo resigned yesterday, countless think pieces were published explaining why he had failed at his job— a shortsighted IPO, languishing stock price and stagnant metrics were among the most commonly cited reasons.

Not surprisingly, however, some of the most robust commentary on Mr. Costolo’s exit appeared on the site he ran until yesterday. Twitter employees started the hashtag #thankyoudickc to show their love for their axed boss:

Grateful for your leadership and the great culture you built at Twitter, @dickc. We will miss you! #ThankYouDickC

for being an inspiration, a mentor, a friend. tweets aren't enough to express gratitude for all you've done. 💙 #ThankYouDickC #obmbp @dickc

May the road rise up to meet you. May the wind always be at your back. #ThankYouDickC pic.twitter.com/u0qvVI1RhZ

Media columnists covering the story compared themselves to athletes springing into action:

This was me writing an emergency column about Twitter today pic.twitter.com/m8cumbyDda

Others hoped that the new CEO would make the site more user friendly:

requirement for next CEO: find a way to explain twitter to actual human beings

And some wondered why this story was being covered so heavily at all:

Twitter gets outsized coverage as a business because journalists use it.

It wasn’t just Media Twitter getting in on the act, however—one rapper with a sense of humor started his own guerrilla election campaign:

It remains to be seen what the future holds for Twitter or its ousted CEO—but rest assured media columnists will be at the ready for whatever comes next. 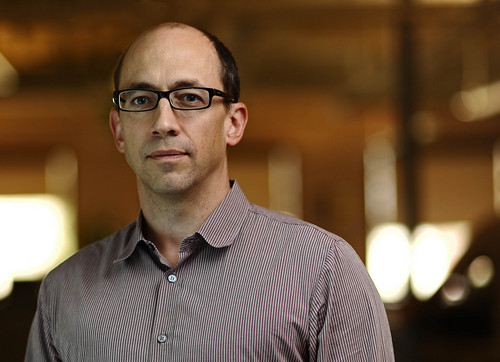