The Working Families Party is starting to feel the Bern.

The left-leaning party, a hybrid of labor unions and liberal activists, won’t rule out supporting Vermont Sen. Bernie Sanders for president after Massachusetts Sen. Elizabeth Warren, a Democrat, made it clear she would not run.

“Senator Sanders is justifiably generating a lot of enthusiasm,” Bill Lipton, the New York State director of the WFP, told the Observer. “Our presidential process will get started next year, but in the meantime his willingness to speak the truth about inequality and the concentration of economic power is contributing to the debate that America needs to have. Of course we’re eager to hear every candidate’s vision over the coming months.”

Mr. Sanders, an independent and self-identified socialist who caucuses with Democrats, is generating grassroots enthusiasm with his uphill challenge of Hillary Clinton, the former secretary of state. In polls and fundraising, Ms. Clinton is the overwhelming front-runner, but some progressives are hunting for an alternative choice.

The WFP had urged Ms. Warren to run for president in February. Many liberals dreamed of a Warren-Clinton match-up, even though the liberal firebrand showed no interest in ever running for president.

In New York State, Mr. Sanders would require the muscle of the WFP to compete with Ms. Clinton, a former New York senator. Since Mr. Sanders is not a registered Democrat, he will need the permission of the State Democratic Party to run on the Democratic line here. The party, led by a staunch Clinton ally in former Gov. David Paterson, may not be willing to do Mr. Sanders any favors.

Even if Mr. Sanders is allowed to run as a Democrat in New York, his campaign will need to invest heavily in gathering signatures to appear on the ballot; New York has some of the most restrictive ballot access laws in the country. The WFP, through their campaign apparatus, could help Mr. Sanders overcome that hurdle. 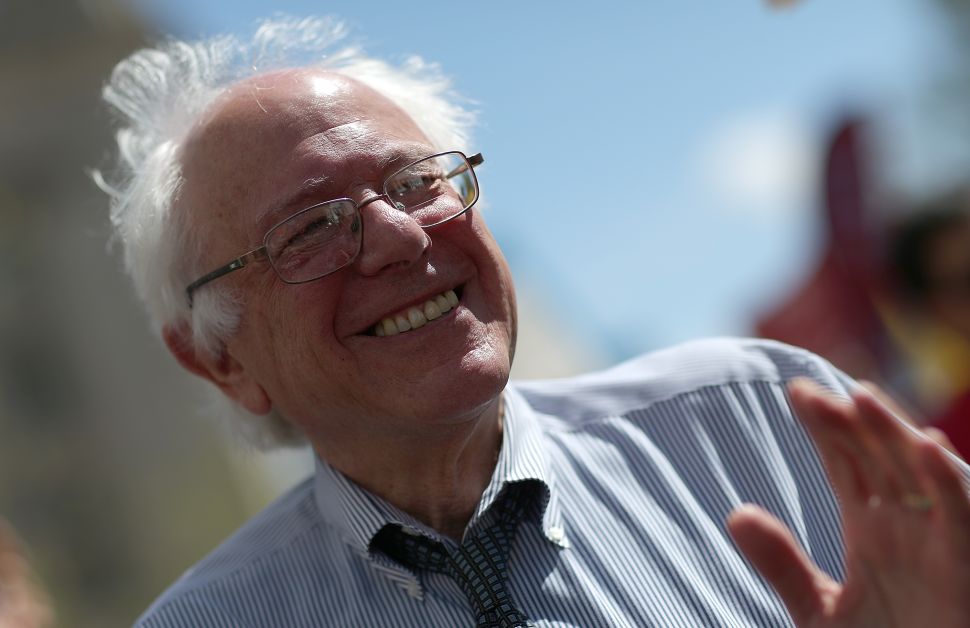