The game is a mod of the classic NES Game, Duck Hunt, called Produck Hunt. It was a Product Hunt hackathon project by Gregory Koberger, so the name is a riff on that of the kingmaking website (which recently launched a Games channel and will launch a Books channel, soon).

Here’s what’s amazing about this game: you play it by shooting a browser window by tapping your mobile, without downloading anything. It’s fun to play through a couple times, but what’s really interesting about it is that it illustrates an intriguing interface that not many developers have exploited.

Duck Hunt is a classic Nintendo Entertainment System game. It came packaged with the original NES 8-bit console, if you bought the version that came with the NES Zapper. To play, basically, you watch a horizon, ducks fly up from the brush and you try to shoot them.

How on Earth does it work, right? According to an email from Mr. Koberger, it works using a gyroscope in your phone, which you calibrate before really playing. “It’s not perfect, but if you remember playing the original game… that’s half the charm.”

Playing the Produck Hunt mod on a browser today looks like this:

Mr. Koberger is clear in his posts on Product Hunt that he’s only really tested it in Chrome and on iPhones. I played it on my Android. It worked. It didn’t work well, but it worked. You can see a little icon moving around the screen that shows where your hit is going to go.

The game came out of the first Product Hunt Hackathon. Based on its GitHub repository, it doesn’t look like Mr. Koberger has worked on it since. His ReadMe file says, “Made at a hackathon, the code is horrible :).” It was reposted on the new Games channel today, and Mr. Koberger invites other developers to clean it up and extend its functionality.

He started the hackathon with trepidation about his idea. “I was pretty sure it wasn’t possible, but I spent about an hour and got a proof of concept working,” Mr. Koberger wrote. “For the final presentation, I played the game using my iPhone and a gigantic projector.” 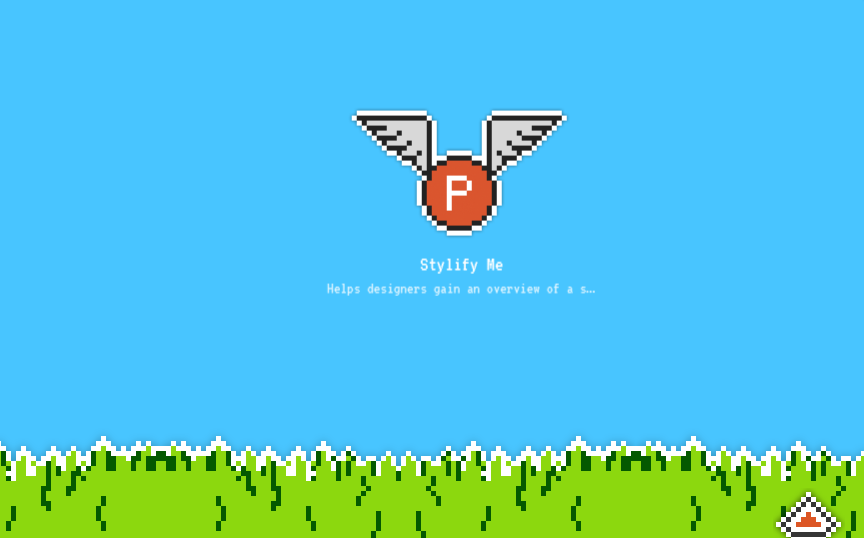