Early this year, an applicant approached the Landmarks Preservation Commission with a bold proposal. The plans, designed by the New York firm ODA Architecture, called for the overhaul of a drab warehouse in the Dumbo, Brooklyn Historic District. While some of the brick warehouse at 10 Jay Street would be retained to create a 46-unit apartment, the facade that faced the East River was a different story. The new facade, inspired by the building’s past as a sugar refinery, would use floor-to-ceiling glass to mimic sugar crystals. It was a textual, bold approach that didn’t have much precedence in the existing historic district.

The LPC sent the first proposal back to the drawing board, deeming it slightly too edgy. But in March, the commission approved a modestly refined proposal for the project, with one commissioner calling it “absolutely perfect.”

“We argued from day one that modern architecture can tell the story of a sequence of historic events,” said Eran Chen, founder of ODA. This glass and steel “crystal” building, he said, was an effort to interpret not just the history of the building, but the existing architecture in the neighborhood and the nearby Brooklyn Bridge. “History is an ongoing thing, and the Landmarks Commission responds to that,” said Mr. Chen.

Mr. Chen is one of many architects who have approached the LPC with a proposal aimed to stand out, rather than fit in. With the city in the midst of a development boom, it may be assumed that the historic regulations set by the LPC slow the pace of development or limit modern architectural design. But the assumption isn’t necessarily correct. “This is an infuriating argument for the commissioners,” said Frederick Bland, managing partner of Beyer Blinder Belle, who has served on the commission since 2008. “While it does control the kind of development, it rarely prohibits development or radical change.”

Instead, Mr. Bland argues, the LPC is in the business of appropriateness—determining how, exactly, the building fits into its historic surroundings. “It’s a marvelous word, and it’s unclear what it is,” he said. “It boils down to whatever the commissioners say it is on any given Tuesday. It’s the result of discussion and debate, and there’s no real precedent to go off of.” Yet oftentimes, this dialogue actually encourages some of the most unique architecture in New York, by pushing architects to refine a 21st-century design to respond to the context of its surroundings.

New York City has never been a city obsessed with the past, especially when it comes to architecture. But the demolition of McKim Mead and White’s Penn Station in 1963 caused a push for preservation, and resulted in the establishment of the Landmarks Preservation Commission two years later. Since then, preservation law has protected more than 33,000 buildings and established 114 historic districts, according to the LPC. The law also regulates new building designs proposed for historic districts, meaning that all modern architecture must be approved by the commission.

The powerful but surprisingly low-profile LPC comprises 11 mayoral appointees, and its makeup—a minimum of three architects, a historian, a city planner or landscape architect, a realtor and at least one resident of each of the five boroughs—is mandated by law. Commissioners serve in three-year terms, which they can extend, but there is no statutory limit.

Rather than dissuading modern architecture, the commission has historically been encouraging of it, according to Steven W. Semes, the author of The Future of the Past: A Conservation Ethic for Architecture. An early example of this, said Mr. Semes, is a proposal for 18 West 11th Street in Greenwich Village, the Greek Revival rowhouse destroyed by 1970’s Weather Underground bombing.

The following year, architect Hugh Hardy proposed a new townhouse with a distinct, angled facade. He spent an hour and a half advocating for the untraditional design, stating, “It is an honest presentation of contemporary reality—not an attempt to do what would have been done in the 1840s, but an attempt to respect that nonetheless.” Despite other speakers at the meeting pushing for a reproduction of the former townhouse facade, the commission narrowly approved the modern proposal: “To leave the present gap unfilled is to admit defeat. To fill it with a replica of an 1844 house is to pretend that nothing ever happened here. To rebuild on the empty lot with a bold design that both respects its surrounding and asserts itself is a vital affirmation of faith in a happier future.”

And throughout the last decade, according to Mr. Semes, the commission’s rulings have varied between actively promoting contemporary design and being more protective of historic character, depending on the members of the commission and the interests they represent. But he does note a tendency toward modernity: “On balance, I think the commission has tried too hard to avoid being seen as an obstacle to ‘innovative design,’ and, as a consequence, has angered more grass-roots critics who see it as too deferential to development interests and fashionable architects,” he said.

“On balance, I think the commission has tried too hard to avoid being seen as an obstacle to ‘innovative design,’ and, as a consequence, has angered more grass-roots critics who see it as too deferential to development interests and fashionable architects.”

An example of this is Midtown Manhattan’s Hearst Tower, often a starting point of conversation on whether flashy modern architecture works within a historic context. The Norman Foster-designed triangular glass office tower, 46 stories tall, sits atop the cast stone Hearst headquarters, built in 1928. Richard Olcott, a founding partner at Ennead Architects, called it the single best proposal seen during his 1996 to 2007 stint on the LPC, claiming that LPC was also impressed with Foster’s “The proposal just exemplified why he’s Norman Foster and we’re not,” he said. The presentation ended with all but one commissioner’s support. But Simeon Bankoff, executive director of the Historic Districts Council, a preservation organization that advocates for landmarking, called it “a lightning rod—all puns intended—for preservationists in New York.” He doesn’t consider the final result a success: “I don’t think that tower has anything to do with the building underneath it,” he said. “It just says, ‘Hey, I’m going to put a statement here.’ ”

Michael Slattery, senior vice president for research of the Real Estate Board of New York, said that traditional design that mimics the neighborhood can be easier to move through the LPC process. “The creativity of the design depends on the appetite of the developer and owner,” he said. “If they’re looking to generate a return sooner, and can’t wait for a long review process, they will take the safe route.” The current executive director of the LPC, Sarah Carroll, said the commission prioritizes the same standards for both modern and historically contextual proposals. “The commission can approve either approach if they find that the height, massing, scale, details and overall composition references the historic building typologies in the district.”

The architects who have successfully worked with the LPC on bold proposals by and large appreciate its input. “The process served us well in creating a more timeless building,” said architect Barry Rice, referring to his large-scale redevelopment of the landmarked Church of St. Luke in the Fields site in the West Village. The firm’s first proposal for a 153-foot, 46-unit apartment building at 100 Barrow Street was sent back to the drawing board by the LPC due to its height. For his revised proposal, Mr. Rice considered how taller buildings fit within the mostly low-density neighborhood. He reduced the scale of 100 Barrow and designed a brick and bronze facade that reflected the facade of the historic church. “But we still felt like the building should speak to the 21st century,” he said. The ultimately approved development is distinguished by two parts: a more traditional base comprised of Flemish bond brick, and a five-story setback with floor-to-ceiling windows framed by bronze slats.

Sometimes the LPC process results in downplaying modern design. Sherida Paulsen, principal at PKSB, worked diligently with the LPC to incorporate a glassy residential penthouse addition to the Puck Building, a Romanesque Revival building constructed in 1886 now used for office space. After a number of hearings with the commission, the boldness of the addition was significantly muted—the size of the penthouse was reduced to downplay its visibility from the street, and some of the glass facade was replaced by masonry. “I think that most residential buildings that sit within neighborhoods that are already residential in character can ask for a new building or addition to be respectful of the context,” noted Ms. Paulsen. “While an institutional or civic building is often located at the edge of a neighborhood or within a civic space or park, that allows for a bolder concept.” The Puck penthouse proposal also faced significant opposition from the Greenwich Village Society for Historic Preservation, who thought early iterations of the roof addition would have “fundamentally changed one of our city’s most iconic and beloved landmarks.”

Indeed, modern design often sees more pushback from neighborhood organizations than the LPC. “With community groups, there’s a tendency to be more conservative about change,” said Andrew Berman, executive director of the GVSHP. He noted that the LPC has become more sympathetic to applications for alterations, additions and new construction in recent years, prompting concern from community members who know their neighborhood well and care about it on a granular level. “Sometimes the LPC might be taking more of a 30,000 feet view of certain applications, and not every commissioner can or does know every one of the thousands of buildings which come before them with applications every year,” he said. “But neighbors do, and often have very strong opinions about what is or is not right for them.”

For Mr. Bland, the debate of old vs. new is not one to be resolved. “Preservation has become a matter of hyper discussion, where it can seem like there’s no middle ground,” he said. “But it’s more important that we realize it’s O.K. that we don’t try to resolve these issues, and that we’ll continue to talk about them.” Ultimately, he’s less interested in what’s modern and what’s historic, but rather the ever-evolving idea of appropriateness. “It shouldn’t be a question of modern vs. old,” he said. “Our city will be layered, and it’s a better place with both.” 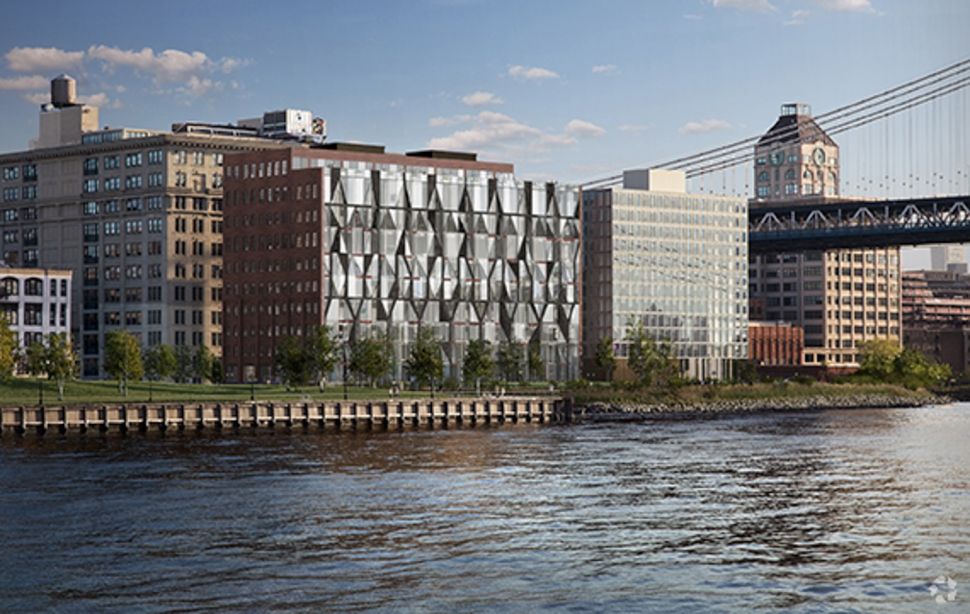