Two Marines in Washington, D.C. are using technology invented at NASA to make a better pot of coffee. More precisely, they are using Proportional Integral Derivative Controllers and Near Infrared Abridged Spectrometers to make coffee that their customers will find consistently good in just the same way. It’s just one of many ways in which NASA technology ends up finding its way into entrepreneurial pursuits.

“We invent anywhere from 1,600 to 1,800 new technologies per year,” Dan Lockney, the Technology Transfer Program Executive told the Observer in a phone interview. Every single new technology gets an analysis for commercial viability, he said. However, if an entrepreneur has an idea for a way to use NASA tech in businesses that its engineers haven’t thought of, they can work with entrepreneurs to assess its viability.

Here’s how you can go about deploying the space age’s creations in your own ventures:

First, the place to start: NASA has websites for technology and for software. About a third of their inventions each year are software, Mr. Lockney said.

Much of the software that NASA has created is ready for innovators to use right now. For example, OpenVSP is a way to quickly make rough designs for aircraft and then subject them to engineering tests. So, maybe someone will build their own spacecraft in their backyard, but, more likely, smaller scale aircraft makers, like toymakers, component companies or aerial drone startups, could use it as a place to start.

OpenVSP doesn’t follow NASA’s normal script for releasing software. Usually, Mr. Lockney said, the agency releases software as a free executable file rather than making it open source. For OpenVSP, though, really interested developers can get straight into the code.

In order to use most software, entrepreneurs need to request it by explaining who they are and how they think they can make use of it. Most software also has an email address attached to it where questions can be sent.

NASA has a few levels at which it makes hardware available. On the first level, they simply recommend the technology for publication and public use. Inventors are encouraged to write technical papers and publish in journals. This puts the essence of the technology, as NASA used it, out for public conception. To get training in using inventions or to explore technical variations, entrepreneurs will need to contract with the agency.

On the second level, NASA actually patents the technology. When NASA makes a patent, that doesn’t mean that they want to keep it from public use. Rather, Mr. Lockney said, the agency looks to work with commercial partners that can make a credible case that they can use the technology effectively.

Some of the most popular technologies are available more quickly through NASA’s nonexclusive QuickLaunch program.

In either case, NASA has the authority to do contract work with entrepreneurs in order to test new ways of using an invention. For example, the agency might have found an effective way to make a lighter, harder titanium for use in spacecraft, but another engineer might see an application for that treatment on another material, maybe for a motorcycle component or a high-stress factory tool. If NASA sees promise in the idea, it can hire out its inventor to help the entrepreneur test the application. If it works, the agency will enter into a licensing deal for using its invention.

In order to foster innovation, NASA shares the proceeds from licensing deals with its inventors. Mr. Lockney described its licensing prices as dramatically lower than what someone might find in the private sector.

A last level is technology in the public domain. In the case of Compass Coffee, the controllers and spectrometers in question were already in the public domain, according to Mr. Lockney, but had mainly been used by scientists in labs. This an example of how putting a technology out where entrepreneurs can have a look at it can reveal novel new uses for the fruits of space research, which in turn increase the nation’s riches and advance knowledge.

How to find ideas

Entrepreneurs looking for an idea or a solution can search either of the sites listed above, or browse solutions in categories like propulsion, mechanical and fluid systems and sensors. Fun fact: according to Mr. Lockney, the camera in everyone’s cell phone is based on NASA work. “We were the first to develop a camera on a chip,” he said.

The agency also has a Hot 100 list of patents it believes most likely to have strong commercial applications.

For news on meaningful technology from the agency, the technically savvy can follow Tech Briefs, a monthly publication on the agency’s design work. The program also has a nascent Twitter feed, but it doesn’t seem to be posting much news about newly released technology as yet. It might be worth following, anyway, in case they step up their efforts in that way.

For inspiration, check out the agency’s online magazine, Spinoff, which tells the stories of NASA inventions made use of by industry. Or just flip through a copy of SkyMall on your next flight. Mr. Lockney says you’ll see products touting NASA science all over that catalog. 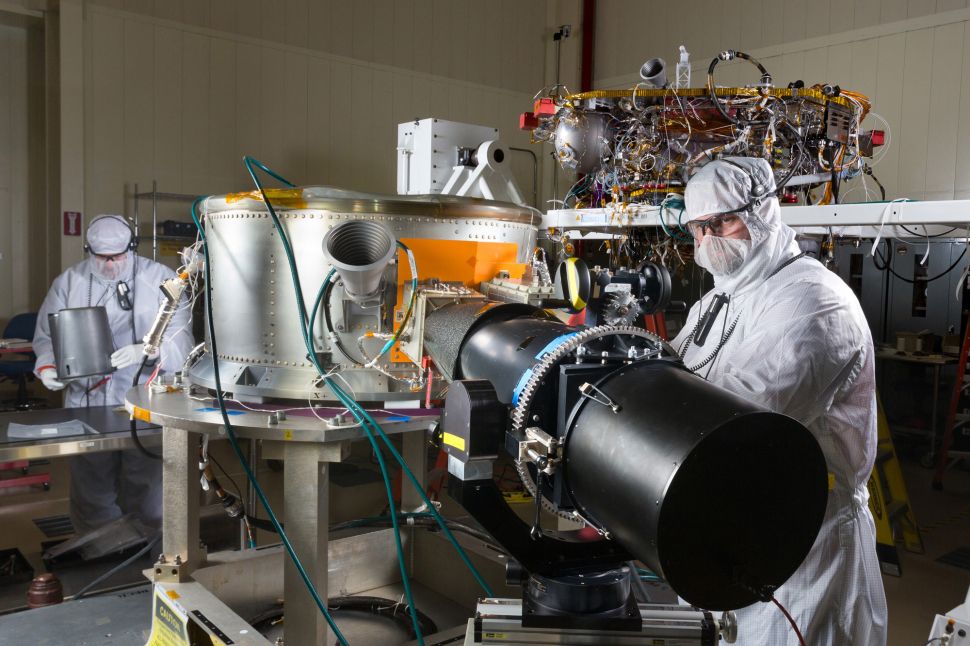