As of now, multiple types of content including spam, anything illegal (activity, not discussion), private/confidential information and suggestive content featuring minors are all prohibited. These are to be expected, and what’s more, they’re completely understandable. The last bit of the new restrictions, however, is not so black and white and is bound to cause a few more problems.

Anything that harasses, bullies, abuses or incites harm or violence against an individual or group of people will also be banned. The announcement was later updated to clarify this restriction a little, stating it’s permissible to say, “I don’t like this group of people” but not okay to say, “I’m going to kill this group of people.” Even with those specifics, how this will come into play remains fuzzy and gray.

There are many communities on Reddit centered around pure hatred—which is not alone enough to ban them—but they certainly fall in and out of violation of the restrictions listed above. It doesn’t happen often that a target of a hate subreddit comments on one of its threads, but when it does, that user may harassed or bullied. Some of these communities have no descriptions and rules forbidding threats of harm and death, and some do. But in both situations, threats directed at entire groups of people occur. Users can be banned one by one, but the question remains: if these subreddits are so encouraging of hateful ideals against a group that they’ve been known to break (and may continue to break) these rules, should they be allowed to exist?

In answering the AMA questions on the announcement, Reddit administration already stated that some of the hate subs should be banned because their titles alone incite violence. Others, will be “separated.” “Separation” of certain subreddits was discussed—in the announcement—as a way of classifying certain communities that “violate a common sense of decency,” similar to how many will be classified NSFW. “Separated” subreddits must be opted into, will require a login, will not appear in search results or public listings and will generate no revenue for the site.

So what are some of the subreddits in question? There’s a ton. None has the following of r/Science, r/Technology or R/NotTheOnion, but some have tens of thousands of followers. Some are smaller but with very loyal subscribers. Here are just a few example of communities that—under the new rules—have already been banned or separated or are likely to be soon:

The community is flaunting its “Reddit seal of approval,” but it’s been announced that the infamous racism sub with nearly 20,000 subscribers will be separated.

Reddit’s new CEO already said this community itself along with every post and the archive is too be banned.

A top self.post is titled. “I wish I could shoot all the cripples myself.” Threats=banned.

This subreddit is dubbed as “fantasy,” but it’s unclear how threatening erotica will play into the new restrictions.

“Boys are stupid. Kill them. The less future oppressors we have, the better,” reads the community’s description. We’re guessing they’ll be banned.

It sports the motto “Women are property,'”and the description reads, “Feel free to say whatever the fuck you want to here we only ask that posts are related to the subreddit.” Even if rules are updated to forbid threats and harassment, the group’s title itself is inciting violence towards a group.

This community is obviously very offensive to most, and any outsider who speaks against it is brutally harassed and bullied.

“Shit Reddit Says,” although difficult to define, is one of the most controversial of all of the subreddits, and today, this image is what appears. It seems it’s been separated.

No word on r/SlutJustice yet, but it’s not looking good for them. There’s no direct threat of violence, so our guess is it will be separated.

Featuring photos that are not at all sexy…We’re not sure exactly sure how this community fits into the new restrictions, but the content just seems far too wrong to survive the new rules.

The title contains a clear threat. They’re still up but have already created a site on Voat, some sort of Swiss Reddit alternative, to use in the event they are banned.

This is clearly about rape and probably shouldn’t exist. 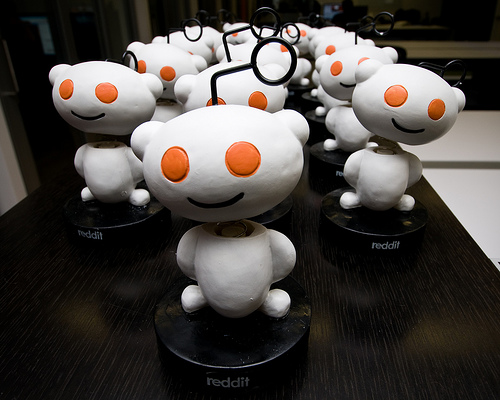