Hundreds of computer scientists, engineers, academics, futurists and concerned citizens have penned their signatures on an open letter warning of the dangers of military robots and urging a ban on their development. The Future of Life Institute is officially announcing the letter today at the International Joint Conference on Artificial Intelligence 2015 conference.

Among the backers are some incredibly influential names; Stephen Hawking, Elon Musk and Steve Wozniak all signed the open letter. Other endorsors include the founders of DeepMind Technologies Demis Hassabis and Mustafa Suleyman along with 20 of the lab’s other engineers, developers and research scientists.

The now Google-owned lab claims they’ve taken careful steps to assure their artificial intelligence technology won’t be abused. Although they’re making incredible strides in the field of AI research, they’re siding with some of the field’s experts on the issue of not pursuing it for autonomous military weapons. They know such weapons are only years (not even decades) of research away and fear that “the stakes are high.” Since DeepMind is one of if not the leader in AI research, the fact that 22 of their people signed on is huge.

The letter states that autonomous weapons have been describes as “the third revolution in warfare, after gunpowder and nuclear arms” and argues it would only be a matter of time before they fall into the hands of terrorists, dictators and warlords who may use them for ethnic cleansing and to control their populace.

“The key question for humanity today is whether to start a global AI arms race or to prevent it from starting. If any major military power pushes ahead with AI weapon development, a global arms race is virtually inevitable, and the endpoint of this technological trajectory is obvious: autonomous weapons will become the Kalashnikovs of tomorrow,” the letter reads.

The letter is “open,” meaning anyone who wants to back the issue can add their signature. Students, writers and bus boys have all done so and support is keeps growing. 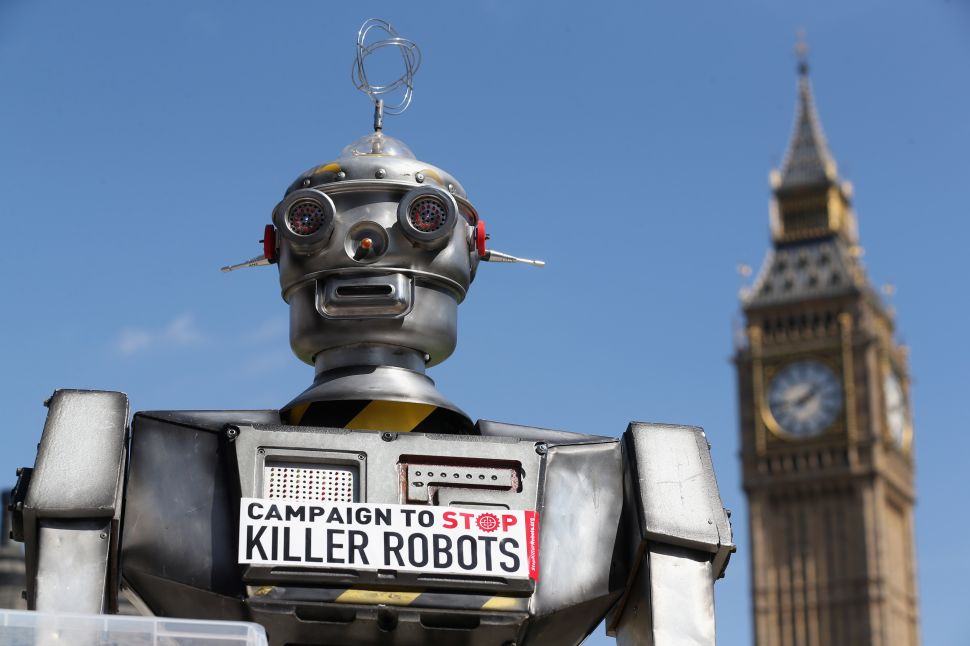