Imagine if the legendary rock leviathans of the late 1960s and early 1970s didn’t have the Gollum of pop radio whispering hoarsely in their ear, “Make it around three or four minutes long, repeat the chorus three times, and how ‘bout a nice bridge in E-minor?” What magic would the Stooges, the Doors, the Jefferson Airplane, Jimi Hendrix, the Pretty Things, and others have achieved if there had been no awareness that radio was a destination?

Krautrock is an entire secret history of rock unto itself.

During the first half of the 1970s, a pile of West German musicians escaped from pop’s three-minute veal cage, and the results were fantastic. This movement—not just a branch, but a whole forest of rock fashioned without the radio in mind—came to be known as Krautrock (a vaguely offensive but generally accepted label). Its progenitors created eminently logical magic: They took the fierce, feral essence of the old gods of rock and roll—Eddie Cochran, Bo Diddley, the Troggs, anyone capable of playing two chords while having a firecracker up their ass—and imbibed it with a truly progressive and revolutionary spirit.

Krautrock is an entire secret history of rock unto itself, and we don’t have the space here to trace its origins, ephemera and trajectory. (I’ll leave that to Julian Cope, who is to this subject what Doris Kearns Goodwin is to L.B.J.) Instead, let’s focus on a few of the absolutely essential artists and tracks in this gorgeously mesmeric movement.

Here are eight Krautrock artists you really need to know about.

Two songs that utterly personify Krautrock are “Autobahn” by Kraftwerk and “Hallogallo” by Neu! (please note that Neu! are the only band permitted to use punctuation in their name without being mercilessly ridiculed). Kraftwerk were a blueprint for the future; Neu!, an outline for a future that hasn’t arrived quite yet.

The elements of Kraftwerk’s “Autobahn” (which takes up the entire first side of the album of the same name) have become so common that it is terrifically easy to overlook how revolutionary the track actually was when it was released. One would be hard-pressed to find a single recording in the history of pop that introduced such radically new elements in such a user-friendly way (the only potential comparison points would be Louis Armstrong’s “Heebie Jeebies” or the Ramones’ “Blitzkrieg Bop”). “Autobahn” asks this of the listener: Give us 22 minutes, and we’ll give you the future of music. Prior to 1972, the synthesizer had been used to provide space-age salad dressing and to record novelty and classical music (most notably by the amazing Wendy Carlos). But completely replacing a pop band’s entire rhythm section with synthesized elements was virgin territory. Like “Blitzkrieg Bop,” “Autobahn” reduces everything we know about the white pop century to an intensely simple chord pattern, an eminently hummable melody, and a simple but intense heartbeat of a rhythm—but it does it with machines.

“Hallogallo,” the entirely instrumental song that opens Neu!’s 1972 self-titled debut album, is a similar call to arms. Over a perfect example of the “motorik” beat (a metronomic but aggressive 4/4 pulse that is one of Krautrock’s trademarks), the guitar-driven “Hallogallo” soars, sighs, throbs, tics and wahs for over 10 minutes. It is aggressive but elegant, meditative but constantly teetering on the edge of punkish revolt. Mono-chordal but never monochromatic, it announced the extraordinary dexterity, variety and intensity that could be explored by an exposition of one chord over a tic-tock drumbeat.

Can is pretty much exactly what you think a jam band would sound like if that loathsome genre was miraculously cleansed of all faux-hillbilly influences and guided by grace, not irony. Although Can’s catalog is wildly diverse (it includes everything from scraps that could be Senegalese TV jingles to crunching proto-punk that resembles the Stooges pretending to be Soft Machine), Can’s wheelhouse is lithe, rubbery, skipping jams that simultaneously channel Be-Bop and the Velvet Underground, played with the revolutionary fervor of the MC5 and the light-but wide-eyed touch of Tim Buckley.

La Dusseldorf was essentially a Neu! spinoff, and their 1976 eponymous debut presents a bubblegum variation on the Neu! sound: lengthy motorik-driven tracks accompanied by poppy synths, sing-along chants, and mad, hooky guitars. Two tracks from that first album belong on every Krautrock mixtape: “Dusseldorf” sounds like Mo Tucker, Kraftwerk and the Sex Pistols ganging up together to play Chris Montez’s “Let’s Dance,” and “Time” resembles Arcade Fire covering “Heroin.” Both songs (together they run to nearly 23 minutes) are as joyous and irresistible as art rock can get.

Hans Joachim Roedelius is one of the uniquely brilliant pioneers of the movement. By wedding Satie-like maximum melodic minimalism with playful synth invention, he pretty much invented both New Age and Brian Eno, who owes Roedelius a debt I doubt he can ever efficiently repay (and I suspect he would happily admit it). Roedelius’ work as a member of Cluster and Harmonia is beautiful and important, and his solo work—at age 81, he still continues to release first-rate music—is almost universally rewarding. Ash Ra Tempel (which featured ambient pioneer Klaus Schulze, and later evolved into New Age stalwarts Ashra) made a pile of almost comically pretentious art rock between ’71 and ’75, but their 1971 debut album is an absolute keeper. Ash Ra Tempel contains two sidelong tracks. Both begin with extended drone-and-feedback hums, half-melodies, and tinkles (imagine the opening to Zep’s “In the Evening” played for a really long time); but then each composition sluices into an incredible roar of war-machine-like power, cacophony and heavy metal ambient insanity. It’s like Blue Cheer attempting New Age music, and how cool of an idea is that? A good companion to Ash Ra Tempel’s debut is Klaus Schulze’s 1972 solo release, Irrlicht, which is pretty much the Pet Sounds of New Age music and/or a lower-volume Metal Machine Music.

That’s just the tip of the iceberg, but a mighty and formidable tip it is. These artists belong in the collection of anyone even vaguely interested in the potential of rock to ferment artistic revolt while maintaining the same kind of joy, power and emotional connection you find in the Beatles, Beach Boys or Ramones.

Oh shit, I almost forgot Faust. Faust made a lot of terrifically interesting music (they’re still at it, too) and are responsible for two vital albums: although much of 1973’s Faust IV resembles a looser Can, the album opener “Krautrock” is absolute dynamite and one of the genre’s unequivocally essential tracks, sounding (a lot) like “I Wanna Be Your Dog” played by the BBC Radiophonic Workshop; and Outside the Dream Syndicate (1974), a collaboration with NYC drone violinist Tony Conrad, takes Conrad’s eternal hell/heaven hum and supports it with a half-timed motorik beat, resulting in the most hypnotically unnerving ambient record ever produced. The International Court at the Hague should force noodle-making musical typists like Danny Elfman to be locked in a room for a month listening to nothing but a loop of Inside the Dream Syndicate. The world would be a far, far better place.

***
For Your (Re)Consideration: In the Beginning There Was My Hatred for Eric Clapton

For Your (Re)Consideration: Is the Who Better Than the Beatles? 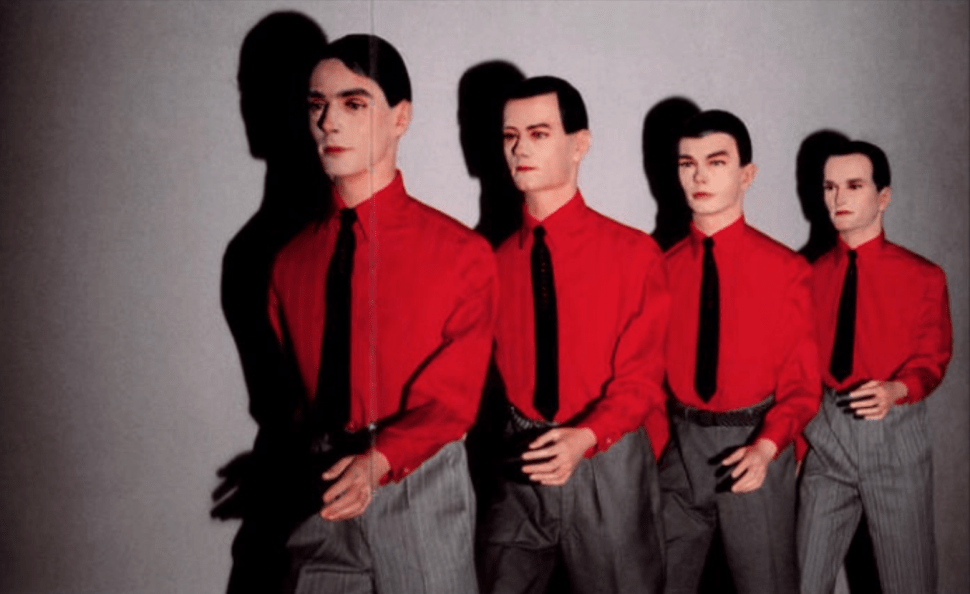