On the rainy weekday afternoon that we visited Philip House, the prewar rental-to-condo conversion that spans an entire Lexington Avenue block between 88th and 89th Streets, the lobby was abustle with activity: children being ushered to lessons, moms zinging to the gym downstairs, residents rushing out for a dog walk or darting back upstairs to retrieve a forgotten umbrella.

Given its location, it’s no surprise that the Chesire Group project would prove popular with families, but upon entering the just-completed Penthouse A—a 3,970-square-foot duplex with a more-than-generous eastern-facing terrace, listed for $12.85 million—we noticed many other lures besides location within the Victoria Hagan-designed interiors.

There was, for example, an “urban mudroom” with its own entrance right off the more proper entrance gallery—perfect, Stribling broker Robert McCain pointed out, for wet dogs and silty boots. There was also a partially open kitchen outfitted with countertops of Belgian bluestone with serrated edges. The bedrooms numbered four, and all five of the bathrooms had vanities equipped with nightlights in the bases, casting a warm and comforting glow.

It was, in all, very Victoria Hagan—an unobtrusively charming space, preternaturally adept at being neither objectionable nor boring.

The apartment, which Mr. McCain described as a prewar shell with new construction interiors “down to the copper pipes,” had much to recommend it to those without large clans as well. There were, for example, two wood-burning fireplaces, as well as banks of window seats bordered by narrow side mirrors in the living area, conveying a very cozy, English cottage-y feel in the white-on-cream-on-tan-on-ecru space.

Moving on to the second floor (a new construction addition), Mr. McCain explained that it had been left as a potential fifth bedroom, which could be walled off if the owner so desired. It would also, he added, make for an excellent guest suite, with its own mini kitchen and bath. If one were desirous of long-term company, there could hardly be a more ideal perch. The only problem, we supposed, would be shaking off guests who assumed themselves welcome to the extended-stay option. 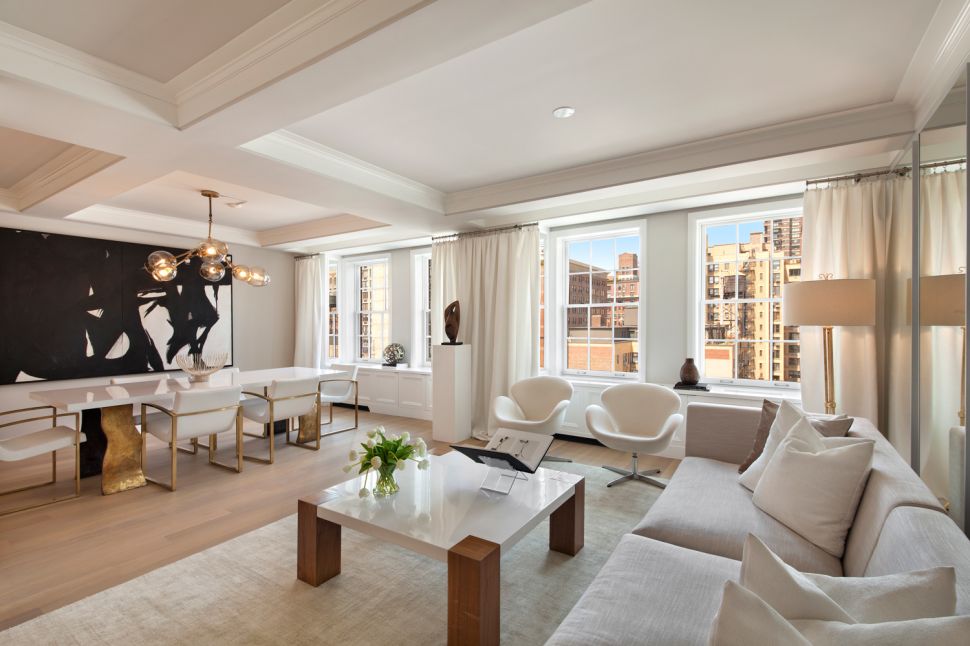