ADL President Abraham Foxman, himself a Holocaust survivor, demanded an apology for remarks he characterized as tone-deaf and as insulting to both blacks and Jews. Mr. Simmons, an African-American vegan and founder of the Def Jam record label, made the comments while participating in an event with New Yorkers for Clean Livable and Safe Streets—or NYCLASS—calling on Mayor Bill de Blasio to ban Central Park horse carriages.

“The comparison of animal suffering to that of human suffering in the Holocaust and in slavery is outrageous, offensive and insensitive,” Mr. Foxman said in a statement sent to the press, noting Mr. Simmons past work with the Jewish community. “The murder of six million Jews and millions of others who perished in the Holocaust, and the many millions who suffered under slavery, should never be used to make a political point.”

Mr. Simmons and NYCLASS were both supporters of Mayor Bill de Blasio’s mayoral run, but have voiced outrage over his failure to honor a campaign vow to ban the horse carriages—which they believe are cruel—”on day one” of his administration. It was a sentiment Mr. Simmons expressed again yesterday.

“There were people for slavery, remember? Almost everybody. Slavery was fine. There’s people that put people in ovens,” Mr. Simmons said outside City Hall yesterday, from the shotgun seat of one of the “horseless carriages” proposed to replace the equestrian ones. “There are people who have, there are all kinds of ethnic cleansing. People for it.”

“I was disgusted to read remarks by Russell Simmons comparing horse carriages in New York to the Holocaust,” he said. “This is an ignorant, sick statement that is beyond comprehension. How insulting and degrading to those who went through the gas chambers.”

Another Jewish legislator, Councilman Andrew Cohen of the Bronx, took a more empathetic tack even as he criticized Mr. Simmons statements.

“I respect Mr. Simmons’ passion for animal rights and while, by his own admission, he did not intend to offend, his comparison of the treatment of animals to the treatment of Jews by the Nazis is simply outrageous. In making such an egregious statement he is dehumanizing the victims of the Holocaust,” he said in a press release.

“Fuck no, I’m not apologizing,” he told the Observer in a phone interview yesterday. 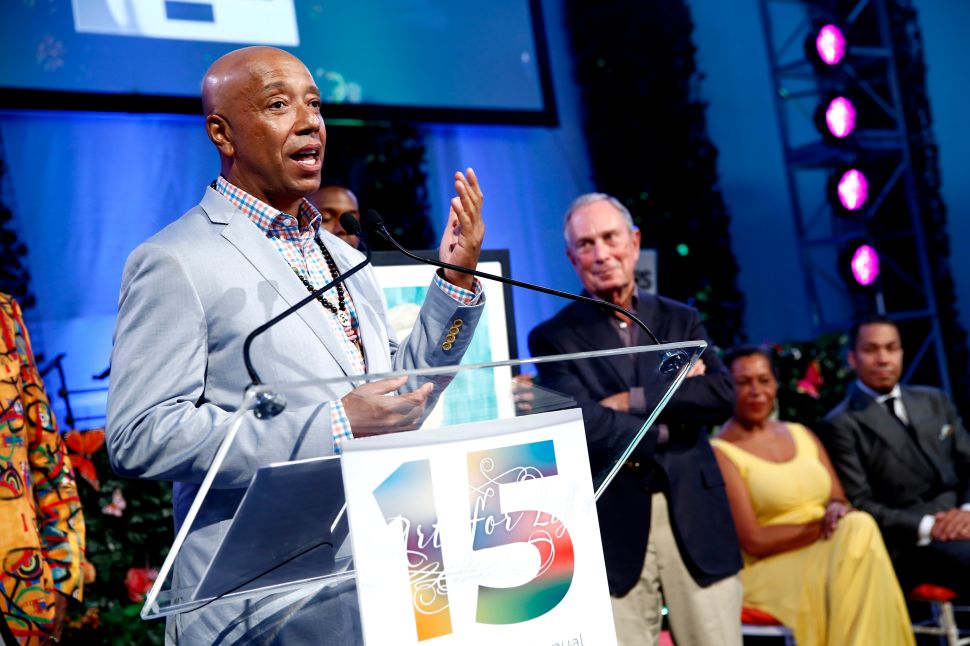