Having trouble standing the heat? You’re not the only one. A heat advisory for New York continues in effect until 6 pm today, along with an air quality health advisory due to ground level ozone, which is in effect until 10 tonight. Temperatures will remain in the mid 90s today, as they did yesterday, but the humidity is set to make it feel like the low 100s. “This kind of heat can be dangerous,” Mayor Bill de Blasio said in a news conference today. “People have to make smart decisions. People, of course, have to stay hydrated. Don’t stay out in the sun any longer than you have to. Be aware of the challenge of this circumstance.” Mr. de Blasio also told New Yorkers to stay away from cold beer on this hot day, as it’s not a good way to stay hydrated. (CBS)

Six people were killed across three boroughs this weekend, all in less than 48 hours. One man was stabbed by his son, who claimed his father had been domestically abusing him for many years, while the other five were killed from gunshot wounds. There have already been 174 killings this year—all of last year, only 165 lives were taking from similar incidents. (New York Times)

Mayor de Blasio has declined Uber’s request for a livestreamed sit-down to debate his proposed cap on the number of cars added. The mayor told reporters “I don’t debate with private corporations.” If passed, the cap would restrict Uber severely over the next year, only allowing the company to add 200 vehicles in the city over 14 months while a study on pollution and congestion is conducted. “Let’s be clear: Uber is a multibillion-dollar corporation, and they’re acting like one,” Mr. de Blasio said. “They’re looking out for their corporate bottom line. They’re putting their profits over all other considerations.” The bill is expected to be voted on later this week. (Observer)

It’s been revealed that Second Friendship Baptist Church, which has been standing on West 122nd Street for more than a century and was sold to the city for 1.5 billion earlier this month, will be demolished. “So many things have been lost in Harlem,” Harlem resident Ken Butler told DNAinfo, “It’s kind of sad to see things like this go.” The building was previously damaged by a fire in 2006, and the incident damaged most of its structure, making it unavailable for restoration. Before becoming a church, Second Friendship Baptist was a carriage house. (DNAinfo)

The heiress to the $18.6 billion Cox media fortune who tried to claim squatter’s right so she could take a 50-foot strip of public land for herself, has been rejected by a Suffolk County Judge. The land, which sits next to Ms. Rayner’s 12-acre compound in East Hampton, links Georgia Path to the Atlantic Ocean and is frequently used by beachgoers. Previously, Ms. Rayner and her mother, Anne Cox, built a fence around the public space and added a pool heater there. (New York Post) 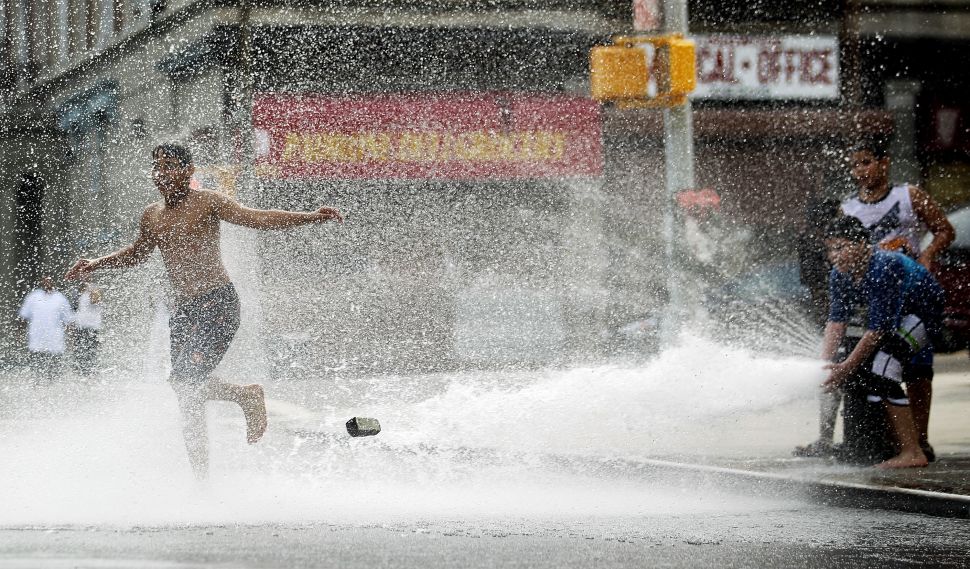