Immigrants arriving at Ellis Island don’t exactly conjure up images of America’s grand tradition of hospitality, but Airbnb has somehow decided that drawing parallels between its home-booking, hotel industry-disrupting company and black and white pictures of anxious-looking foreigners is a worthwhile marketing ploy.

“For 70 years, Ellis Island welcomed people from all backgrounds to NYC. Today, @Airbnb hosts continue the tradition,” the company reccently tweeted, with a link to a New York Times paid post.

“Via an Island of Hope, a New Home” is a slickly presented piece of native advertising by T Brand Studio, The New York Times‘ in-house branded content shop, paid for by Airbnb. The scroll-through pictures, and accompanying captions, put a positive spin on the boarding houses of the early 20th century and Airbnb hosts, who are apparently upholding the proud tradition of renting out rooms to people who otherwise couldn’t afford to come to New York.

For those granted visas, America’s culture of hospitality helped provide a sense of belonging in a foreign land. Private residences, both middle and lower class, offered immigrants simple shelter and sustenance for a reasonable price. Referred to today as “boarding houses,” it’s estimated that as many as half of all U.S. city dwellers in the 1800s owned or stayed in such lodgings.

But these boarding houses weren’t just a place for immigrants to feel at home in a strange land, the post claims. They were an economic engine.

“On a broader scale, America’s emerging culture of hospitality fostered economic growth by providing young men and women greater freedom to work,” a historian and author of a book about boarding houses is quoted as saying.

Hmmm, that sounds like those pro-Airbnb posters that were all over subway platforms last summer.

For Airbnb host Hans Penz, the cycle of hospitality continues today. After emigrating from Germany with his wife in 2011, the couple used Airbnb during their first nights in New York. Today, they continue that tradition in their own home on Staten Island, where they have hosted guests from around the world.

Now, it’s been a while since we’ve been to the Tenement Museum, but that’s not exactly how we remember the story going. 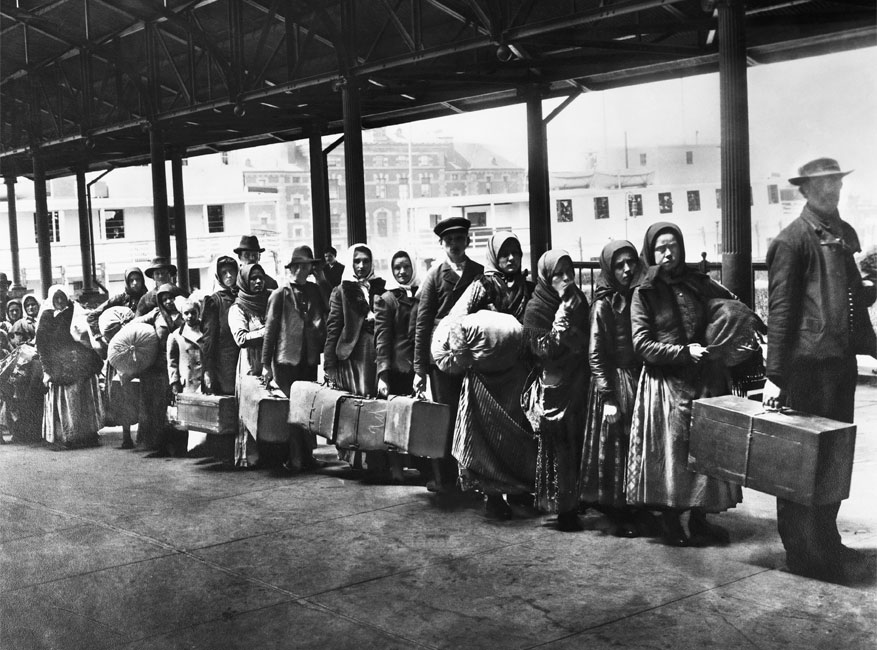