Every news story sets off a mad frenzy and land rush for scoops, hot takes and breaking information. Publicists seek to capitalize on this with a concept known in the industry as “newsjacking”—hijacking the conversation toward your client or industry. It’s pure media manipulation and everyone knows it.

Today, we live in a world where reporters do this as much as anyone. They’re so desperate to move the story forward and to snag attention for themselves or site that they hardly bother to fact-check or question. This is the reason that Benjamin Wareing, a 16-year-old British blogger, was able to trick New York Times reporter Frances Robles into believing and publishing that the mass murderer Dylann Roof was actually a fan of My Little Pony. It was all made up. The reporter later admitted her error in what looked like a genuine apology—“I embarrassed the paper and I embarrassed myself”—but it was too late.

It seems shocking and appalling that someone would do this simply for fun (and it is)—but it also reveals just how thin the protections against misinformation really are. I know this because I’ve played a similar trick on the Times before and according to Benjamin, may have even inspired his.

In this series, we’ve interviewed nearly a dozen controversial media figures who have exposed loopholes, weaknesses and problems with our media system. Here’s another one who also claims to have read my book as part of his exploration. Funny enough when I asked him for any evidence of that fact he said “I don’t see why I’d lie about owning a book.” (Well, Ben, after your stunt you might want to get used to that question.) But whatever you might think of his actions or his credibility, he is at least willing to explain to the public how such deceit and exploitation works.

What we chose to do with this information (and how much of it we’ll believe) is up to us—but I think we should listen and learn from it.

You said that your goal was to get a reporter to publish something that was completely fabricated. Where did this idea come from? Were you inspired by anyone or anything?

The idea was half spontaneous, half planned out. I had wanted to expose the fault in online reporting for quite some time, but never saw the opportunity to do so. In this instance, the opportunity was right in front of me. A wise man once taught me that should you have an opportunity to do what is right, you should take it at an instance. I wasn’t inspired by anyone per se, but all my workings have been influenced by a collection of authors in some way or another. As much as I like being unique, it’s always good to tie in some sort of literature heritage in your workings!

Tell us how it happened and why you think it happened. Why do you think the reporter was so inclined to jump on this and take your word for it (instead of seeing screenshots)?

I believe the fact that the reporter in question “fell for it,” per se, was because of the immense pressure she was evidently under. I think this pressure to report on as much as possible in such a minute period of time creates a horrible cocktail for accidents and mishaps. So in basic terms, pressure causes accidents. It’s human nature. If we can reduce the pressure on a reporter, and reassure them that their correct reporting is good, then they will be more motivated to perform to the highest of their abilities. That’s basic team management; praise and motivation results in success.

What were you hoping to accomplish? When I did my stunt, I wanted to reveal just how easy it was—like a hacker might expose a loophole. Was that part of your motivation?

In my stunt, I solely wanted to highlight the fault in modern-day reporting over the Internet. There is no other reason behind it. As explained above, mounting pressure evidently causes mistakes. My aim is to result in a change in that factor, to reduce the stress placed on reporters which will hopefully reduce the amount of mistakes and ‘slipped stories’ from being placed. A golden rule for me, in terms of reporting on events, is to fact-check extensively. If there aren’t facts, don’t publish. If there aren’t enough facts, don’t publish. You only consider publishing when you’re at least 80% sure of the content you’re posting, and even then, you admit that this isn’t confirmed information.

You’re 16—how did you become a student of the inner workings of journalism like this? What opened your eyes? Did you read my book before or after this all happened? Anything you wish more people your age read?

I did read your book before this, I’m a bit of a book-maniac! I really don’t think age has anything to do with ability in this sector of ‘work’, as long as you have common sense, a truly perceptive set of eyes and a lingual talent, you’re good enough!

I think you learn your way to the top here, like you and your mentoring, I find my own ways until such means are accessible. Be that through interviews with celebrities or publishing my true opinion of something, everything contributes to your learning. Even mistakes. A famous example of that is with basketball legend Michael Jordan. I wish more people my age just read. Nothing specific like suggested in your question, because there doesn’t need to be. Just to read. Be it the most complicated book in your library based on universal physics to a simple story teller, whatever you enjoy, read. I don’t think young people read enough and it’s such a depressing fact. There is nothing more enjoyable than finishing a book and relishing in the knowledge you have just gained.

One of the things that happens after a stunt like this, I think, is a bit of shooting the messenger. Or shooting the prankster for what weaknesses in our psychology they exploited. What has the response been like for you?

My response has been largely positive! I’d say about 90% of the community feedback I have received is positive and encouraging. That’s what drives me to continue, to know I have made someone happy. Despite these wonderful people, there are still those that disagree. Although they’ve been a minority, there still has been plenty of hateful comments. Alas, this has been based on my choice of including “My Little Pony” as an inclusion in my report, and some people finding that an attack on their community. I cannot stress enough how untrue that is, and largely place the blame on other reporters using it as a headline and focus, and not the true message at heart. However, I never let the negatives get to me, because for every one negative comment there are 9 positives. It’s those positive comments that push me to aim higher, that push me further.

All the sincere motivations aside, one could argue that this was perhaps not the best time, place or subject for such an experiment. Did you feel any compunction about doing it? Now that you’ve had some time—and you’ve seen the reporter’s reaction (which I thought was earnest)—do you wish you’d do anything differently?

As I’ve said, opportunity struck and I had to take it. My heart reaches out to the affected families of Dylann Roof, but I think it’s important to realise this stunt was NOT an attack on them, nor has it ever been portrayed that way. On the day of the shooting, I mourned for the lost. I feel spiritual in times of loss, and despite my report, this was still no exception. People have lost beautiful friends and family, and no amount of words can express the loss they must feel.

However, I think this was a perfect opportunity to highlight the issue at hand; how reporters can easily publish complete lies without thinking twice beforehand. That’s the issue I want to combat.

I have indeed issued a public apology to both the “My Little Pony” ‘fandom’ for including it as a small reference and I have personally apologised to Frances Robles both publicly and by direct email. She has read this. As for if she forgives me, I don’t know, but I do know that this will have a positive effect on the way herself and other reporters report, taking more care into the work they publish.

What do you want to do next? What can we expect from such a provocative young guy like you in the years to come?

Who knows! Fate works in mysterious and beautiful ways. I have many doors accessible to me, from being able to report in a 3rd world country like South Africa for a few months, to having full access to RSPCA. In fact, I completely support the work of RSPCA. No one truly understands the amount of work they do on a daily basis, and the positive contributions they have on vulnerable animals. I love being in the presence of RSPCA.

Yeah, I don’t know where my next ‘big’ adventure will take me. Either way, I love contributing to my blog, be it a small opinion on human-technology integrations to a fictional piece.  I guess my next big adventure will occur when someone enjoys my work. I hope every post makes someone smile and think, because that’s the goal with my blog.

For me right now, I’m taking a very short break from reporting and writing for my blog. Mainly due to the negative feedback (which is a first for me) but also because of how exhausting the constant onslaught of reporters can be.

I will return with something, though, and I’m sure it will be a lot more humble and simple than the report in question! 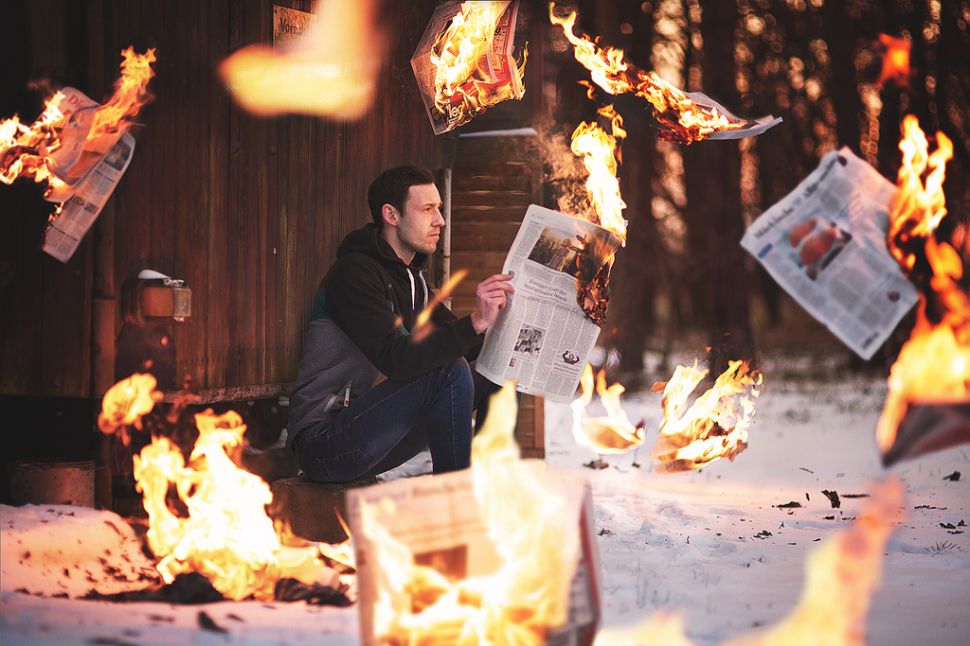