As another ho-hum teenage fantasy lost in the shuffle of a seemingly interminable parade of Marvel comics, Ant-Man is a brainless bore and a colossal waste of money, time and computer-generated special effects that will probably make billions. The market for superheroes is what it is, and so is the movie. If you hate insects, bring your own anti-itch ointment.

The script, by four typists who should remain nameless, is a disjointed compilation of recycled action, unoriginal characters and mind-bending stupidity about Dr. Pym (Michael Douglas), a scientist in San Francisco who invents a revolutionary technology called the “Pym Particle” that can reduce objects to the size of a chipmunk’s cerebellum. Imagine what that could mean in fighting wars. But there’s a boo-hiss villain on the loose named Darren Cross, a.k.a. Yellowjacket (Corey Stoll), the evil head of the research corporation where Dr. Pym made his discovery, who is also in love with the scientist’s daughter (Evangeline Lilly).

If the secret formula falls into the wrong hands, it could mean the end of the world! Dr. Pym races against the clock to find a moron willing to don an Ant-Man suit that will shrink him to the size of a peanut and allow him to command an ant army. The person he chooses is a cat burglar named Scott Lang (Paul Rudd) who just got out of San Quentin with a degree in electrical engineering and a job scooping cones at Baskin-Robbins. Cue the ants.

The leaden script is top-heavy with exposition before it ever gets to the action. You hear plenty about ICBMs, quantum realms and sub-atomic regulators before you see the first ant. Then you can’t get rid of them. The rest of the movie, with simulated direction from a mixing-lab keyboard by somebody called Peyton Reed, is a series of stunts borrowed from such sci-fi classics as The Incredible Shrinking Man and The Fly. But mostly, it’s about the computerized ants. Millions of them. All kinds. Carpenter ants, fire ants, bullet ants—not to mention the ordinary ants that turn picnics into horror movies.

While the ants carry Scott on their wings like helicopters, Dr. Pym controls them with electro-magnetic waves. If the Ant-Man screws up, he can shrink out of existence and disappear forever. That would leave his adoring little daughter at the mercy of her new stepfather, played with stoic blankness by a wasted Bobby Cannavale. I don’t blame him. It’s hard to get too excited about a superhero the size of your index fingernail. Ant-Man is no Spider-Man or Avenger, especially played by Paul Rudd, who looks like a fraternity boy and has neither the charisma nor the cajones to carry an assignment of this magnitude. 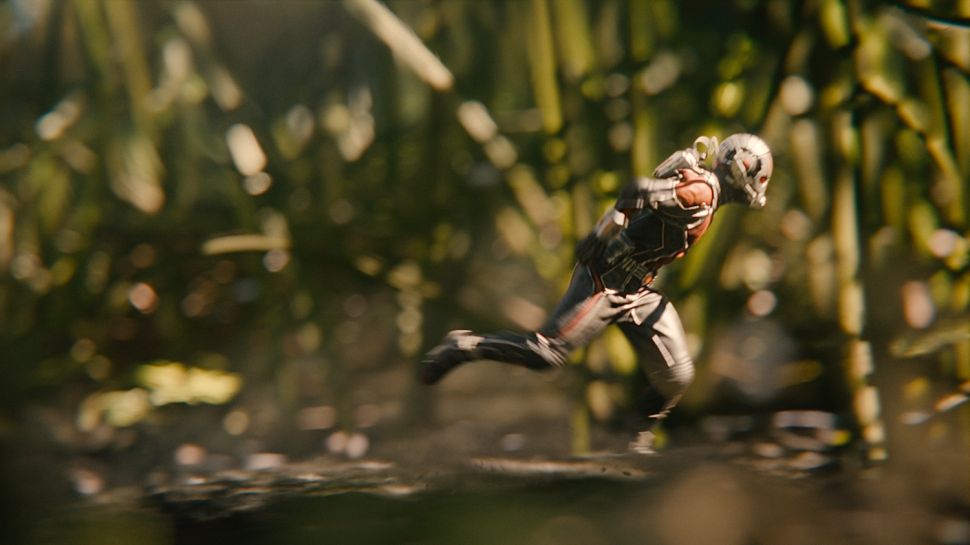