On Tuesday, international art fair giant Art Basel announced that Noah Horowitz will be its new Director of the Americas. In the brand new role, Mr. Horowitz will helm Art Basel’s Miami Beach show, one of the largest and most anticipated fairs in the U.S each year.

Art Basel Director Marc Spiegler told the Observer: “When I joined Basel there were 17 people. Now there are more than 50, and the U.S. has become even more significant than it was in comparison to 2002 when Art Basel Miami Beach launched because activity in Latin America has swelled.”

By raiding Mr. Horowitz, Art Basel is positioning itself as an even bigger fish than it already is—and its one of the hugest. This year, it moved its Hong Kong fair from May to March, a move that was not without conflict. It ended up overlapping—and possible luring galleries and business from—The European Fine Art Fair (TEFAF), arguably the biggest and most respected fair on the continent, and with Art Dubai.

Mr. Spiegler explained that Mr. Horowitz’s ability to breath new life into the Armory Show had attracted his attention. Since 2011, the fair (founded and helmed for years by dealer Paul Morris) has tightened its gallery roster, and added many first time exhibitors through its regional FOCUS sections from Latin America, China, the U.S., and the countries of the Middle East, North Africa, and Mediterranean (MENAM).

On adding the new Director Americas position, he said, “We learned from having an Asia director when we launch the Hong Kong fair in 2011 that it’s really great to have a director-level person for each region who is focused on working very close with its galleries, museums, and collectors, and fostering those relationships.”

Mr. Horowitz told the Observer, “One of the exciting things about this this role is that it will allow me to cover parts of the regional U.S., and indeed to spend a lot more time in Mexico, South and Central America, and Canada. There’s a huge amount of ground to be covered.”

Before his Armory role, Mr. Horowitz  served as Director of the VIP Art Fair, and is the author of the 2011 book Art of the Deal: Contemporary Art in a Global Financial Market.

Continuing the Observer’s tradition of checking in with Mr. Horowitz periodically for music suggestions—he’s provided guidance for us on numerous occasions during art fairs weeks—we had to ask what he was listening to today to celebrate his big news.

“I was on the subway today and a friend had sent me a picture of the South of France. So I ended up turning on The Rolling Stones’ Exile on Main Street,” he told us.

Mr. Horowitz will begin in his new role in August 2015.

Art Basel Miami Beach opens to the public Dec. 3, 2015 in the Miami Beach Convention Center. It’s 2014 iteration, according to the company, received 73,000 visitors. 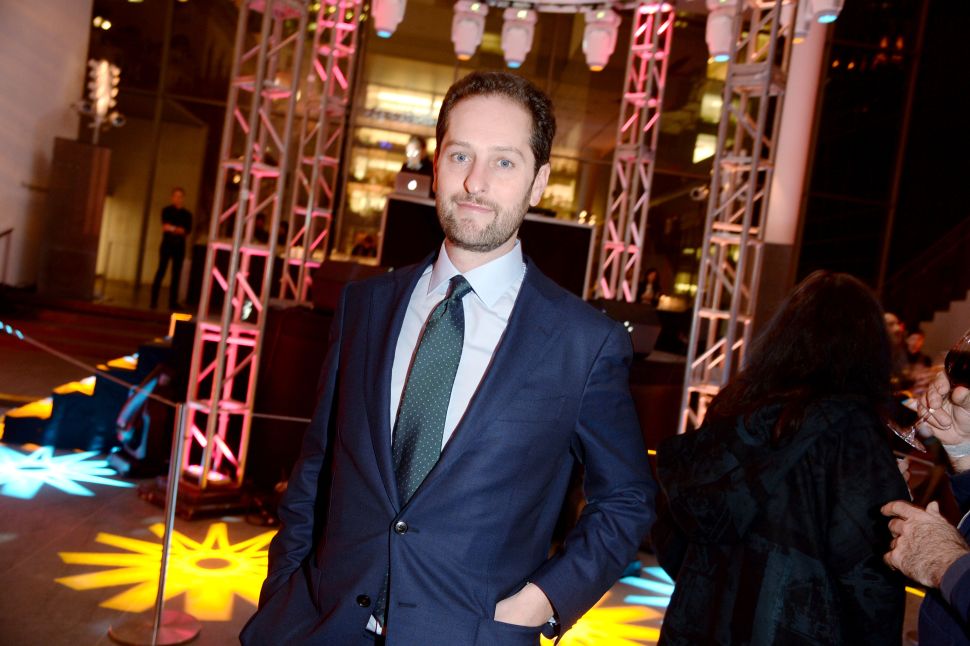