I feel sorry for all the cheaters on Ashley Madison. They were assured that their affairs were discreet as they sought extramarital liaisons. But along came hackers who obtained their personal information, credit cards, and are now threatening to release it all, along with their declared sexual fantasies, unless Ashley Madison shuts down, permanently.

After claiming that Ashley Madison never fully deleted the information of even those who chose to leave the site, the hackers wrote: “Too bad for those men, they’re cheating dirtbags and deserve no such discretion.”

We’ll see how this all pans out. But one thing is certain. Whether or not married men and women find hookups on the Internet, it won’t stop them from cheating. Infidelity is as old as time itself.

But why? Why do men who love their wives still cheat?

In truth, men have affairs not for physical reasons but emotional ones. They cheat not out of a sense of confidence but out of a state of brokenness.

What gets in the way of any deep understanding of infidelity is the public’s natural assumption that husbands have affairs for sex. In fact, the vast majority of husbands’ affairs have no physical component. They’re often cyber affairs that take place in Internet chat rooms. They are conducted over the phone and are never consummated. And even when they do get physical it is often very bad and unsatisfying sex. Just ask Monica Lewinsky (as revealed in her testimony to the Starr Report).

In truth, men have affairs not for physical reasons but emotional ones. They cheat not out of a sense of confidence but out of a state of brokenness. Not out of a sense of how desirable they are but out of a sense of what failures they must be. And this is especially true of men like Tiger Woods and Bill Clinton who live in hyper-competitive environments where they realize that they are only special to the extent that they keep on winning. Men like these are particularly broken, living as they do just one failure away from obscurity. They know that their value as human beings rests entirely in other people’s hands. They constantly question their self-worth and they turn to women both to feel desirable and sexy and to comfort them from their pain.

Yes, I know. Superstars sportsmen like Tiger Woods appear to the public as cool as a cucumber. But beneath the calm veneer is a man who has been trained to believe that his value as a human being rests entirely on a never-ending game of human one-upmanship. Those who have made their names in sports and politics live with unimaginable insecurity. And rather than deal with these insecurities in a healthy way by having deep emotional conversations with their wives about their fears, it is easier to simply paper them over by turning to strangers who make them feel desirable. The attention of other women brings a momentary silencing of the inner demons who constantly taunt them with whispers of their own insignificance. And the more prized the woman is by other men, the greater the validation these men feel.

Coupled with this is the intuitive gravitation by men to the healing powers of the feminine. Men who are in pain use the caress and the care of a woman as a salve to sooth their broken egos. Having a woman care for you and make herself available to you—not to mention tell you how wonderful you are—becomes a drug that makes you feel better instantly. Of course, the healing is ephemeral and unfulfilling based as it is on a highly artificial sense of intimacy.

The obvious question, now, is this: If a man who feels deeply insecure looks to a woman to make him feel special, then why doesn’t he turn to his own wife? After all, she’s a woman, right?

The answer: Because any man who suspects deep down that he is a loser is going to look at the woman dumb enough to marry him as a loser squared. She has allied herself with failure and is part of the same loser package. And if she has no value, how can she make someone else feel special?

The public makes the mistake of assuming that powerful, successful men are the most confident when precisely the opposite is true. Everyone who seeks the spotlight, whether in sports, television, or politics, does so to compensate for some inner feeling of inadequacy, as Aristotle made clear more than two millennia ago. Every “successful” man is inwardly broken in some way. If not, why would they spend their lives seeking a place in the public’s heart?

Many will argue with me. Adultery is about sex. It’s about powerful men behaving arrogantly. But then why is the most common refrain of the adulterous husband to his mistress the infamous, “My wife doesn’t understand me,” meaning: “My wife can’t take away my pain, but maybe you can. My wife can’t make me feel good about myself. Even in my marriage I still feel insignificant. But being with you makes me feel special.”

They’re expressing their inner misery and blaming their wives for their unhappiness when really they are solely responsible for their low self-esteem, which will carry over into every relationship until they finally decides to fix themselves.

Many have said that husbands who cheat are sex addicts. But then why aren’t they addicted to sex with their wives? Why does it have to come from another woman?

But from understanding the cause we can create a solution. Men who learn to talk to their wives about their deepest fears become more immune to an affair. Infidelity, it turns out, often provides a starting point for couples to address the void in their relationship, which usually consists of the lack of truly intimate communication about life’s anxieties and apprehensions.

A man’s deepest fear is of failure. And the person he most masks this from is his own wife because she is the person whose opinion matters most. But the No. 1 complaint of wives in marriage is that their husbands don’t talk to them about their feelings.

When a philandering husband is trying to win his wife back after cheating on her, what better way than to finally open up to her about the reasons for his unfaithfulness. It was never a rejection of her. It did not happen because she did not give him enough sex, or that she didn’t go to the gym, or wasn’t emotionally available. Those are the excuses of a coward. A boy blames others for his failures. A man takes responsibility for his actions. Rather, it was because he falsely thought that someone other than his wife could make him feel good about himself. And now he has learned that those feelings of self-confidence are the preserve of only one woman.

The author, whom Newsweek and The Washington Post call “the most famous rabbi in America,” is the international best-selling author of 30 books, including Kosher Sex, Kosher Lust, and Kosher Adultery. Follow him on Twitter @RabbiShmuley. 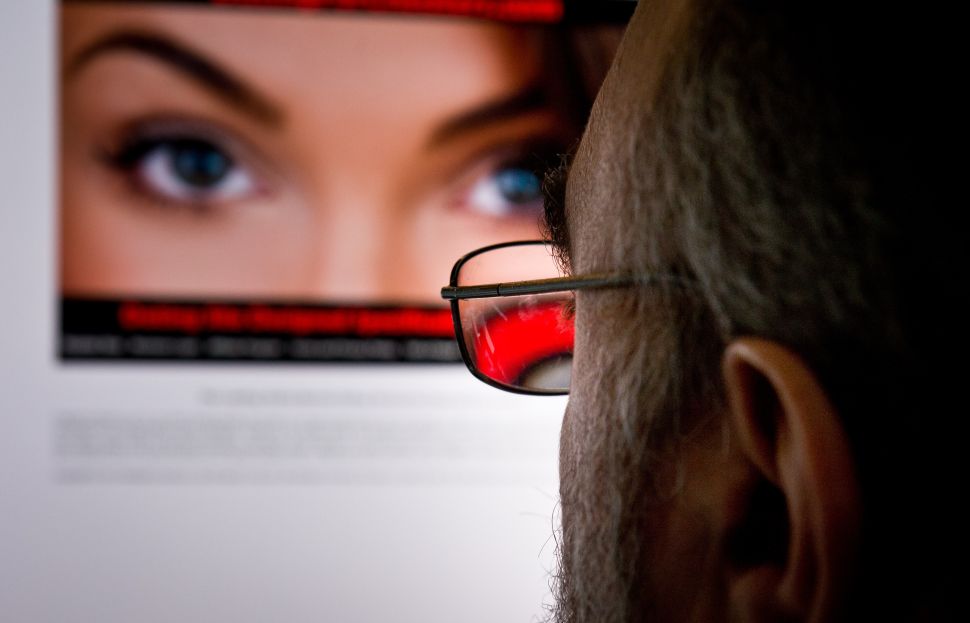