The appeal of the man-bun, actively debated amongst contemporary fashion-minded folks, is certainly controversial. But amidst the discussion of beards, buns, and bangs, we’ve forgotten the most classic of do-ups: the pony tail.

Matt Damon made waves at a Beijing press conference today when he debuted a decidedly grunge ponytail: a new look for the usually clean-cut Bourne actor.

Though the hairstyle change is no doubt shocking, Mr. Damon is not alone in rocking a ponytail’d ‘do. Let’s take a look at some of the best ponytails the fine men of Hollywood have to offer.

Brad Pitt was perhaps a ponytail icon for Mr. Damon:

Snoop Dogg is known to wear his long hair in a ponytail:

Teenage heart throb Justin Bieber has even gotten on board:

Kudos to you, Mr. Damon. 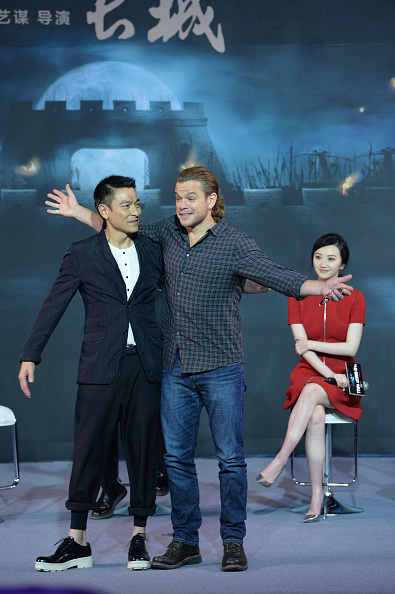