The honeymoon phase between Alexander Wang and Balenciaga is officially over and it looks like their relationship is irreparable. This morning WWD has reported that the Kering-owned brand has decided not to renew their contract with Mr. Wang, who was named creative director in 2012. He was the replacement for Nicolas Ghesquière, who decamped for Louis Vuitton after a 15-year stint with the French label.

Today’s reports speculates that the upcoming Paris Fashion Week will be Mr. Wang’s last at Balenciaga, where the Spring 2016 range will be unveiled. It also notes that Kering is looking for a relatively unknown creative to fill the top role, quite like what they’ve done at Gucci, when they plucked Alessandro Michele from obscurity for the creative director gig. Going with a lesser-known lead has bode well for the Italian brand, as they’ve reported a 4.6 percent growth in sales over the past three months.

This news arrives amidst a swirl of rumors that Mr. Wang is aiming to expand his eponymous collection. Additionally, it looks like he is covertly seeking out investors to further its growth.

The beloved 31-year-old designer was the first American to helm a French maison in over a decade. Balenciaga gave him plenty of space to flex his creative muscle, allowing him to redesign numerous flagship stores and produce lavish runway shows, season after season. He also introduced a slew of new handbags, including Le Dix, which is bound to become a classic, alongside the widely-recognized Motorcycle bag.

While the fashion scene will surely miss Mr. Wang as an international influence, they are also having a grand old time speculating who his replacement will be. Stay tuned as yet another stylish round of musical chairs begins. 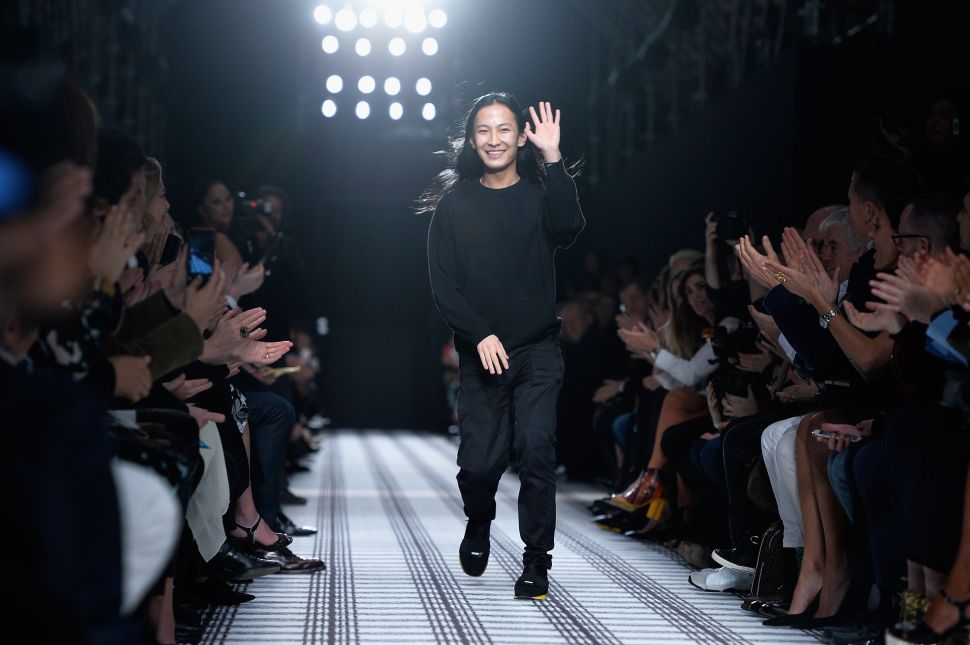