“There is nothing in the record of the past two years when both houses of Congress have been controlled by the Republican Party, which can lead any person to believe that those promises will be fulfilled in the future. They follow the Hitler line—no matter how big the lie; repeat it often enough and the masses will regard it as truth.”

President John F. Kennedy stated the quote above, but it could very well be a quote on one of the many memes floating around the Internet of Bernie Sanders. Just as the 1960s needed a president like John F. Kennedy to push forth progress on the passage of the Civil Rights Act in 1964 from the conservative stronghold at the time that held firm on their power and prejudices, America needs a president like Bernie Sanders to mitigate the civil wrongs being perpetuated today by a government being increasingly influenced by enormously wealthy interests. John F. Kennedy defended his liberal views in his 1960 presidential party nomination acceptance speech by declaring, “If by a ‘Liberal’ they mean someone who looks ahead and not behind, someone who welcomes new ideas without rigid reactions, someone who cares about the welfare of the people—their health, their housing, their schools, their jobs, their civil rights, and their civil liberties—someone who believes we can break through the stalemate and suspicions that grip us in our policies abroad, if that is what they mean by a ‘Liberal,’ then I’m proud to say I’m a ‘Liberal.’ ”

The substance of the Bernie Sanders campaign has focused on the welfare of the people and the big issues that they care about. The similar reforms that John F. Kennedy so eloquently fought for that helped him win the Democratic Presidential nomination in 1960 are what is catapulting Bernie Sanders to seriously contend for the 2016 Democratic presidential nomination. In a recent interview with the Boston Herald, Massachusetts Sen. Elizabeth Warren said, “Bernie’s out talking about the issues that the American people want to hear about.” She added about his supporters, “these are people who care about these issues, and that’s who Bernie’s reaching. I love what Bernie is talking about. I think all the presidential candidates should be out talking about the big issues.”

Bernie Sanders is a radical compared to the status quo, but one who is desperately needed in order for real change and progress to persevere.

Mr. Sanders’ rising popularity is indicative of the pervasive inequalities that hinder our country’s progress. He is a voice for those suffering in pain and poverty. John F. Kennedy stated in his inaugural address, “If a free society cannot help the many who are poor, it cannot save the few who are rich.” It is because of this fact that we need a president not only elected by the people, but one whose campaign is funded and run by the people, not dictated by a small handful of wealthy interests that tie strings between their donations and the candidate they fund.

New York Sen. Robert F. Kennedy said in a speech about apartheid in South Africa, “Each time a man stands up for an ideal, or acts to improve the lot of others, or strikes out against injustice, he sends forth a tiny ripple of hope, and crossing each other from a million different centers of energy and daring those ripples build a current which can sweep down the mightiest walls of oppression and resistance.”

Those ripples being felt today are the growing number of supporters for Bernie Sanders. Slowly but surely, the mainstream media is taking him more seriously, and the current Democratic frontrunner, Hilary Clinton, has grown weary of his budding momentum. Robert and John F. Kennedy were radicals for their time, but their popularity and successes stemmed from their message that equality of opportunities should be afforded to each and every American. They paid the price for their popularity with their lives, but the echoes of their words and efforts still ring throughout our society today as we struggle with many of the same issues they fought so vigilantly in the 1960s to overcome.

Bernie Sanders is a radical compared to the status quo, but one who is desperately needed in order for real change and progress to persevere. The Kennedys looked forward to a future America in which our wealth, power and military strength were matched by our wisdom, purpose and moral restraint. The stances that Bernie Sanders is taking on each issue reflects the wisdom, honesty, morality and purpose that are lacking in a political climate hindered by political correctness, ulterior motives and outside interests. We need a president who is willing to cross the boundaries set by that atmosphere.

Robert F. Kennedy also stated in a report to the United States Senate in 1966, “A revolution is coming—a revolution which will be peaceful if we are wise enough; compassionate if we care enough; successful if we are fortunate enough—but a revolution which is coming whether we will it or not. We can affect its character; we cannot alter its inevitability.” For America’s sake, let us hope that we are wise enough to not give in to the corruption of corporate backed politicians and support one that depends on each individual to have a fighting chance.

Michael Sainato’s writing has appeared in The Guardian, The Plain Dealer, Miami Herald, Miami Times, Gainesville Sun, and the Tallahassee Democrat. Find him on Twitter @msainat1. 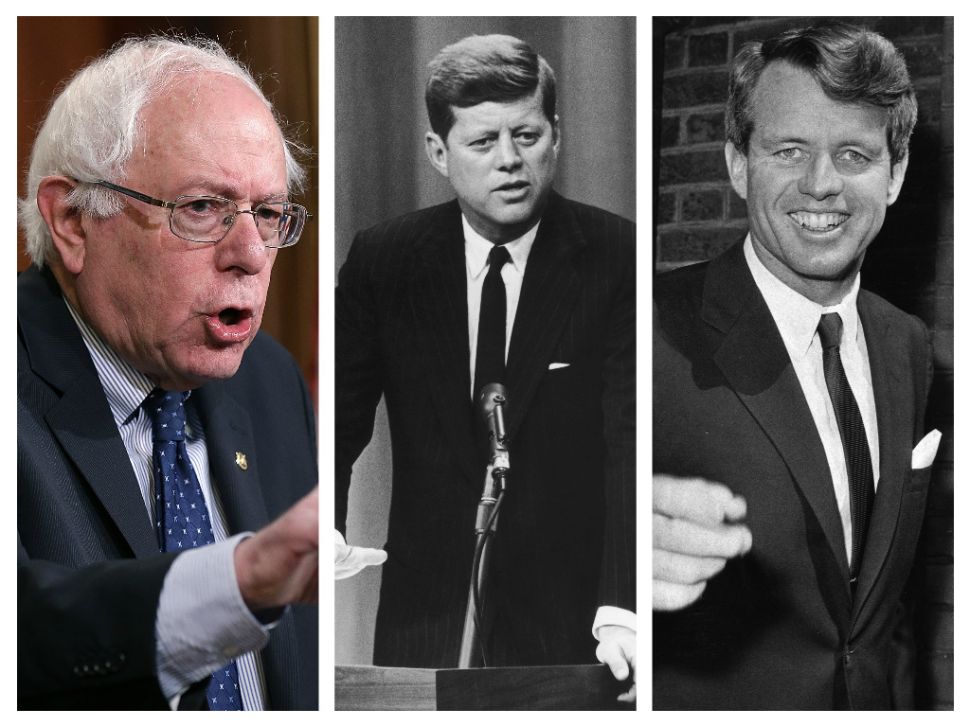