On May 19, 2015, Bernie Sanders introduced a bill to make all 4-year public college tuition free. Under the proposed legislation, the $70 billion a year awarded in assistance in the form of federal student loans and grants would be paid for through taxes on Wall Street transactions.

But, that’s not all. The bill would also simplify the student financial aid process, expand federal work-study programs, and reduce and cap interest rates on student loans.

The bill comes at a time of soaring college tuition rates as federal assistance is consistently declining.

Senator Sanders has announced his stance on this issue in numerous media appearances. This is a glimmer of hope to those with college degrees in wallowing job markets and burdening student debts, which is over $1 Trillion and counting, in America, while the Congressional Budget Office predicts that the student loans the government will make over the next decade will ultimately yield $135 billion over the term of those loans as graduates pay back their debt with interest.

College tuition rates are out of control and the student loans that graduates are taking with them are devastating America’s middle class.

Every candidate should be backing this bill or propose workable bills that are just as, if not more effective. College tuition rates are out of control and the student loans that graduates are taking with them are devastating America’s middle class. Student loans and College tuition rates are too expensive for middle class families to even save for as college savings plans for children are now used as tax shelters for the wealthy as middle class family households are burdened with the student debt of the household heads well into the years they should be focusing on retirement savings. The antiquated lines of mere knowledge obtained from a higher education isn’t enough anymore to ensure success in America’s economic climate that is seeing college debt as a deterrent from the American dream rather than what it is meant to be, an opportunity to achieve it.

Bill Clinton said in a speech in 2000, “when we make college more affordable, we make the American dream more achievable.” Mr. Clinton was right in that nothing would provide better opportunity than affordable college education for the youth of this country in the face of soaring youth unemployment rates and underemployment. Mr. Clinton added, “ I had the help of scholarships and loans and jobs. And if I hadn’t had that help, there’s no way in the world I would be standing here today. I know that.”

When Bill Clinton attended Georgetown, the tuition was around $6,000. Given Bill Clinton’s experience and those of every college student in America who doesn’t come from a wealthy background, Hillary Clinton, and every other candidate, Democrat and Republican, need to get behind making college tuition in this country free. In a recent speech in Fort Lauderdale, Ms. Clinton said people “can’t rise if their governor makes it harder for them to get a college education,” in regards to Republican nominee and former Florida Governor Jeb Bush. Despite her rhetoric and that of many other presidential hopefuls, no candidate has put more action to their claims of favoring accessible, affordable education than Bernie Sanders.

Hillary Clinton may be leading the polls, receiving millions of dollars from wealthy donors, and has the name recognition and resume to win the democratic nomination. But Bernie Sanders has the right ideology that serves the best interests of all Americans. Every other politician who runs for any office from here on out better take note of Bernie Sanders’ campaign. His voice is the voice of thousands of Americans who have been neglected and swayed from a political system that rarely invokes positive change in the average person’s life. 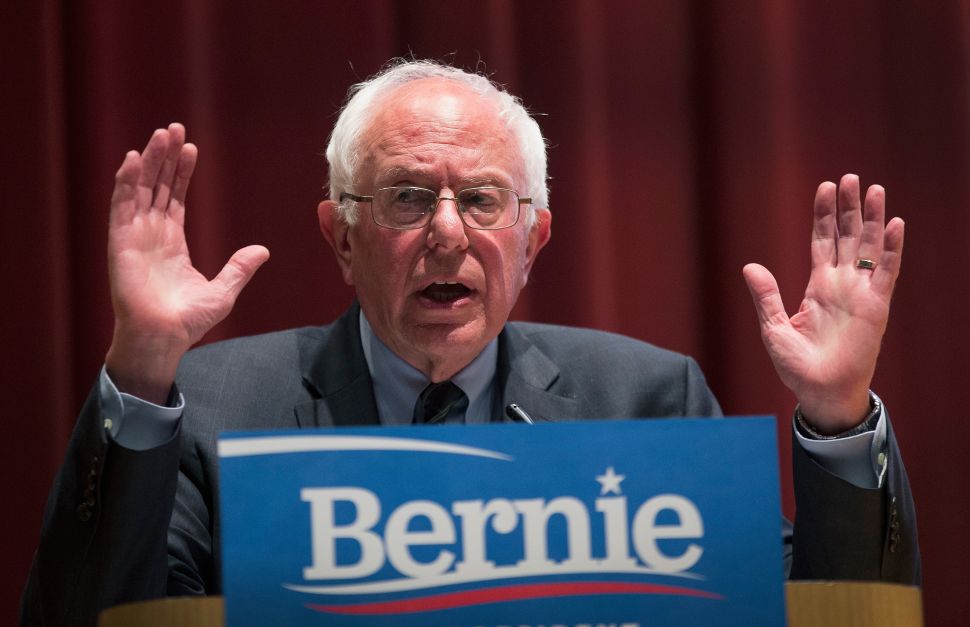