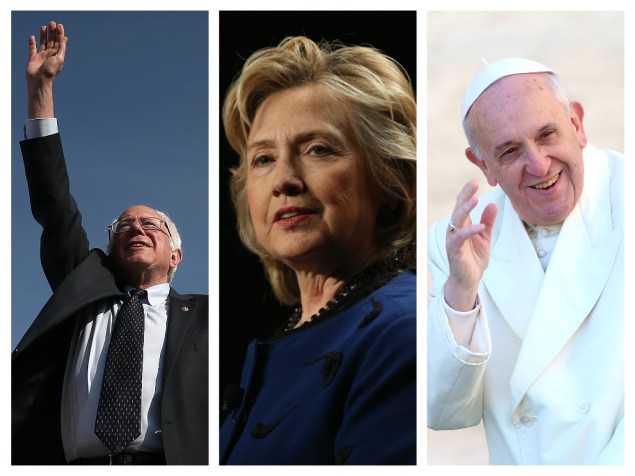 With great mercy to my readers, this will not be another story about the media mania surrounding the presidential candidacy of Donald Trump but a prediction that when September comes, and Pope Francis arrives on American soil, there will be a different kind of mania that will powerfully affect the course of the 2016 campaign: pope mania!

Francis will be visiting New York, Washington and Philadelphia, and he will give major addresses to the United Nations in New York and a joint session of Congress in Washington. The media will give saturation coverage to the pope’s visit, which will have a huge impact on the trajectory of the presidential campaign.

In July 2015 the state of the campaign is that Sen. Bernie Sanders (I-Vt.) has surged to become the leader of the liberal wing of the Democratic Party, the clear leading challenger to Hillary Clinton, the leader in success in attracting small donations and a large grassroots organization mobilized through social media. Hillary Clinton remains the clear frontrunner for the Democratic nomination, the clear frontrunner against all Republican challengers for the general election based on all polling, and the clear favorite among Democratic insiders and throughout the Democratic establishment nationally and in major states.

The Sanders advantage is that he generates huge enthusiasm from supporters that could carry him to victory in the Iowa caucus and New Hampshire primary.

The Sanders advantage is that he generates huge enthusiasm from supporters that could carry him to victory in the Iowa caucus and New Hampshire primary, and the Clinton disadvantage is that she has high negative ratings for a frontrunner and less apparent enthusiasm from supporters, which has led to her falling behind Mr. Sanders in attracting small donors.

Regardless of whether one supports or opposes Donald Trump or believes that he has any chance of being nominated by Republicans, for our purpose today look at the media mania that surrounds Mr. Trump and his bump up in some GOP polling and consider the effect of the media mania that will saturate the news as the pope is greeted by huge crowds and widespread adulation as he visits New York, Washington and Philadelphia.

Today, based on polling from the Pew Research Center and other sources, Francis has a spectacular favorable rating of 90 percent from American Catholics and 70 percent or more from all Americans. Because he takes such a powerful populist position on issues involving financial fairness, the economy, helping the poor, combatting climate change and creating fair immigration policies—issues he will almost certainly dramatize throughout his visit to America— more than a week of saturation news coverage of Francis championing these views to large and admiring crowds will have a dramatic impact on the presidential debates.

It is no coincidence that Francis chose to announce his immensely important papal encyclical on climate change and then make powerful and forceful statements during his recently concluded visit to Latin America that unyieldingly supported economic fairness and efforts to combat poverty— and harshly attacked an economic system he teaches is warped by a cult of greed and dominated by a worship of money—shortly before his visit to America. It seems apparent that Francis viewed the timing of his encyclical and his trip to Latin America as part of a build-up to his visit to America,

and that he will dramatically reiterate these themes when he addresses the United Nations and Congress in September. This will galvanize the attention of American media and voters and force candidates in both parties to react to his calls for action.

What will Jeb Bush, Donald Trump, Chris Christie, Scott Walker, Ted Cruz, Marco Rubio and the other Republican candidates for president say when the media asks whether they agree or disagree with Francis? Their negative reaction to the pope’s views will not be favorably received by the 90 percent of American Catholics and 70 percent of American voters who deeply admire Francis.

The visit of such a popular pope will almost certainly give a lift in principle to Democrats and liberals who cheer Francis and rededicate themselves to the values and visions he stands for.

What will Bernie Sanders and Hillary Clinton say when they are asked by the media about their reactions to the views expressed by Francis. Here is where it gets interesting—and important.

Mr. Sanders will undoubtedly cheer and applaud the pope and forcefully and specifically list the issues, one after another, where he is fighting on behalf of the visions and values that Francis champions.

Hillary Clinton will almost certainly state that she, too, admires and applauds the pope and believes in the values he champions. The issue for Hillary is that so far in the campaign, she has made many generic statements of support on subjects such as income equality and financial fairness but compared to Bernie Sanders she has avoided offering hard and specific views about what policies she would implement as president.

Ms. Clinton promises the tougher stands will come as the campaign unfolds. Maybe they will, maybe they will not. My point today is that the visit of the pope to America will create immense pressure on her to offer dramatic proposals and will powerfully affect both the Democratic and Republican presidential debates, and the trajectory of the campaign going forward.

The visit of such a popular pope will almost certainly give a lift in principle to Democrats and liberals who cheer Francis and rededicate themselves to the values and visions he stands for, and create major problems for conservatives and Republicans who oppose those visions and values and tell the media how much they disagree with Francis and disapprove his vision of the world.

On the Democratic side one clear winner of the papal visit will be Bernie Sanders. If Hillary Clinton takes stronger positions in advance of the papal visit, or supports them during his visit, the result will be very positive for her. But if the pope calls for strong action that Mr. Sanders supports while Ms. Clinton offers generic words without clear and specific calls to action, the Sanders surge will continue and grow from summer to fall as the presidential campaign moves into high gear.

My point is that when we watch the media frenzy about Donald Trump today remember that the papal visit is coming soon, in September, and there will be a week or more of similar media frenzy about the words and deeds of the most popular and profound pope in generations that will have a powerful and lasting impact on the 2016 presidential campaign. 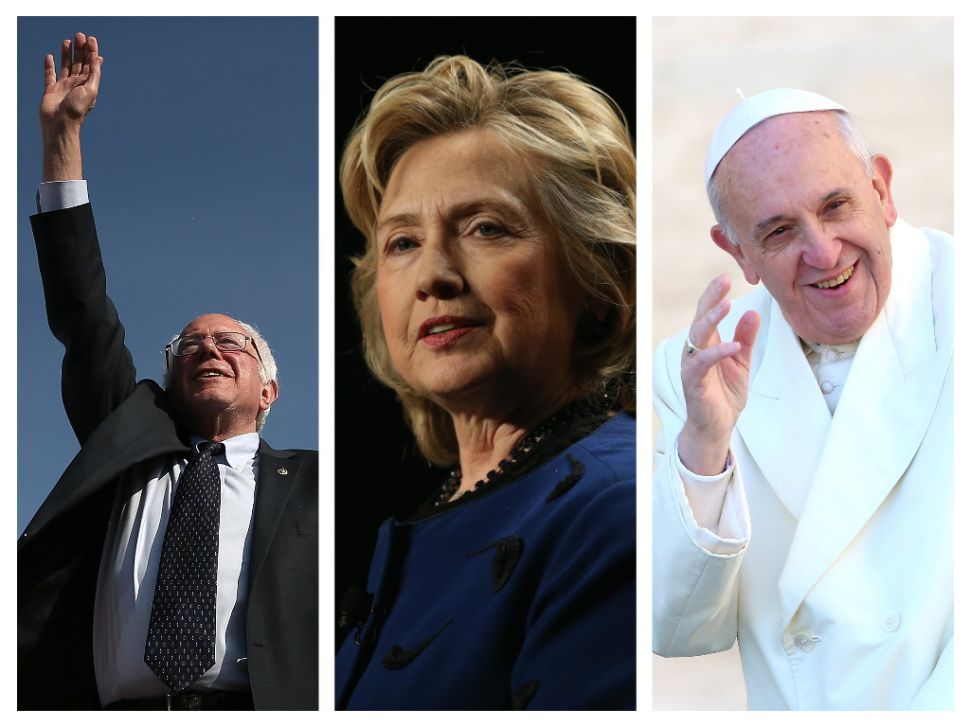