Despite a surge in cases and a couple of deaths, Mayor Bill de Blasio said this afternoon that New Yorkers have “no reason for alarm” over an outbreak of Legionnaires’ Disease in the South Bronx.

Mr. de Blasio insisted that most healthy people are not in danger of dying from the flu-like disease. Dr. Mary Bassett, the commissioner of the Department of Health, admitted the city has yet to determine the source of the outbreak.

“We know that anyone with the symptoms can get treated right away in the vast majority of cases and they’ll be fine,” the mayor said at a City Hall press conference. “Hundreds of cases are successfully treated each year in New York City.”

Since July 10, Dr. Bassett said the city has confirmed 46 cases of Legionnaires’ Disease in the South Bronx and two deaths. She said both individuals who died, a man and woman in their fifties, suffered from “multiple diseases,” including lung problems. Mr. de Blasio emphasized that older people with weaker immune systems, as well as cigarette-smokers, can be at risk.

He said symptoms include “weakness,” coughing and shortage of breath.

Legionnaires’ Disease is a respiratory bacterial infection usually spread through mist that comes from a source, such as cooling towers, air conditioning or showers. It is not transmitted person to person. Two sites in the city have tested positive so far, the mayor said: Lincoln Hospital in the South Bronx and a commercial complex.

Dr. Bassett said two to three “clusters” of Legionnaires’ Disease are found in the city each year and a handful of deaths do occur. So-called disease detectives are trying to determine the source of the outbreak, she said. The city also believes it has been spread through mist rather than drinking .

“The supply in South Bronx remains entirely safe,” she said. Most recently, she said there was an outbreak of Legionnaires’ in Flushing this past April.

This is the second time since Mr. de Blasio was elected mayor that he has had to manage the outbreak of a deadly disease. After Ebola killed thousands in Africa, a New York doctor contracted the disease last October. He was successfully treated, but not before Mr. de Blasio and Gov. Andrew Cuomo tussled over a quarantine policy for people returning from Africa. 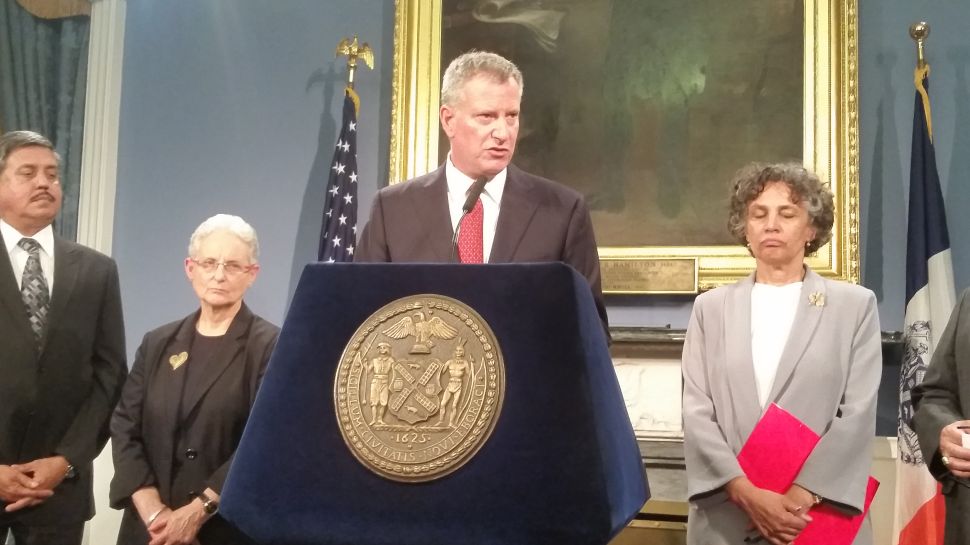