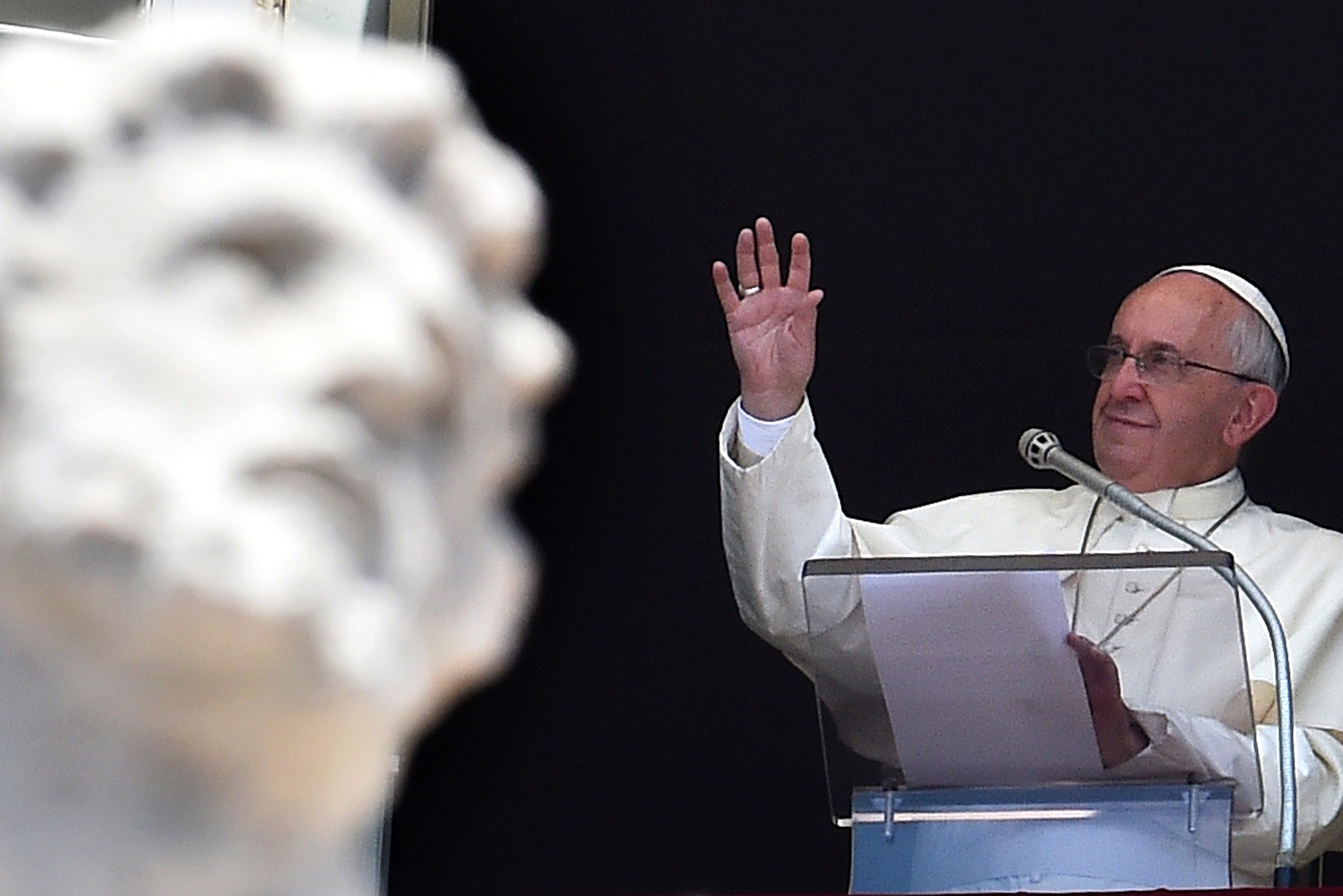 Pope Francis addresses the congregation from the window of the Apostolic Palace overlooking St. Peter’s square during his Sunday Angelus prayer at the Vatican on July 19, 2015 (GABRIEL BOUYS/AFP/Getty Images)

Mayor Bill de Blasio didn’t get a chance to chat with Pope Francis during his trip to the Vatican today, but gushed over the leader of the Roman Catholic church, who invited Mr. de Blasio and other mayors to the Holy See to discuss the global challenges of climate change and human trafficking.

“I had the honor of being in the room as he addressed all of us. It was fun even to be close to him,” Mr. de Blasio said, according to audio of a media availability provided by his office. “His voice is so inspirational, and I think for most of us around the world, we see him on television or we read his writings, that’s what inspires us.”

Francis—who has called for the church to focus on helping the poor, criticized capitalism and called the unfettered pursuit of money the “dung of the devil”—is set to visit the United States, with a stop in New York, in September. Mr. de Blasio, who does not regularly attend any church but has developed a close relationship with Cardinal Timothy Dolan, is hoping to finally get his audience with the pope during his visit to the city.

“It will be great honor, I hope, to spend some real time with him in New York in September,” Mr. de Blasio said.

But that wasn’t the mayor’s only hope for the papal visit to the United States, which will also include a trip to Washington, D.C., where Francis will address the U.S. Congress.

“I hope it will have a cleansing effect on the US Congress,” Mr. de Blasio said. “The pope’s message needs to be heard in Washington. It has been ignored—the very idea of addressing inequality and creating a more fair economic reality, obviously, so much of that has been ignored in the Congress. So much of the challenge of global warming hasn’t been addressed by the Congress. I think the timing couldn’t be better. I think he has the ability to cut through all of that.”

The pope’s visit comes as Republicans in the House—some of whom, including House Speaker John Boehner, are Catholic—are debating spending cuts that could lead to a government shutdown during the papal visit, the New York Times noted this week, though Senator Susan Collins told the paper she hoped the lawmakers would be “infused with the spirit of St. Francis” to work together and avoid an embarrassing situation. (Even if they do, there will no doubt be a bit of awkward tension given the pope’s call for more help to the poor, action on climate change as a man-made problem and his critiques of capitalism.)

Asked whether he thought Francis was anti-capitalist, Mr. de Blasio—who has made income inequality a signature issue—said he thought the pope was an equal-opportunity critic.

“I think he is calling out both the business world and the government world,” Mr. de Blasio said. “He’s certainly not afraid to talk about the problems of the capitalist system and I think that’s necessary.”

“Anywhere he goes, I think you’re going to see a great outpouring of support for him,” Mr. de Blasio said.

At the Vatican today, Mr. de Blasio announced a new goal for cutting New York City’s carbon emissions—reducing them by 40 percent by 2030. That represents a benchmark that will come ahead of his previous call for an 80 percent reduction by 2050 (known as the 80-by-50 plan).

Asked how it felt to be invited by Francis to share his city’s work on climate change at the Vatican, Mr. de Blasio said it was “extraordinary.”

“It’s one of the great moments, certainly in my professional life, in my life as a political actor, but humanly as well,” Mr. de Blasio said. 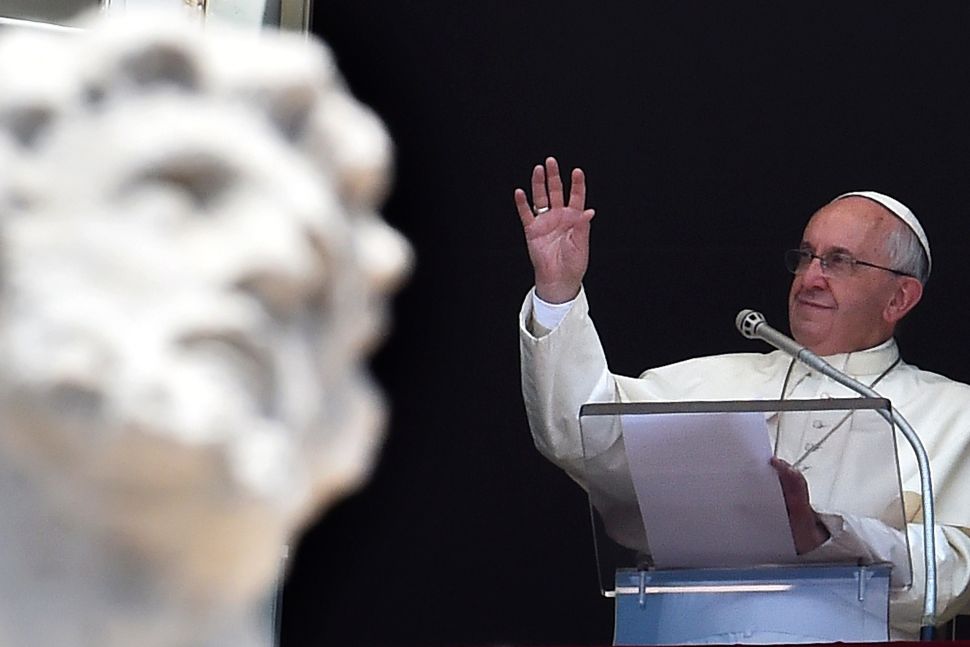