TRENTON – Senate Majority Leader Loretta Weinberg’s (D-37) bill (S-2949) proposing stricter oversight for disbursement of public funds for political campaign events has been released from committee and will go on to the legislature. In the short term, the bill would require that Governor Christie report out-of-state travel expenses during his presidential campaign to the State Ethics Commission.

The meeting of the Senate Wagering Committee sought to address whether the bill would apply only to Christie, only to the office of the governor, or to all elected officials with access to tax-payer funds who seek separate political office.

The bill follows a recent public records disclosure that Mr. Christie’s security detail during out-of-state trips and campaign stops has drawn nearly $1 million from state funds and cost the budget $60,000 a month in the first months of 2015. The available figures do not account for security staff’s overtime hours, the cost of security vehicles themselves, or for other accommodations.

Senator Steven Oroho (R-24), who didn’t attend the hearing but said he would have abstained from this morning’s vote, finds the bill unclear as-is and expressed confusion as to whether the law would “allow an elected official with in-state security to opt out of security if the travel was only related to out-of-state political activity,” and whether elected officials would be free to seek out an “alternative security detail.”

Senator Sam Thompson (R-12) argued that out-of-state travel often allows for the governor of New Jersey to “build rapport” with other governors for the public good, and that travel for the explicit duties of the office and travel for political fund-raising often overlap. Mr. Thompson acknowledged that “[there] is considerable expense involved here. The question is defining when trips are for a political purpose.”

Emphasizing that the bill would require the governor himself to file a report within 10 days of any out-of-state trip, he claimed that “[It’s] really placing the onus on the governor to make the determination whether this trip was or wasn’t political as opposed to the commission.”

Speaking in favor of Weinberg’s bill, Senator Shirley Turner (D-15) drew comparisons to the private sector in considering the proper role of taxpayer money in campaign trail spending. “If you are looking for another job, you don’t charge your employer for your job search,” said Turner.

“[This] could be very, very expensive. If you include all of the lodging, food, as well as security. As we know, he’s not staying at Motel 8.” 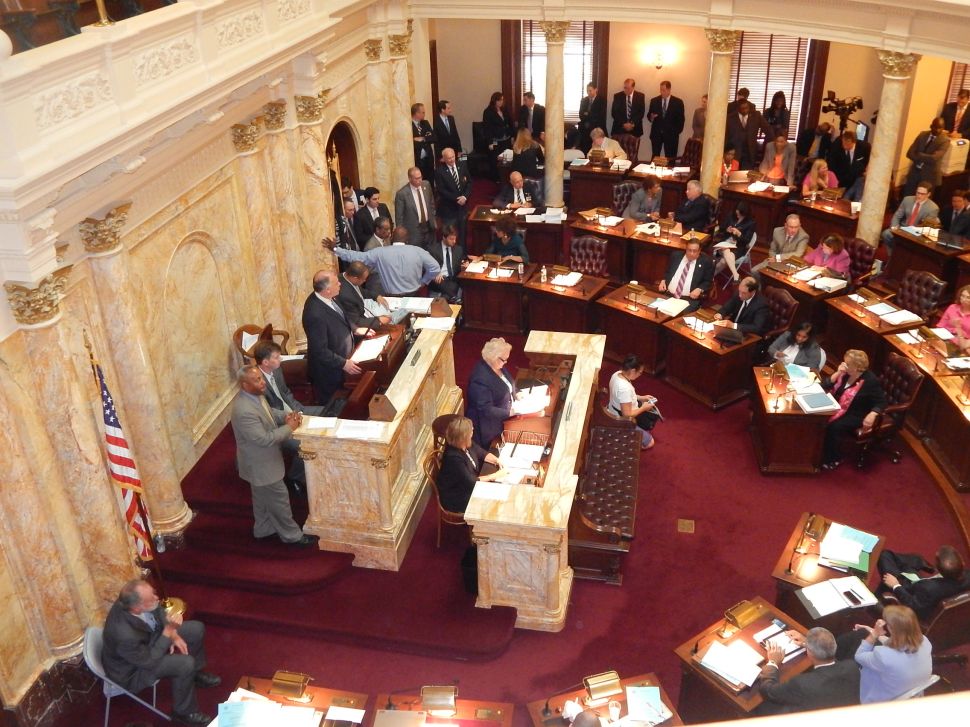