“Defend[ing] the indefensible in an indefensible manner,” “frivolous,” “bad faith,” “outrageous.” These are just a few of the choice words used by the United States Court of Appeals for the Fifth Circuit to describe abusive conduct by the Department of Labor [“DOL”] in flat-out frivolous civil prosecution by which it sought to destroy a small business known as Gate Guard Services—for nothing. In a remarkable opinion just released, the court slams the DOL and orders an award of significant monetary sanctions against the Department for its abject bad faith, harassment, frivolous, and abusive litigation.

The court pulled no punches in describing this appalling government misconduct which included deliberate destruction of evidence, “ambushing a low-level employee for an interview without counsel,” demanding a “grossly inflated penalty,” stonewalling, opposing routine motions unnecessarily, and withholding evidence.

As countless citizens and businesses across the country know, once one is in the government’s cross hairs, innocence doesn’t matter. Meanwhile, these tactics have become far too typical. This panel of Fifth Circuit judges has taken aim at the abuses.

The DOL began its “investigation” when investigator David Rapstine got a “tip” from his drinking buddy—a former (and apparently disgruntled) employee of Gate Guard, who claimed his wages had not been properly calculated.

Mr. Rapstine was a real gem. He had no training in contractor classification, conducted his own version of an investigation, broke protocol across the board, destroyed his notes by burning them in a barrel, ambushed selected employees without counsel, and tried to extort $6 million in back wages from the company—almost its entire net worth.

The court found that the DOL prosecutors simply piled on—compounding the abusive and perfunctory investigation by pursuing the prosecution of Gate Guard even though they knew Mr. Rapstine had violated internal policy, inflated the penalty demanded by at least $4 million, and failed to seek voluntary, prospective compliance instead of a penalty at all.

As if that were not enough, the government capitalized on its might a as the only litigant in the country with unlimited prosecution resources. It opposed even the most routine motions “on spurious grounds and filed specious motions of its own” –thereby running up defense costs and harassing Gate Guard to the maximum.

Compounding its “belligerent litigation tactics,” the government’s lead counsel, Colleen Nabham, totally disrupted the agent’s deposition, instructed him not to answer questions, and coached him to the point Gate Guard had to seek court supervision. The government obstructed the production of witness statements underlying the prosecution, “sent harassing and misleading letters” to potential witnesses, opposed protection of Gate Guard’s trade secrets, and generally cost Gate Guard almost $1 million in legal fees—again, for nothing but harassment.

The district court awarded Gate Guard over $565,000 in attorneys’ fees under a provision in the Equal Access to Justice Act that allowed Gate Guard to recover fees if the government’s position was not “substantially justified” (Title 28 U.S.C. 2412(d); the district judge refused to find bad faith and award more.)

Judge Jones and the panel have fixed that: “The government’s intransigence in spite of its legally deteriorating case, combined with extreme penalty demands and outrageous tactics, together support a bad faith finding.” The government’s case lost any validity as it proceeded at the same time the government escalated its own litigation abuses. It deliberately concealed evidence, engaged in “dilatory tactics, was uncooperative during depositions, and misused claims of privilege. When Mr. Rapstine burned his notes, he “imped[ed] Gate Guard’s ability to defend itself.” In sum, Judge Jones wrote, “This case is rife with the type of misconduct justifying an award of attorneys’ fees under the bad faith provision.” Further, the “government’s extraordinarily uncivil and costly litigation tactics strongly suggest that it hoped to prevail by oppressively pursuing a very weak case.” The court noted that “all of this left Gate Guard at a tremendous and unfair disadvantage.”

The panel found the government’s position “frivolous.” Most importantly, it recognized that “the government’s duty, as a prosecutor,” is “to pursue only meritorious enforcement actions.” The government, at worst, should have abandoned the case as it unraveled—instead of ratcheting up its outrageous, abusive assault on Gate Guard. Finding the government’s case frivolous and its litigation tactics in bad faith, the Fifth Circuit has remanded the case to the district court to determine the amount of attorneys’ fees to be awarded Gate Guard for the government’s bad faith.

It should not take the district court long to award Gate Guard every penny it was forced to expend from the first day it began dealing with this egregious injustice. That won’t account for all the hours, stress, and anxiety the government’s abuses inflicted on countless employees and owners of this company, but the court’s opinion should cause the government to think again. Perhaps even more can be awarded based on the supervisory power of the court to deter future government misconduct.

This decision and the judges who made it should be applauded by unjustly prosecuted individuals and businesses across the country. This is an important step toward curtailing what has become rampant prosecutorial abuse and the unfettered power of the government to prosecute and thereby destroy the innocent—by the high costs of litigation even if it doesn’t prevail.

As Judge Kozinski has written, “Judges can put a stop to it.” This panel is doing just that. This opinion is excellent precedent, and it will make a difference as more and more Article III judges step in to be the check and balance on the Article I Executive Branch that our Founding Fathers intended them to be. This is an especially appropriate decision for Independence Day. 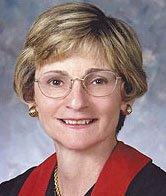