The SETI Institute and NASA have confirmed the discovery of Kepler 452b, the most Earth-like planet ever encountered. Located in the Goldilocks zone of its host star, this planet would have “just the right” conditions to support liquid and possibly even life. This extraordinary world was spotted by the Kepler Space Telescope and is the first confirmed planet among over 500 potential candidates being added to the mission’s catalogue.

“Kepler 452b takes us one step closer to understanding how many habitable planets are out there,” said Joseph Twicken, SETI’s lead scientific programmer for the Kepler mission.

The planet is 1,400 light-years away from our Solar System and orbits a star astronomers call our Sun’s cousin. While this star is four percent more massive and ten percent brighter, the distance between it and Kepler 452b is approximately the same as Earth’s distance from the Sun. The planet itself has a radius 60 percent larger than Earth and is suspected to be rocky, with a thick atmosphere and a significant amount of .

Kepler 452b’s host star is 1.5 billion years older than ours, and will give scientists a glimpse into how the Sun’s age will eventually affect Earth. “The increasing energy from its aging sun might be heating the surface and evaporating any oceans. The vapor would be lost from the planet forever,” said Doug Caldwell, a SETI scientist assigned to the Kepler mission. “Kepler 452b could be experiencing now what the Earth will undergo more than a billion years from now, as the Sun ages and grows brighter.”

Launched nine years ago, The Kepler Space Telescope identifies possible planets by using the ‘transit method’ of observing the periodically dimming light of the stars in its trajectory. We know definitively that there are three types of exoplanets littering the galaxy: ice giants, gas giants and hot super-Earths. The Kepler mission’s challenge is to find terrestrial planets that are one half to two times the size of Earth. The ultimate goal is to determine the percentage of the hundreds of billions of stars that might be home to such a world.

Kepler has already identified more than 1,000 exoplanets since the beginning of its journey, by measuring the depth of the ‘transit’ and the size of their stars. A planet’s average temperature can be calculated using the distance of the orbit and the temperature of the star. This is the determining measurement when classifying an exoplanet as habitable. Before today’s announcement, the two most Earth-like planets discovered were Kepler 438b and Kepler 442b, which are larger than Earth and orbit red dwarfs—stars that are significantly cooler than the Sun.

“Exoplanets, especially small Earth-size worlds, belonged within the realm of science fiction just 21 years ago. Today, and thousands of discoveries later, astronomers are on the cusp of finding something people have dreamed about for thousands of years — another Earth,” teased NASA prior to today’s press conference. 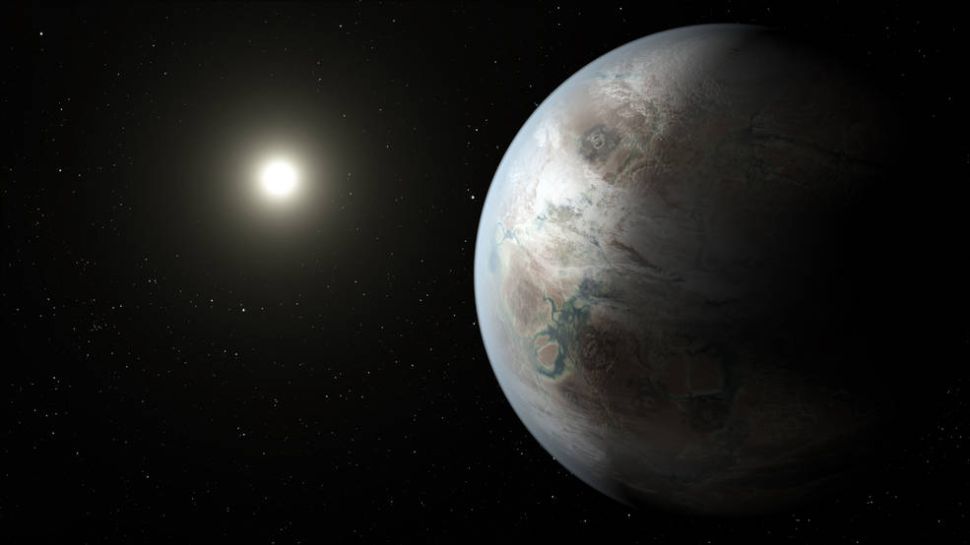