Stealth Communications will bring fiber optics to southwest Brooklyn, as will as building an outdoor wireless network in a yet-to-be- determined location, according to the release. Stealth is the same company that brought fiber to The Bowery.

Xchange Telecom will build in Long Island City, North Brooklyn and Greenpoint-Williamsburg zones, providing service from 10 megabits per second to one gigabit, via rooftop-mounted equipment.

Here’s the funding breakdown, from the release:

Funding will cover the network as well as the cost of buildouts to 500 commercial buildings. Businesses in the areas interested in better access can apply here.

“We are honored to receive support from the City and State — the grant speeds our expansion into Brooklyn and brings down broadband costs for businesses throughout the IBZ,” Shrihari Pandit, Managing Member of Stealth Communications, said in the press release.

“We consistently hear from our businesses in the IBZs, particularly those in smaller, older buildings, that access to high speed, reliable, affordable broadband is essential to their future success,” Elizabeth Lusskin, President of the Long Island City Partnership, said in the press release.

Check out the speed in your area with the NYC Broadband Map. 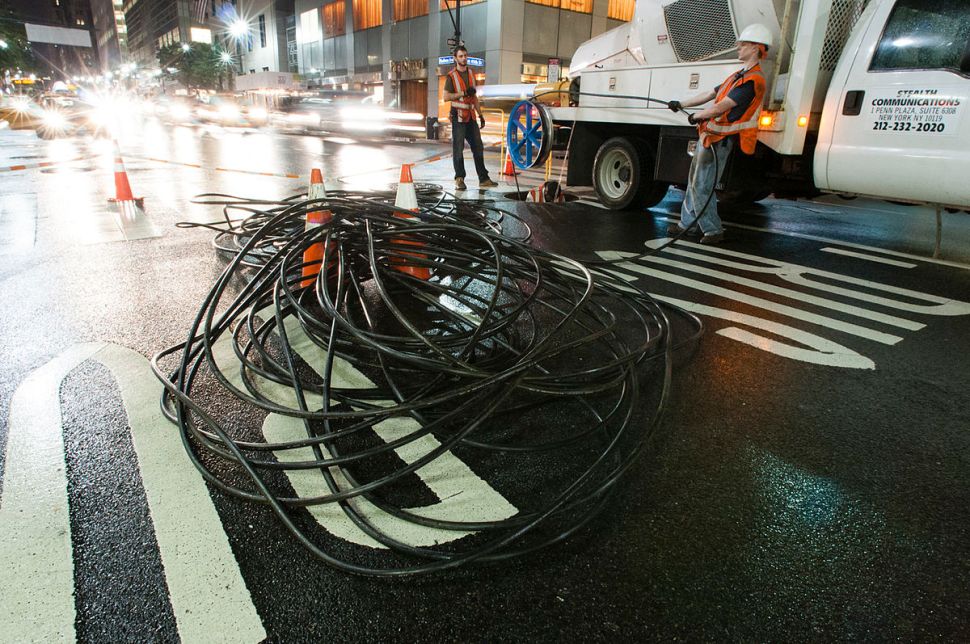