Last night I created an OkCupid account for a fictional straight woman. The goal was to do research on heterosexual male dating profiles, which I don’t know much about, as I am a heterosexual male and only have experience looking at female profiles. In order to make the whole process more enlivening, I decided, at the last minute, to use a photo of Brigitte Bardot. (I hope you don’t mind, Brigitte.)

I was curious if it would fool anyone, so I searched through Google Images for the most unassuming shot of the French actress I could find. In actuality, there are no unassuming shots of Brigitte Bardot, but I came across one that made her seem, to my eyes, mildly un-pulchritudinous. (You can look at it here.) She’s young and wearing a red sweater, and she has pigtails, and the textural quality of the photo is such that it looks like she might not have emerged from the 1960s as a sexpot actress whose face seems to adorn the Pinterest board of every teenage girl aspiring to achieve the perfect Bardot bump. (The photo was also in color, which helped.)

I uploaded her face to OkCupid (sorry to subject you to this, Brigitte) and took a step back to examine my creation, which I’d named “pam_brooklyn.” Then I added some more personal details to lend the profile some verisimilitude. Pam is 26, single, interested in men aged 20 to 38 and looking for “new friends, short-term dating, casual sex.” Pam lives in Brooklyn, obviously, and likes pilsners (“only during the summer!”). She works as an associate editor at “a magazine,” and she spends a lot of time thinking about “myself.”

“I like to think I’m good at writing and helping other people be good at writing, since it’s my job,” Pam, who “never” does drugs, writes. She loves sushi, jazz, funk, “anything with a groove.” Her favorite movies are, perhaps predictably, The Godfather and Goodfellas. Her favorite book is Johnny Got His Gun, by Dalton Trumbo, because “it’s one of the great anti-war novels.” Message Pam if “you want to meet up,” the profile reads. I thought these fake interests would appeal to men more than Brigitte Bardot’s real passions, like France’s racist political party the National Front, and animal rights activism. But you never know; OkCupid is full of nuts.

Within minutes of adding her photo, weird, shirtless men began peering at my profile. I knew this because OkCupid has a feature that tells you when someone is checking you out. It was an odd thing. I’m a dude, and on these dating sites, in my experience, the dudes are the ones who act first. This felt too easy, and a bit overwhelming. Then the messages started coming in, a veritable fusillade. There are almost 30, as of this writing, which might not seem like that many to the uninitiated, but Pam hasn’t been online for more than 24 hours, so cut her some slack!

The messages seemed desperate. And while one could argue that the whole online dating enterprise is an act of desperation, these messages were different. I guess it speaks to the timeless appeal of Brigitte Bardot, but it was as though all of these shirtless men were swooping in to claim her, like they had “discovered” her or something and needed to make sure that she wouldn’t escape their sight.

“you look unreal…” the first man who messaged Pam wrote. I couldn’t tell if he was calling me out or if he meant I—ahem, Pam—looked really good. I was considering writing back to ask him about this until I looked at his profile, on which he had described himself as “multi-orgasmic which means I can orgasm without ejaculating.” I wasn’t sure what that meant and didn’t want to find out more. (I ended up not responding to any messages.)

Another message came in shortly after, and then another, and then another. “i wanna meet up! im in town all summer, any interest meeting up with identical twins?” one man wrote. “what’s shakin miss pam? I need to check out ‘johnny got his gun’. I guess my favorite anti-war novel would be Slaughterhouse 5,” said another. “Hey you I hope you won’t mind me saying but oh my…you’re a beautiful lady :),” one more man declared. “what’s your favorite sushi around these parts?” asked another. “Pilsners are the best! Like Lager, but for people who love beer,” a beer enthusiast wrote in. “I like your face,” said one more.

The weirdest message came from a man who seemed to have caught me red-handed but was actually, I think, just out of his mind. “I deeply regret that it is my unfortunate duty to bring it to your attention that you are above and beyond our maximum standards for looks,” this man told Pam. “You’re clearly a 8/10 and here we only allow 7/10 maximum. Your account will be CLOSED unless you reply to this message with your name, your favorite flower, how many Cheetos you can fit in your mouth at once (just curious) and if you prefer Chinese or Italian cuisine. This is very serious business and I would advise you not to take my message lightly or you might anger my boss Poseidon, the lord of the seas.”

Whoa! How could these OkCupid men not have realized that Pam was posing as Brigitte Bardot? Are they that unfamiliar with pop culture? I guess I shouldn’t be surprised, though. Men are not very smart when it comes to attracting—and being attracted to—women. (To their credit, two men saw through my chicanery. “you’re BB from the 60s?!” one wrote in seemingly good nature, while another said, “oh , brigitte bardot, you are so beautiful..”) It mortifies me to think that I might have been fooled by such a profile in my time on the dating site.

I realize that there are different classifications of men on OkCupid. Some, I’ve learned, enjoy taking mirror selfies and sending out an endless series of unpunctuated demands along the lines of “lets meet up.” Others like to self-consciously allude to the fact that they are writing an online dating profile in their online dating profile in an attempt to seem with it and cool and perhaps above it all, but it just makes them seem like they’re trying too hard, in my opinion. Others are “new to New York,” which no one should ever admit. Still others are seemingly sensitive and caring and “looking for something meaningful,” which makes them seem wispy and disingenuous. There are also decent people.

I’m pretty sure the men who messaged Pam mostly came from the first classification of OkCupid users I’ve described, which is too bad for Pam, because she deserves better, or at least she would if she were real. (She has such great taste!)

This morning I got a message from OkCupid’s administrative arm, which had found me out. “One of your photos was flagged by OkCupid users for being inappropriate,” the note said. “After being reviewed and voted on by our moderators the consensus was to remove the photo.”

Well, it was disturbing while it lasted. 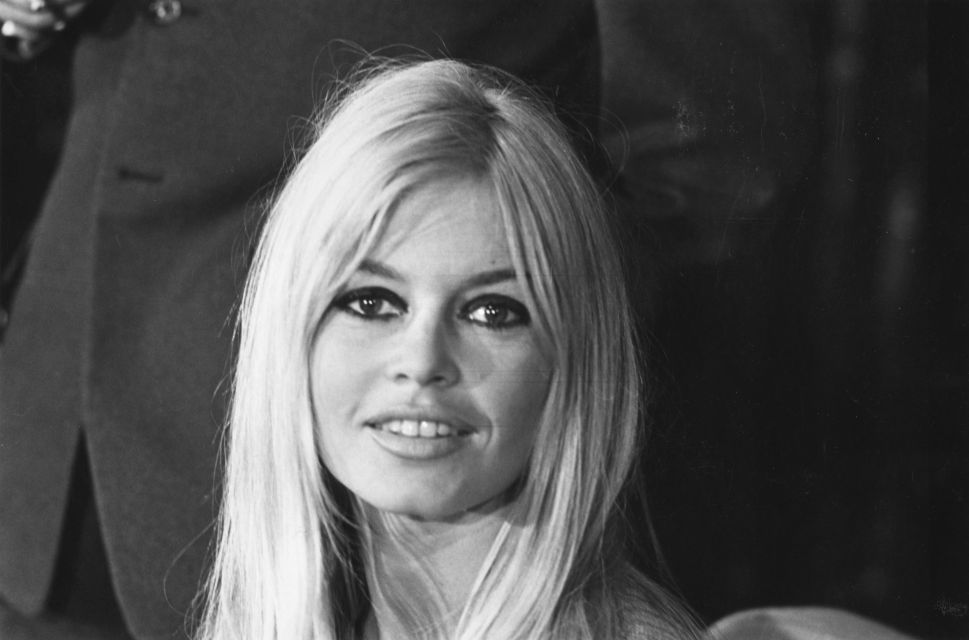