Do you have those little tiny headphones that came with your phone that are always getting tangled? Me too! But maybe not for long. PRYMA luxury headphones is hosting a “private sensory dinner experience” with special curation by DJ Chelsea Leyland. (Whether she’ll be curating the food or the music remains unclear. Maybe both! I’d be cool with both.) You’re going to come out of it cursing your dinky little headphones, cursing them forever. 58 Gansevoort, 7 p.m., invitation only

David and Mike Appel are hosting a summer celebration for their line Related Garments, which operates under the assumption that fashion pieces should relate to each other. For instance, they package briefs to match dress socks. Doubtless, you’ll find it very easy to relate to some of the sharp dressed men at this party. NO. 8, 357 West 16th Street, 8:30-10:30 p.m., invite only

I once met Chuck Close at a party when I was younger, and he was in a wheelchair (unsurprisingly, as he had a spinal artery collapse in 1988 and has been paralyzed since) and I asked him if he’d recently been in an accident. I thought maybe he’d just broken his leg playing soccer or something. He was very, very polite about it! What a nice man. The only thing he’s better at than being nice is making good art. His photos are going to be on display at the Parrish Art Museum’s annual Midsummer Party, which is a good enough reason to go. The elegant soirée will also feature some new sculptures by Tara Donovan, as well as selected works from their permanent collection. Parrish Art Museum, 279 Montauk Highway, 6:30 p.m.-1 a.m., $1,500 for dinner, $200 for after 10 party

Can’t make it to Paris for Bastille Day? Neither can we. Everyone used up all their vacation time over the July 4 weekend, like patriots. Now you’ve got only a peeling sunburn and a T-shirt with a whimsical saying to show for it. But if you’re looking for a taste of France closer to home, you can get down to Brookfield Place, where they’ve got a bunch of activities planned to celebrate Bastille Day. Hudson Eats will be playing a variety of French films throughout the day, and you can grab a picnic basket filled with French favorites from Le District. There will also be a “roving ice cream cart” where you can grab a crème glacée. If you feel an immediate—and very un-French—need to work off all those calories, you might want to participate in the Tour De France stationary bicycling marathon at Brookfield’s Equinox. Or you could just kick back and enjoy the performance of Sleeping Beauty by the New York Theater Ballet, and maybe pick up some French phrases from the Bilingual Birdies. Brookfield Place New York, 230 Vesey Street, 11 a.m.-6 p.m., free

Martinis and New York go together like youth and questionable decisions. Celebrate all of those at NYC Cocktail Week, which kicks off today. Bars throughout New York will be offering $4 specials to anyone sporting a #NYCCW15 wristband until July 17. Just be sure to take a cab home. We know you weren’t going to drive, but people drunkenly singing on the subway are the worst. Various locations, all day, $30

Winter isn’t the only time to eat, drink and be merry. Celebrate 11 years of Flatiron chefs at Madison Square Park. Chefs from the 30 restaurants participating in the food festival include Ian Coogan from ABC Cocina, Jean-Paul Bourgeois from Blue Smoke and Tom Colicchio and Luke Wallace from Craftbar. You can wash your delicious food samples down with drinks from their “liquor row.” Madison Square Park, 24th Street and Madison Avenue, 5:30-8:30 p.m., $350

If the treats from the Madison Square Park 11th anniversary of Flatiron chefs gathering just made you say, “I wish all of these were from Craft” … well, good news: Craft is hosting its second sous chef supper tonight. The theme is surf and turf. Menu items from the four-course meal include kombu and rabbit, veal and tuna, and octopus and pork trotter terrine. Craft, 43 East 19th Street, 7 p.m., $95 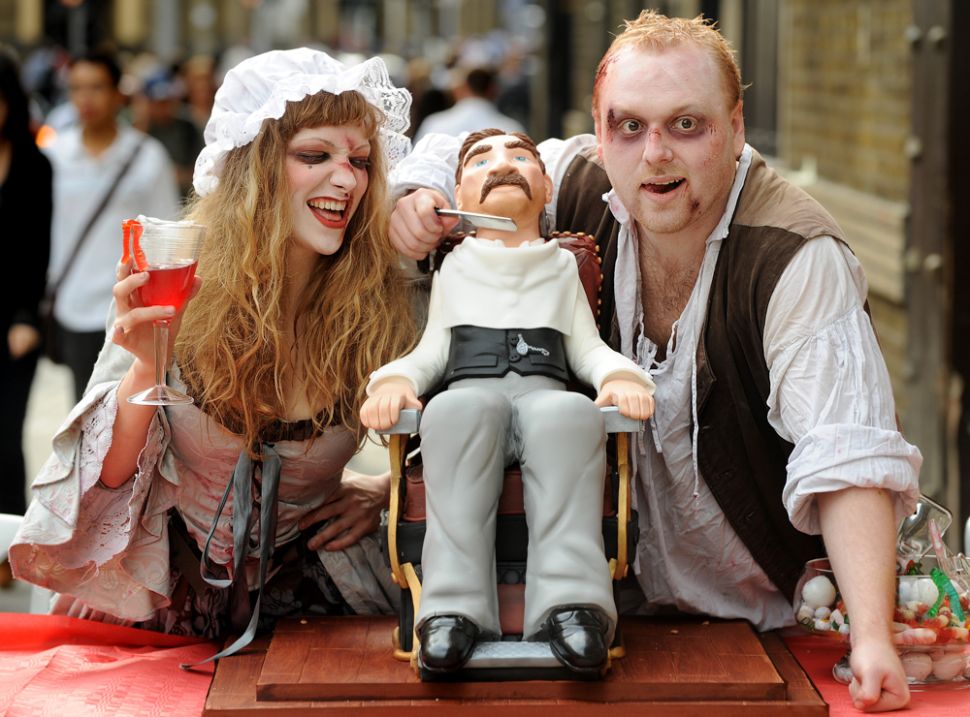