Barclay to run for the Assembly in LD5.

Jones and Barclay are running as the replacements for retiring Assemblymen Angel Fuentes and Whip Wilson.

Jones will replace Fuentes, who resigned from his seat effective July 1, both in office and on the ballot this November. Barclay will replace Holly Cass, the winner of the Democratic primary, for the second Assembly slot on the ticket. Members of the Camden and Gloucester County Democratic Committees in the 5th District made the nominations Wednesday evening at the Bellmawr Park Fire Hall.

“We are very happy that Pat and Art will serve as part of this year’s team for the Legislature,” said State Senator Fred Madden (D-4), Chairman of the Gloucester County Democratic Committee. “A ticket led by Senator Cruz-Perez and including strong leaders like Art and Pat allows for a continuation of the excellent service Democrats have provided the people of South Jersey,” continued Madden.

County Surrogate Jones has been active in the community for more than thirty years in government and at a host of nonprofit and service organizations. She was the long-time chief of staff for the late Senator Walter Rand, who represented the District for two decades, and to former State Assembly Speaker Joseph J. Roberts, Jr., who also represented the 5th District. Surrogate Jones also played a critical role in bringing the U.S.S. New Jersey to the Camden waterfront. For her dedication and achievements, Jones was honored as one of Rutgers’ “fifty finest” graduates during their 50th Anniversary celebration held in 2000.

“In the Assembly, I will work with my colleagues to make sure that South Jersey continues to get its fair share from Trenton, especially needed funding for our schools and world-class higher education institutions,” Mrs. Jones, a longtime resident of Barrington, who also lived in Gloucester County.  “I’m excited about the opportunity to serve in Trenton and represent the interests of every community in the 5th Legislative District.”

Barclay was born and raised in the City of Camden, educated in Camden City public schools and starred on the Camden High School basketball team, where he led the team to State Championship and Tournament of Champions titles and served as Captain during his Junior and Senior years. A graduate of the University of Memphis, where he received his B.A. degree in Sociology, Councilman Barclay was elected to his first term as a Councilman-At-Large in 2014 — the highest vote-getter in the City Council election.  Barclay is focused on youth outreach and volunteers with several organizations that encourage youth involvement and leadership, including Camden High Men’s Basketball Team, Below the Rim Basketball Program and South Jersey Rising Stars.

“In the Legislature, I will do what I’ve done throughout my career: focus on helping working families build better lives for themselves and their children,” said Mr. Barclay.  “We need to keep South Jersey affordable for middle class families in every community – whether the City of Camden or suburban communities like Woodbury, Deptford and the many other towns that make up the 5th Legislative District.”

“We thank Assemblyman Fuentes for his service and Ms. Cass for her willingness to step aside for Art Barclay.  We owe each a debt of gratitude,” said State Senator Jim Beach, Chairman of the Camden County Democratic Committee.  “We believe the Democratic ticket brings experience, fresh energy and broad perspective to our ticket and in their service to our community.  It’s an excellent team across the board and we are very excited about this fall’s elections.”

The Camden County Democratic Committee tonight also selected Freeholder Michelle Gentek-Mayer to replace on the fall ballot out-going County Surrogate Egan-Jones, who was nominated for a seat in the New Jersey General Assembly in the 5th District. The County Surrogate Judge is a state-mandated constitutional row office that administers wills, estates, trusts, and adoptions.

First elected a Freeholder in 2012, Mrs. Gentek-Mayer made a mark quickly in her first term, focusing on economic development and sustainability.  Prior to winning public office, she was a long-time community leader, including serving as Chairwoman of her Neighborhood Watch for over 12 years, and as a member of the Gloucester Township Council.  The Camden County Democratic Committee will meet soon to replace Gentek-Mayer on the fall ballot.

“I am excited about the opportunity to continue my service to Camden County as the next Surrogate,” said Mrs. Gentek-Mayer today. “Working with senior citizens has always been a passion of mine, but this office will allow me the unique opportunity to interact with both grieving families and, on a happier note, families expanding through adoption.”

“I want to thank Surrogate Pat Jones for her long exemplary service to the people of Camden County. She has always been a role model for women interested in public life, myself included, and a fierce advocate for South Jersey, ” said Gentek-Mayer.

“As the Senator representing Gloucester Township, I have observed the leadership and commitment of Michelle as an advocate, a local official, and as freeholder, and I couldn’t think of a better nominee for this seat.” said Fourth District Senator Fred Madden


State Senator Jim Beach, Chairman of the Camden County Democratic Committee added: “Michelle Gentek-Mayer will make an outstanding Surrogate because of her infectious enthusiasm and ability to relate to people. It’s hard not to like Michelle. This is a position that requires a good ear and a solid shoulder for the many constituents dealing with difficult life decisions. There is no doubt in my mind that our Party selected the right candidate for this job.”

For the background on the story see here. 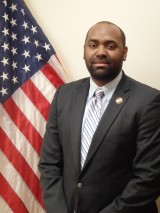