Are U.S. museums doing enough to resolve Nazi-looted art cases? They might not be, according to a report by World Jewish Restitution Organization, a non-profit that represents claims for the recovery of stolen Jewish property. The document, published last week and co-authored by American law firm Dickstein Shapiro LLP, claims that American museums have been leaning on the legal system to have restitution cases dismissed rather than resolved. Among the institutions taking heat are the Toledo Museum of Art, Detroit Institute of Arts, Museum of Modern Art, Museum of Fine Arts, Boston, and the Fred Jones Jr. Museum of Art at the University of Oklahoma, as well as the American Alliance of Museums for not enforcing its own standards for restitution cases.

The WJRO’s report details a slew of recent cases, including the Toledo Museum of Art’s ownership of Paul Gaugin’s Street Scene in Tahiti, purchased by the institution in 1939. Heirs claimed the painting was sold under pressure from the Nazi’s in 1938, but the museum pushed back against their restitution claims with a statute of limitations defense. The same heirs also made claims to Vincent Van Gogh’s Les Becheurs (The Diggers), a painting sold by the same dealers as the Gaugin, and acquired by the Detroit Institute of Arts.

The report details that in both instances, the statute of limitations defense was raised even though the institutions had adopted the American Museum Guidelines, set by the AAM, which call for restitution claims to be decided on “merits.” That term is used in the Terezin Declaration, a statement approved by 46 states at the 2009 Holocaust Era Assets Conference in Prague, and again in the Washington Conference Principles, a list of best practices supported by 44 countries and established in 1998.

While the WJRO’s report cites multiple cases of legal defenses that prevented the full resolution of Nazi-looted art claims between museums and heirs, it also makes three recommendations for future claims. A statement from the organization on June 25 reads:

These recommendations include encouraging U.S. museums to live up to the spirit of the Washington Conference Principles, Terezin Declaration and the Guidelines of the American Alliance of Museums (AAM); having the AAM ensure compliance of its member museums by withholding accreditation; and enacting legislation to extend statutes of limitations for Holocaust-era restitution claims.

An article on the blog Hyperallergic notes that the report’s authors also highlight the differences between US and European museums in resolving cases. The WJRO praises the US for leading the way in establishing guidelines, but calls out the museum community for not putting in place alternative, neutral parties to oversee claims. The reports states:

The differing structures of museum ownership in the United States compared to European countries may explain the different historical approaches to this issue – it certainly does not justify the failure of the AAM and the American museum community to establish a system that enables claims to be resolved fairly based on the merits of each case rather than being determined by the procedural legal obstacles that museums are now starting to place in the way of claimants. 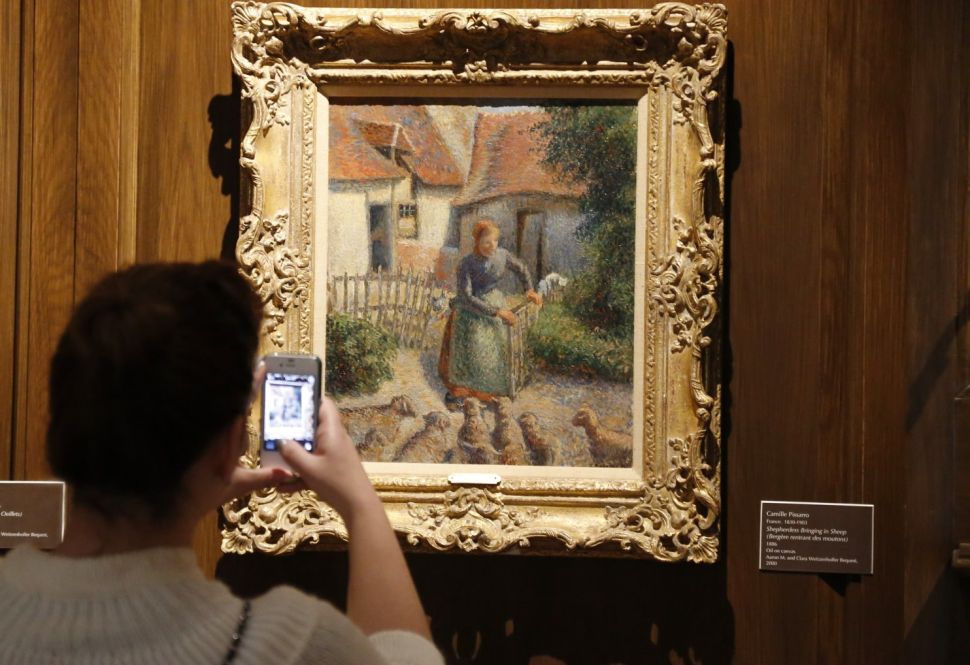