Showtime’s marquee drama just released a new promotional poster to go along with its recently released teaser trailer, as well as a season five premiere date of October 4. And if there’s one thing we can discern from the new poster, it’s that Claire Danes’ Carrie Mathison is all like “whaaaaaaaat?”

Okay, here’s a much better synopsis of the fifth season, via EW:

Season 5 picks up two years after the events last season with Carrie Mathison (Claire Danes) struggling to reconcile her guilt and disillusionment with years of working on the front lines in the war on terror. Carrie finds herself in a self-imposed exile in Berlin, estranged from the CIA and working as the head of security for a German philanthropist.

“The only way out is back in” is the show’s newest tagline, which could just as well be the tagline for Showtime’s The Affair, also returning October 4th, but it would mean something very, very different. 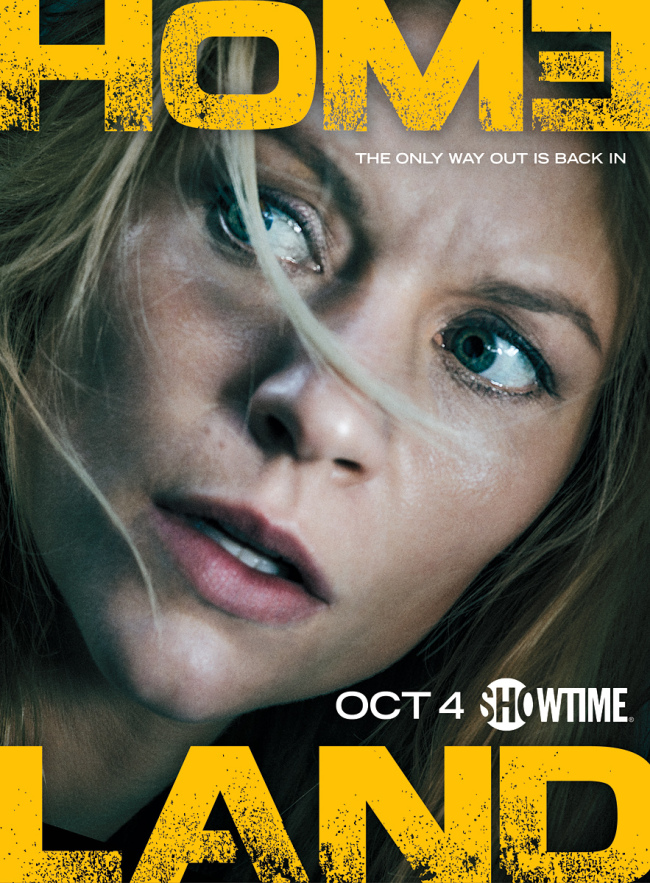