Brooklyn Borough President Eric Adams today had the banner of communist Cuba hoisted above the New York State flag on a pole atop Brooklyn Borough Hall—celebrating both his second annual International Day of Friendship, scheduled for Sunday, and the renewal of diplomatic relations with the Caribbean nation.

Speaking in front of an array of foreign pennants outside the building before the raising of the island country’s colors, Mr. Adams saluted the agreement U.S. President Barack Obama and Cuban President Raul Castro made last year to allow trade between the two countries and re-open their respective embassies. The United States imposed an embargo on Cuba in 1959 after Mr. Castro’s brother, Fidel Castro, overthrew American-friendly President Fulgencio Batista in a communist coup.

“We are gravitating toward change,” Mr. Adams, a Democrat, said. “After decades of being separate, we are now coming together.”

The borough president, recalling his visit to Havana a few months ago, hailed the possibility of both economic and political engagement with the Cuban government.

“Today, as we gather together at the steps of Brooklyn Hall, and watch the raising of the Cuban flag, not only do we celebrate the restored diplomatic ties between the U.S. and Cuba, but we also celebrate the changes that brings to the Cuban people, and how we hope to assist them as they move forward as a country,” he continued.

The borough president said he had no issue flying the colors of a nation where freedom of press and assembly are curtailed, political dissidents are arbitrarily arrested and do not enjoy due process rights, rival political parties are forbidden from campaigning, gay marriage is illegal and where LGBT persons were until relatively recently deported or placed in labor camps. Mr. Adams instead highlighted the indignities and abuses many Americans suffer, seeming to suggest an equivalency.

Mr. Adams also suggested that relations with Cuba would likely result in the liberalization and relaxation of restrictions on expression.

“What we learn in America, the best way to address any concerns of human rights issues is by having transparency and have America play a role in using our government to show how we do it here at home, we are going to do it there in Cuba,” he said, adding that he believed the nation had made progress in recent years. “Cuba is on the pathway of addressing many of those issues.” 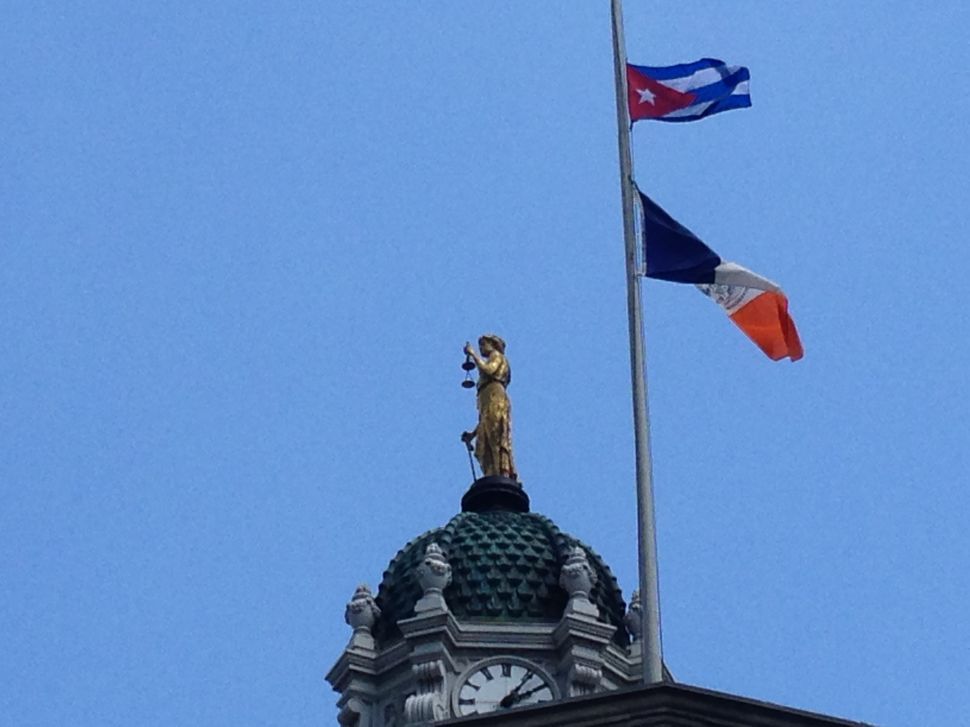