The classic French label Chloé is focusing on BFFs for its Fall/Winter ad images, but these are much more than just pretty pictures. They feature a touch of history as well. The dynamic duo here are meant to symbolize founder Gaby Aghion and her close friend Chloé Huymans, for whom the brand was named. Anja Rubik and Julia Stegner were chosen to embody these pair, and they are captured taking a stroll through Paris’ Luxembourg gardens in flowing gowns, oversized sunglasses and swirling patterns. Another esteemed pair, Inez Van Lamsweerde and Vinoodh Matadin, were involved as well, but they just shot the photos. This is a reunion of sorts of Ms. Rubik, Ms. Stegner, Ms. Lamsweerde and Mr. Matadin, as all four were involved with a Chloé campaign back in 2005.

A press release that accompanied these photos noted: “Echoing the artistic and intellectual spirit of the Bloomsbury group, the pair share stories as they walk arm in arm, together close friends but with an independent attitude.” This campaign is timed wisely, especially with this influence, as it’s the centenary of Virginia Woolf’s first book, The Voyage Out. And, as many have noticed, there’s been a particular uptick in interest in the philosophical group. So far this year has seen a ballet, a television drama, an exhibition and many more studies inspired by the illustrious English band of writers and thinkers. Now, fashion has taken note.

Creative director, Clare Waight Keller explained the shoot in her own words: “This season I wanted the Chloé girl to play between a bolder, boyish sensuality and the sweet, femininity that defined the eclectic sisterhood of the Bloomsbury girls. For me, Anja and Julia define the modern spirit of Chloé girls who even 10 years on are as stunningly fresh and youthful as their first campaign together.” 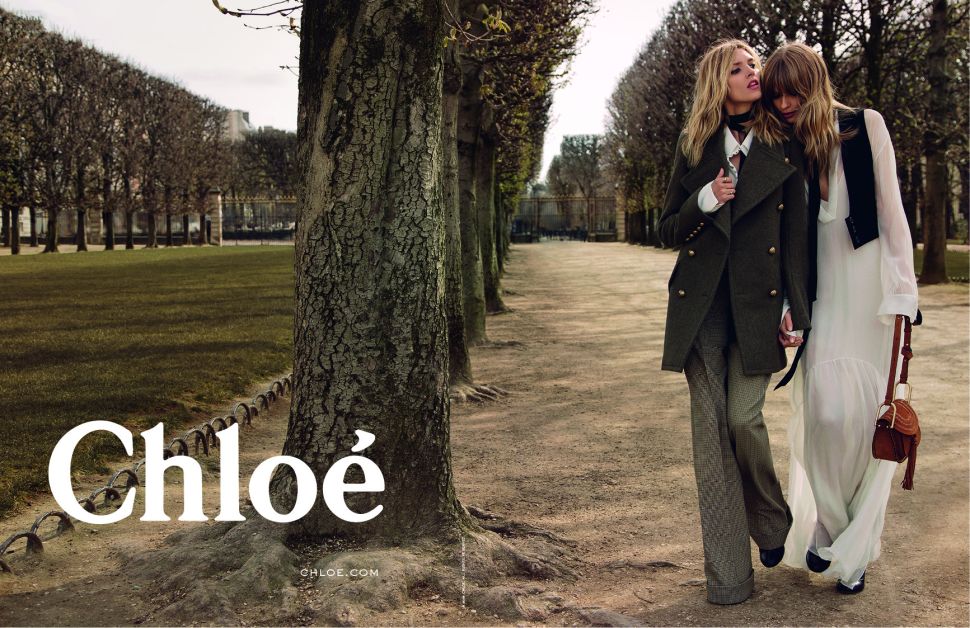