Set aside, for now, how the deal with Iran impacts Israel and our presumptive allies in the Middle East, and instead consider how the agreement transforms America and Iran’s role in that transformation.

Nation states do not have friends. They have interests. Sometimes those interests coincide with those of other nation states, and we can talk about being friends, having shared values and wanting to make the world a better place.

The historical reality is that nation states are generally motivated less by the desire to make the world a better place and more by self-interest.

So, let’s strip the Iran agreement of mellifluous, meaningless rhetoric.

Politics, said Harold Lasswell, the eminent political scientist, is the study of who gets what, when and how. So what did the Iranians get?

The Iran agreement is about changing the Middle East balance of power and setting an epic precedent for changing America’s role in the world.

The Iranians got to keep their nuclear program, their high-speed centrifuges, their enriched uranium, their cloaked, off-the-table military installations, and oxymoronic agreed-to inspections requiring advance notice. There is no dismantling of Iran’s nuclear infrastructure or “anytime, anywhere” inspections that the administration originally sold to the public as deal breakers when these talks began last November.

But equally important, Iran is going to get the release of tens of billions of dollars in frozen assets, information on how to thwart the next Stuxnet-type computer virus, access to advanced Chinese and Russian weaponry, and Europeans crawling all over each other to invest in Iran’s energy and infrastructure. Tehran has already secured over $100 billion in new energy deals.

Why does Iran want all of this? Iran wants to be the regional hegemonic power and put an end to the second-class status of Shiites. It wants to expand Shiite influence and build a Shiite crescent from its eastern border to the Mediterranean Sea.

In a culture based on honor and shame, the Shiites have experienced the degradation of being the outliers in Sunni-dominated Islamic cultures. Iran intends to restore the Shiite position of honor and use its new military might to dominate the Sunni Arab states.

Iran performed so spectacularly in the negotiations that if it didn’t really intend to have a nuclear program, it should have created one, just to appear—like North Korea—to negotiate it away in order to end up hitting the jackpot once the ink dries on the agreement.

Iran also wants to destroy Israel. This is not empty rhetoric. Israel’s existence on sacred Muslim ground—as the Iranians see it—is blasphemy. Israel’s presence in the region is a violation of Islam’s honor and the P5+1 mind-bogglingly didn’t think it necessary to require Iran to stop funding and advocating terrorism and the destruction of an ally.

But the mullahs are not going to launch a first strike against Israel, contrary to the Armageddon vision that has dominated discussions about the talks. The function of nuclear weapons is deterrence, and even the mullahs know that. The mullahs need nuclear weapons to create the type of balance of terror that dominated the Cold War.

Israel could find itself fighting a multiple-front war while having no strategic depth.

Iran through its control of Syria will be able to project power on Israel’s border. Years from now, a stronger Iran could launch a conventional war against Israel both from Lebanon through its proxy Hezbollah and with its own troops through Syria. Meanwhile, the Palestinian Authority, in this scenario, would strike from the West Bank, and Hamas would strike from Gaza. If there is one thing the Shiites and the Sunnis can agree upon, it is death to Israel.

Israel could find itself fighting a multiple-front war while having no strategic depth. The scenario is one in which Israel would choose to threaten nuclear retaliation if a strategic line is crossed. But Iran’s nuclear arsenal would cancel the threat, leaving Israel to fight a conventional war she cannot win.

All of that is what Iran got out of the deal.

So what did America get out of this deal? Let’s begin with the notion that the deal was not about Iran getting nuclear weapons, because the safeguards are far less than those imposed on North Korea, and North Korea developed nuclear weapons. The nuclear deal was window dressing for Barack Obama’s vision of a more humble and unexceptional America restoring relations with Iran while getting it to provide short-term stability to the region beginning with its potential defeat of the Islamic State.

After the expenditure of much blood and treasure, the Obama administration wants to exit the Middle East, downsize the American military, and turn its attention to social welfare programs, the likes of which benefit Mr. Obama’s constituency and which will remake America in the progressive image he supports. The president is so desperate to make this happen he is willing to leave behind four U.S. citizens held captive by Iran. He didn’t even think addressing their imprisonment should be part of the negotiations.

Still, the administration needs some nation state to preserve stability in the region, at least temporarily. That would be a new and strengthened Iran with Soviet and Chinese weapons.

The Iran agreement will transform both Iran and America. Iran will become the Middle East hegemonic power, and America will retreat to its own shores. Its military, meanwhile, will be reduced. Iran advances while America retreats. That is the purpose of the deal. That is the primary function that can be deduced from the deal’s outcome.

The agreement appears to be on the way to the United Nations before it gets through Congress. Mr. Obama is a citizen of the world, and America has to understand it is just another nation, one of many, unexceptional. A flawed nation in need of redemption. While Congress must send a message and vote against this agreement, their opinion is ultimately irrelevant, for once the UN approves the agreement, the sanctions will end.

The Iran agreement is about changing the Middle East balance of power and setting an epic precedent for changing America’s role in the world. The administration knew all along it could not negotiate Iran away from its nuclear ambitions. After all, Iran impoverished its own people to pursue a nuclear weapons program.

The negotiations were not about the bomb. They were about Mr. Obama’s perception that America needed to leave the Middle East but not leave it mired in chaos. Iran will fill the vacuum Mr. Obama is creating. That is the abominable result of the charade in Lausan 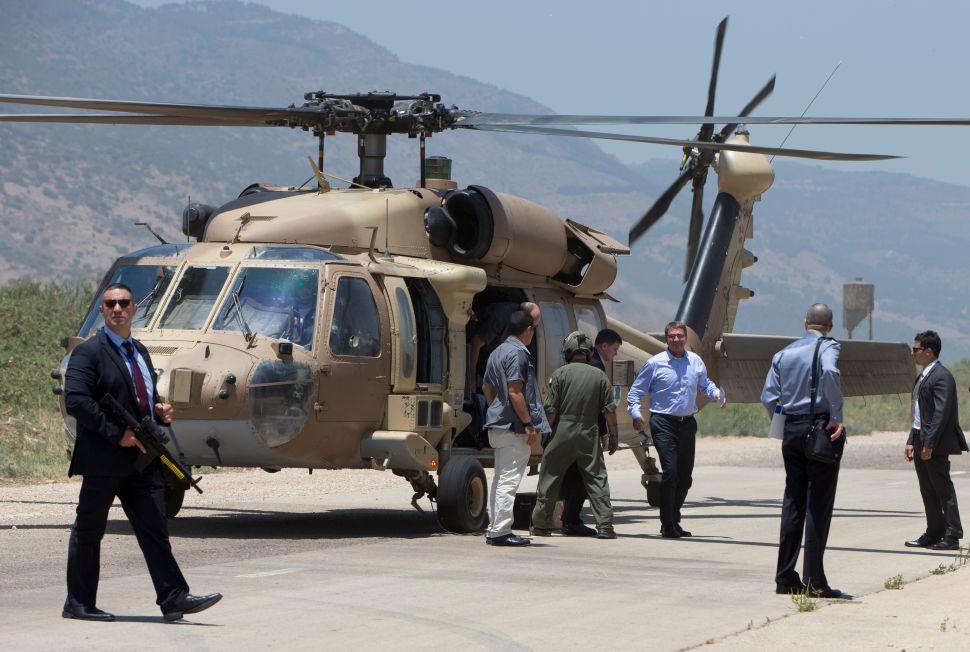