Cornel West took to his Facebook page on Thursday afternoon to deliver a blistering takedown of Ta-Nehisi Coates, whose new book, Between the World and Me, came out this week.

Mr. West seemed to take issue particularly with Toni Morrison’s endorsement of the book—which addresses the issue of race in America in the form of a letter to Mr. Coates’ son—and the fact that she had compared Mr. Coates to our generation’s James Baldwin.

“In Defense of James Baldwin – Why Toni Morrison (a literary genius) is Wrong about Ta-Nehisi Coates,” Mr. West, a professor emeritus at Princeton University, begins. “Baldwin was a great writer of profound courage who spoke truth to power. Coates is a clever wordsmith with journalistic talent who avoids any critique of the Black president in power.” (Mr. West originally referred to a “Tony” Morrison in his digital diatribe, though he has since corrected his mistake.)

Baldwin’s painful self-examination led to collective action and a focus on social movements. He reveled in the examples of Medgar, Martin, Malcolm, Fannie Lou Hamer and Angela Davis. Coates’s fear-driven self-absorption leads to individual escape and flight to safety – he is cowardly silent on the marvelous new militancy in Ferguson, Baltimore, New York, Oakland, Cleveland and other places. Coates can grow and mature, but without an analysis of capitalist wealth inequality, gender domination, homophobic degradation, Imperial occupation (all concrete forms of plunder) and collective fightback (not just personal struggle) Coates will remain a mere darling of White and Black Neo-liberals, paralyzed by their Obama worship and hence a distraction from the necessary courage and vision we need in our catastrophic times. How I wish the prophetic work of serious intellectuals like Robin DG Kelley, Imani Perry, Gerald Horne, Eddie Glaude commanded the attention the corporate media gives Coates. But in our age of superficial spectacle, even the great Morrison is seduced by the linguistic glitz and political silences of Coates as we all hunger for the literary genius and political engagement of Baldwin.

“As in jazz, we must teach our youth that immature imitation is suicide and premature elevation is death,” Mr. West concludes (though it’s unclear if he has listened to very early John Coltrane recordings, in which the great saxophonist sounds, sort of embarrassingly, like a bad Charlie Parker). “Brother Coates continue to lift your gifted voice to your precious son and all of us, just beware of the white noise and become connected to the people’s movements!”

Mr. Coates did not respond to an email request asking for comment, but Michael Eric Dyson, a professor of sociology at Georgetown University who wrote a withering takedown of Mr. West in the April issue of The New Republic, was more than happy to weigh in.

He described Mr. West’s Facebook post as an “acrimonious dirge,” a “bitter, nasty, sorrowful blue note,” and “despotically and willfully intolerant of the gifts and talents of those who may potentially eclipse him.”

“It shows the vast ineptitude of professor West’s scholarship,” Mr. Dyson told the Observer in a phone conversation. “The point I made in my piece is that he doesn’t keep up, he doesn’t read the freshest, newest, most insightful scholarship, nor does he write about it in any serious fashion or teach it in his curriculum, and it shows here.”

Mr. Dyson called Mr. Coates, who writes about race for The Atlantic, a “greatly gifted writer” who forms “sentences and thoughts that sing on the page and stick to the mind.”

“Every charge he made against Ta-Nehisi is patently false,” Mr. Dyson said. “Shall I introduce you to his essay on reparations? It has every bit of the analysis that West was hankering for,” Mr. Dyson added, alluding to Mr. Coates’s Atlantic cover story “The Case for Reparations,” which was published last summer. He also described Mr. West’s post as a rebuke of Toni Morrison. “And so now that makes her look like a dupe and a boob when she is a literary genius who possesses a Nobel Prize in literature,” he said. “I think her pedigree of assessment is far more convincing than Cornel West’s.”

Mr. Dyson suggested that Mr. West listen to “the great Ludwig Wittgenstein,” who said: “Whereof one cannot speak, thereof one must be silent.” 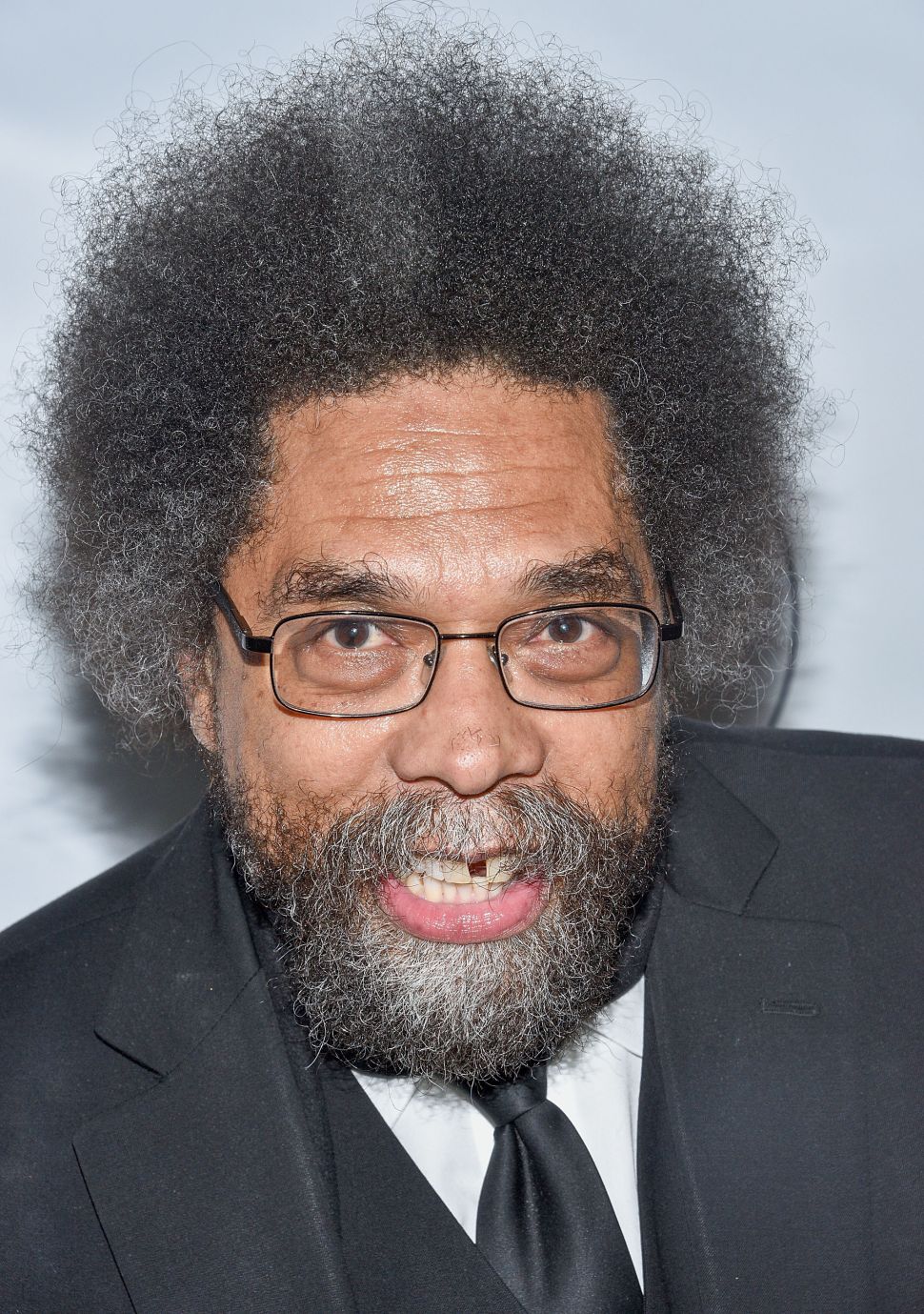 Filed Under: Media, Ta-Nehisi Coates, Cornel West, Michael Eric Dyson, between the world and me