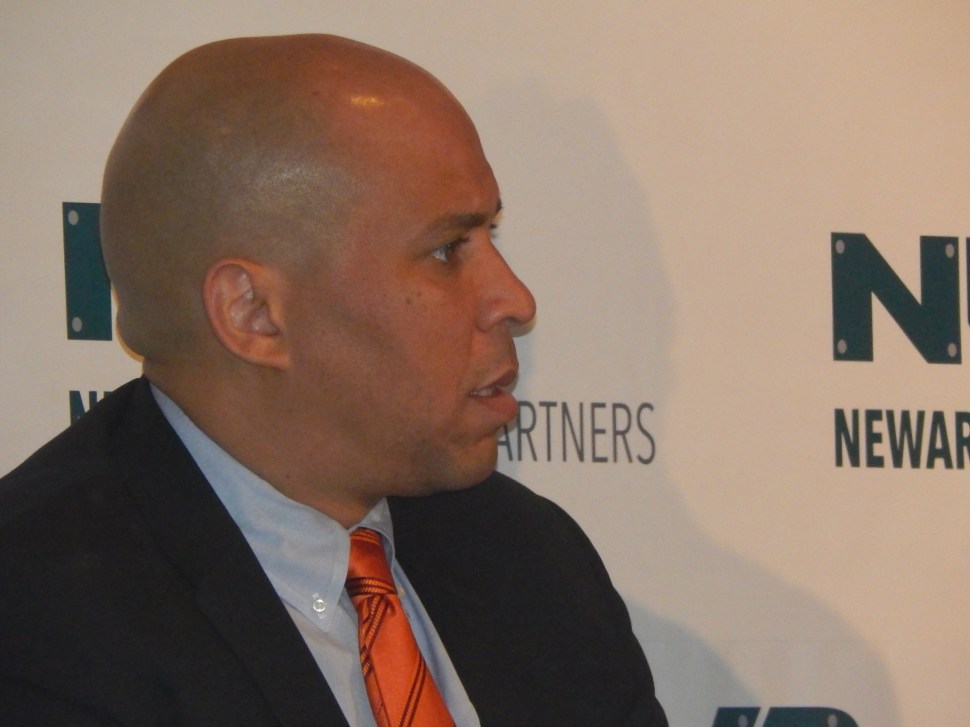 Senator Cory Booker (D-NJ) has refused to say whether he will support the President’s proposed Iran agreement. Yet for anyone who cares about our nation’s security, this should not even be a close call.

In order for the so-called Joint Comprehensive Plan of Action (JCPOA) to benefit the United States, three conditions need be met:

The JCPOA fails on all three counts.

Since its 1979 Revolution Iran has consistently violated nuclear non-proliferation treaties, anti-terrorism accords, human rights agreements, and even conventions against hostage taking. As recently as last month, the UN committee on Iran reported her continued violation of Security Council sanctions regarding its nuclear program.

Iran has concurrently been training anti-American militias in Syria, Iraq, Lebanon Yemen and Afghanistan aimed at achieving regional hegemony through exploiting the Sunni-Shia divide. As former Chairman of the Joint Chiefs of Staff, Admiral Michael Mullens acknowledged to Reuters in 2011: “Iran is very directly supporting extremist Shia groups which are killing our troops.

”This situation has only deteriorated in the intervening five years, with Iran now holding four American hostages, and directly taking the lives of US soldiers. Marine General Joseph Dunford reported to Congress this month that the commander of the Quds division of Iran’s Revolutionary Guard Corps, Qassem Soleimani, is directly responsible for killing a minimum of 500 US troops in Iraq, as well as many other assets in Syria, Lebanon and Yemen.During a July 18th television broadcast, Iranian Supreme Leader Ayatollah Ali Khamenei made clear Iran’s continued belligerence:

“The slogans ‘Death to Israel’ and ‘Death to America’ have resounded throughout the country, and are not limited to Tehran and other large cities. The entire country is under the umbrella of this great movement. Our policies toward the arrogant government of the United States will not be changed at all.”

Yet even if we ignore Iran’s hostile actions to date, dismiss her recent statements as mere rhetoric, and believe she is sincere in seeking to uphold the terms of the JCPOA, we are left with the treaty’s provisions – which are themselves diametrically opposed to US national interests. A few examples:

Funds to Iran – The US and European Union are scheduled to release $150 billion of frozen assets to Iran. While defending this during his July 15th press conference, President Obama acknowledged: “Do we think that with the sanctions coming down, that Iran will have some additional resources for its military and for some of the activities in the region that are a threat to us and a threat to our allies? I think that is a likelihood [now] that they’ve got some additional resources.”

Nuclear enrichment – Iran is allowed to continue uranium enrichment with over 6,000 gas centrifuges. According to the International Atomic Energy Agency (IAEA), this is a larger number than Iran had when President Obama took office. For the next 15 years, the centrifuges are to be used to enrich uranium at a low level of purity. However, as Secretary of State Kerry, told CNN in an interview taped July 17th Iran already has “12,000 kilograms of highly-enriched uranium, and that’s enough if they enriched it further for 10 to 12 bombs.”

Delayed inspections – Iran is allowed to delay IAEA inspections for a minimum of 24 days – and upon appeal, several months. According to experts, this is sufficient time for the Iranians to destroy or hide evidence of weapons presence and higher levels of enrichment than allowed under the JCPOA.

Precluded Inspections – Contrary to the Obama Administrations claims of “anytime, anywhere inspections,” two side agreements to the JCPOA prevent IAEA inspections of their Parchin military base, at which they have previously conducted nuclear-warhead development, and to otherwise preclude IAEA examination of related PMD – possible military dimensions – of its nuclear program.

Protection of Iran’s Nuclear Sites – Most perversely, the JCPOA obligates the United States to protect Iran’s nuclear sites and systems from Israeli and other attacks. It requires the US to “strengthen Iran’s ability to protect against, and respond to nuclear security threats, including sabotage, as well as enable effective and sustainable nuclear security and physical protection systems.”

Ballistic weapons – The JCPOA lifts ballistic missile restrictions. Iran is only “called upon” to voluntarily avoid using such technology. This is critical, because ballistic missiles are those used for launching and delivering nuclear weapons.

Removing Terrorists from International Sanctions – Under JCPOA, the US agrees to remove several of Iran’s most dangerous citizens from the yoke of sanctions. These include: General Qassem Soleimani – the man responsible for the killing over 500 US troops in Iraq; and Brigadier General Hossein Salami – who said just last year: “We are confident that Allah’s promises will come true and in the end the Islamic world will be the graveyard of America and the Zionist regime’s policies along with their allies in the region.”

“Snap Back” Sanctions – If the US does confirm Iran is violating the JCPOA, re-imposition of sanctions requires a vote by the UN Security Council. Yet, Iran has said that if there is a vote to re-impose sanctions, it is absolved of its obligation to uphold the terms of the agreement! Furthermore, re-imposition of sanctions would require Great Britain, Germany, France and other nations to be in accord. Given their economic interest in trading with Iran, it is highly unlikely that they would do so. So if Iran violates the JCPOA there is no practical ability to put the proverbial genie back in the bottle.

What of the JCPOA’s impact upon other nations? In the Middle East, Iran’s hand is fortified in her proxy wars in both Syria and Iraq. Saudi Arabia has stated that it will now consider acquiring its own nuclear arms to defend itself. Other neighboring Arab nations have indicated that they will likely expand their own military arsenals due to a distrust of Iran. Israel has said it will consider proactive unilateral actions if it deems them necessary to forestall Iranian aggression.

While our Middle East allies play defense, Russia and China are key beneficiaries. It has been reported that both believe JCPOA will allow them to profit from increased Iranian oil production, arms demand, and infrastructure needs.

The JCPOA will consequently strengthen our adversaries while weakening our regional allies.Ronald Reagan concluded following the breakdown of talks with the Soviets at Reykjavik –- no deal is better than a bad deal. That insight is as true today as it was then.

Mr. Weingarten is Managing Director of Quest Associates, Inc. He previously served as a member of the New Jersey General Assembly (R-Essex/Union). 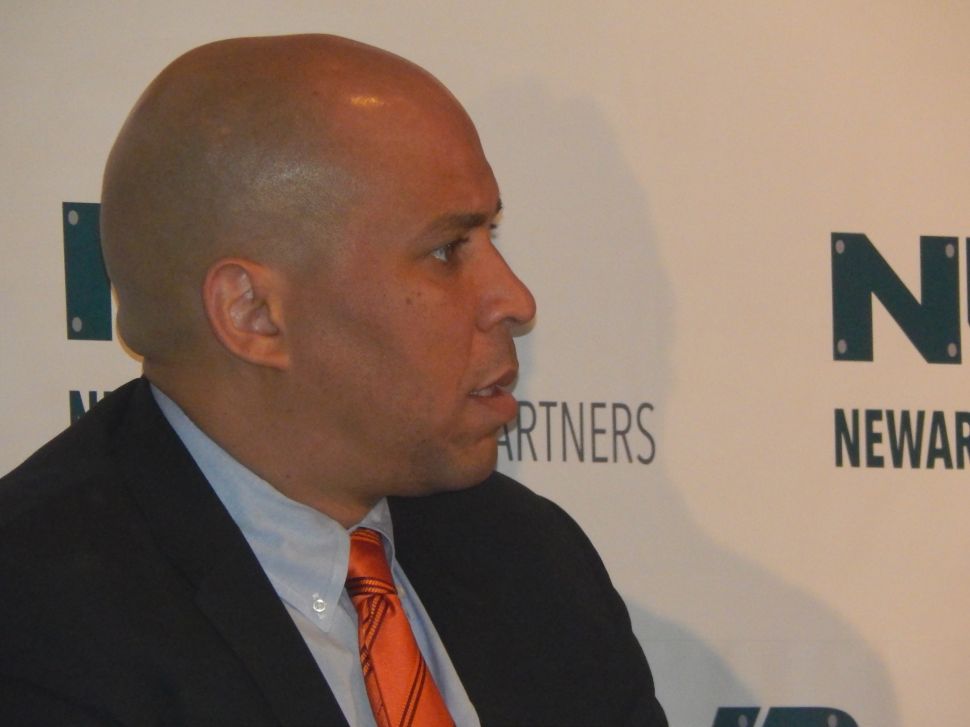