Ms. Bruguera is set to begin the residency later this month, according to a press release.

The program is being supported through private funds from the Shelly and Donald Rubin Foundation and public funds from the Department of Cultural Affairs.

“I have been inspired by Tania Bruguera’s vision for art as something that can propose real, tangible solutions for the people involved since I met her 15 years ago,” said Mr. Finkelpearl in a statement. “I am enormously excited to support her work that uses art to forge a new model for enhancing our public services through creative practice.”

Ms. Bruguera’s participatory artwork has long focused on community engagement as a means of addressing social and political issues.

The Museum of Modern Art also announced Monday that it had acquired one such work for its permanent collection: Untitled (Havana, 2000). The piece was originally created and shown at the Havana Biennial in 2000 at La Cabana, a fortress that was a penitentiary during the Cuban Revolution. For the work, the artist covered the location’s floors with sugar cane, and asked naked male performers to walk the area while a film of Fidel Castro played in the background.

The artist was arrested, and her passport seized by the Cuban government, in December 2014 after attempting to complete a performance work on Havana’s Plaza de la Revolucion. But making a fortuitous trio of events for the artist on Monday, her passport was finally returned. However, she has refused to leave until she is given a legal document that will allow her to return to Cuba. According to a report from The Art Newspaper, she was also arrested on two separate occasions between June and July for participating in protests with the group Damas de Blanco.

The artist said, in a statement released by #YoTambienExijo, “My argument has never been about leaving Cuba; my argument is about working so there is freedom of expression and public protest in Cuba. People should feel free to say what they think without fear of losing their jobs or university standing, of being marginalised or imprisoned.”

In New York, in 2011, the artist established Immigrant Movement International, a collaboration with the Queens Museum and nonprofit public arts organization Creative Time. The work is a community space in Corona, Queens that offers educational programming and health and legal services for the immigrant population of the neighborhood.

For the MOIA residency, Ms. Bruguera will work with IM International to create a series of art projects centered around the IDNYC program in neighborhoods of the city with large immigrant populations. The card makes a variety of city services available to holders, including the ability to access checking accounts at major financial institutions, enter hospitals and schools, and receive discounts at cultural institutions.

“This project provides a unique opportunity to enhance the notion of art as a useful tool to materialize a vision of a more inclusive society,” said Ms. Bruguera. 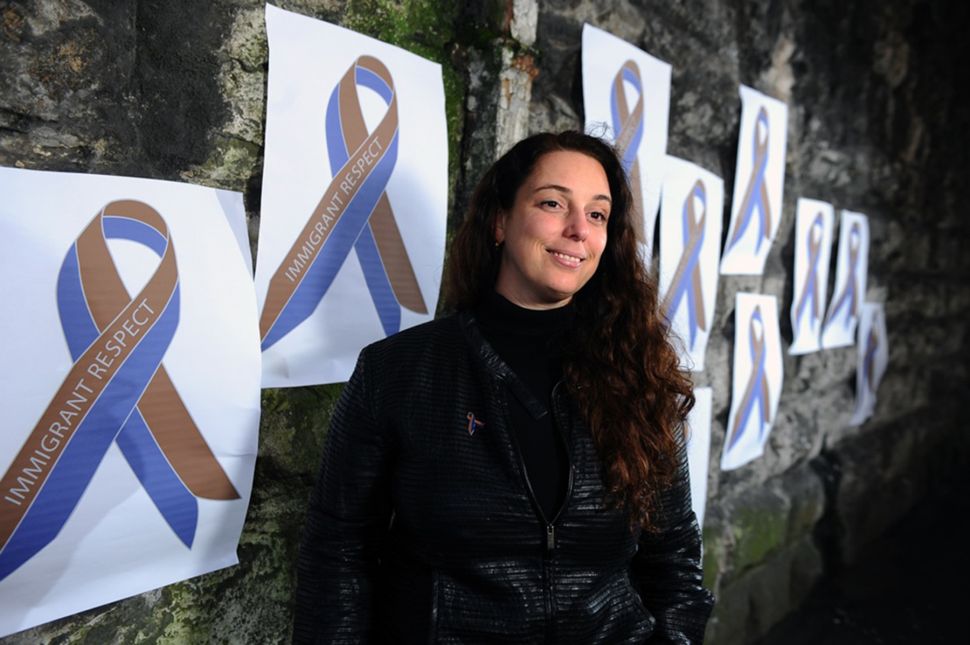