The Twitter account Very British Problems (@SoVeryBritish), with over a million followers and counting, is without a doubt one of the funniest on either side of the Atlantic. Whether you’re a native of the British Isles or just an Anglophile like this writer, the feed’s good-natured ribbing of English customs is always good for a chuckle:

"Thanks for helping with the washing up" – Translation: Thanks for putting all my plates and pans in the wrong place

The account has already inspired a book, and now British network Channel 4 has commissioned it as the first British Twitter feed to inspire a TV series. The televised version of Very British Problems will feature celebrities like James Corden “talking about the crushing weirdness and awkwardness of life as a Brit,” according to a press release.

On the surface, this is welcome news. The Twitter account is beloved, and contains a lot of fodder for comedy—and Channel 4, with trademark British restraint, has only ordered three 60-minute episodes of the series (remember, the British version of The Office was only 12 episodes).

But there is also cause for concern here—what is funny for 140 characters isn’t necessarily funny for an hour. This may be Britain’s first crack at “Twitter on TV,” but Channel 4 executives would do well to look across the pond, as American television offers several cautionary tales.

Justin Halpern’s Twitter account Shit My Dad Says, which collected his angry father’s annoyed musings on the world, amassed almost three million followers when it went live in 2009, and also inspired a book, so in 2010 CBS green-lit a TV adaptation starring William Shatner. The show got decent ratings, but its reviews were terrible and it was cancelled after 18 episodes.

Other, more recent shows inspired by millennial tech have also fizzled—Selfie, an ABC comedy based on social media trends, was cancelled after only 13 episodes.

This could be a real problem for Very British Problems. Making too many changes to the formula, whether by neutering the humor or expanding it to uncomfortable lengths, could ruin a Twitter account that has brought joy to so many people. If too many Brits shut off the TV or hit the unfollow button, both Channel 4 and Very British Problems could end up with egg on their faces.

Here’s hoping Very British Problems bucks the trend of Twitter TV. If not, a drafty window will be the least of Channel 4’s worries. 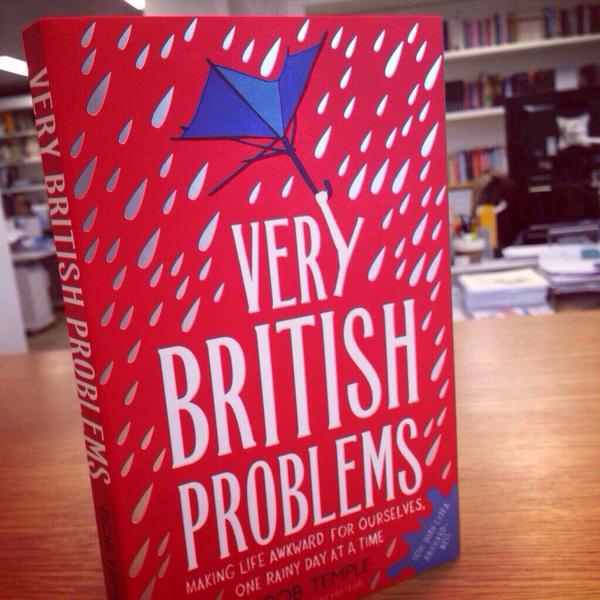