Violence, snow, chocolate glazed donuts and creepy Todd from Breaking Bad. There’s not much more you could ask for from Fargo‘s first season two trailer.

That doesn’t mean there isn’t anything else to see. Although plot details are scarce in the quick-cutting commercial, we do get a glimpse of Kirsten Dunst and the aforementioned Jesse Plemons as Peggy and Ed Blomquist, along with Patrick Wilson as a young Lou Solverson. Season two of Fargo, set in 1979 Sioux Falls, South Dakota, also includes names like Bruce Campbell, Nick Offerman, Ted Danson, and Jeffrey Donovan.

Fargo season two premieres in September. Until then, do yourself a favor and lock the door. 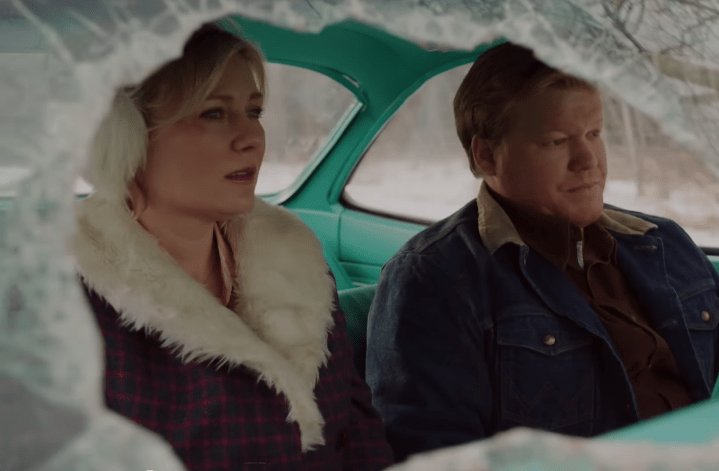