Despite a population that is over 42 percent Hispanic, only two of Hudson County’s 12 towns have Mayors with a Hispanic/Latino background. Though the embattled Mayor Felix Roque of West New York asserts that he is not stepping down despite a scandal that alleges he accepted over $250 thousand in bribes, if the mayor does step down, the county would be left with Kearny Mayor Alberto Santos as the lone Hispanic representative in the highest municipal position.

Hudson County, is also a Democratic stronghold with 11 of the 12 mayors classifying themselves as Democrat (Mayor Mike Gonnelli of Secaucus is Independent).

For Roque—a Cuban American—this lack of representation is something that needs to be addressed by the Democratic Party.

“Even though the population is up around 50% in some towns like Guttenburg, you haven’t see the Hispanics step up to the plate,” Roque said. “I don’t think it is ok. We should be enticing more of the youth into getting into politics as a way to make a difference in this world.”

Because of the rising numbers of Hispanic voters—Hispanics are expected to surpass blacks as the larges minority group in the U.S.—Roque believes that increased representation is critical.

“We are very instrumental in the future of politics,” Roque said. “You can see it in Obama’s winning. He did it because of the Hispanic Americans coming out and supporting him.”

Hudson County GOP Chairman Jose Arango agrees that Hispanics are underrepresented in Hudson and says that neither Democrats nor Republicans “can take ownership” of the issue.

“I think both parties should be doing better for Hispanics, women and African American representation,” Arango said. “It is a bipartisan thing. Hudson County being the stronghold of the Hispanic community just keeps voting for the same people who are already there.”

Arango believes that, though both parties need to improve, Republicans are doing more to represent the varied demographics in Hudson County and around New Jersey.

“We are the more inclusive party in Hudson County but that doesn’t mean it is enough,” Arango said. “Democrats just have better public relations in terms of putting that message out there but, even just looking at the Presidential candidates on each side, who is more inclusive?”

“I think we need both representation at the federal and municipal levels,” Roque said. “We are very proud of our Senator. He is like a super hero to many Hispanics because he was a Cuban American mayor, a congressman and a Senator. I believe being a public official is the way to make a difference.”

For Arango, though, high-ranking officials like Menendez actually do not demonstrate what he feels is a decline in Latino representation in Hudson County. According to Arango, some counties like Burlington, are doing a better job at being inclusive than Hudson, even though there is a smaller population base.

“Senator Menendez was first elected in the 1980s,” Arango said. “I actually think we are worse now than we have been in the past. But, when it comes down to it, the most important thing is not Latino or not. It is if they are doing a good job for their communities.” 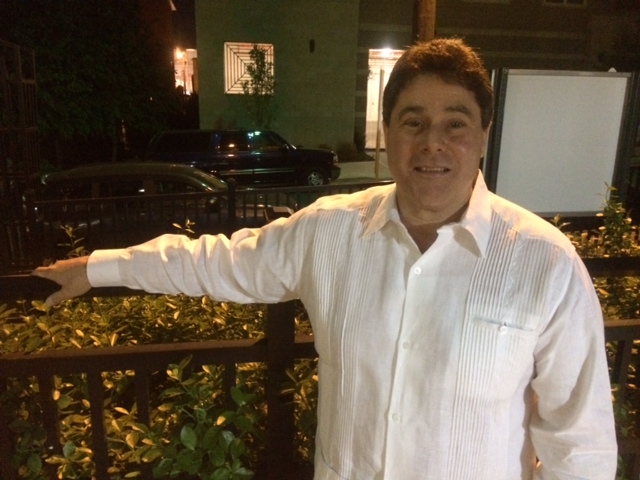